The Suns are looking to renovate their arena 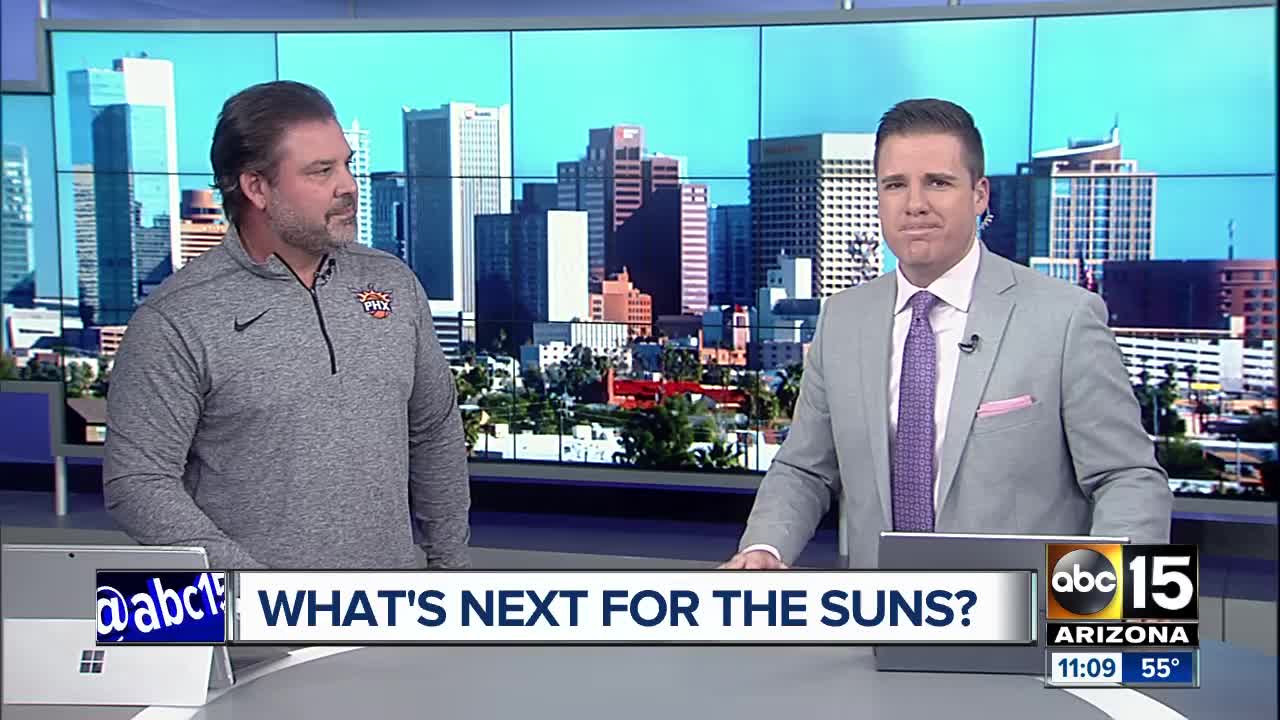 Phoenix Suns team president Jason Rowley breaks down the team's stance on stadium renovations being discussed with the city. 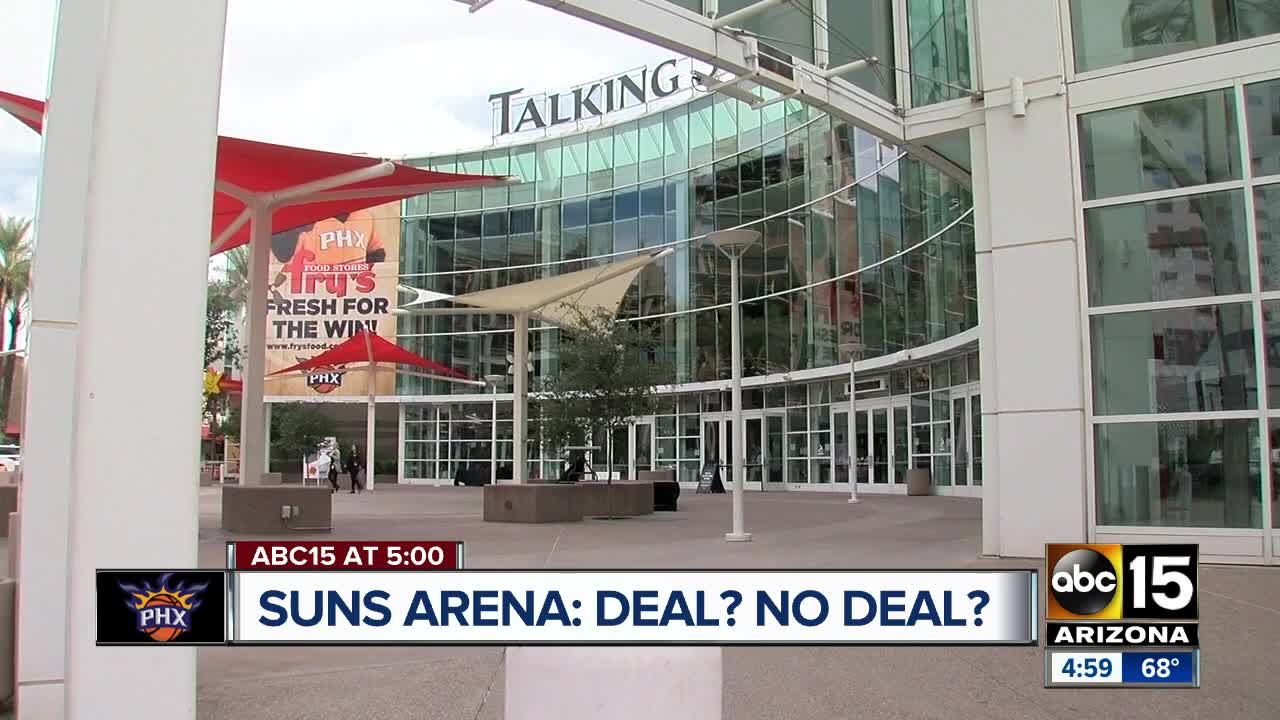 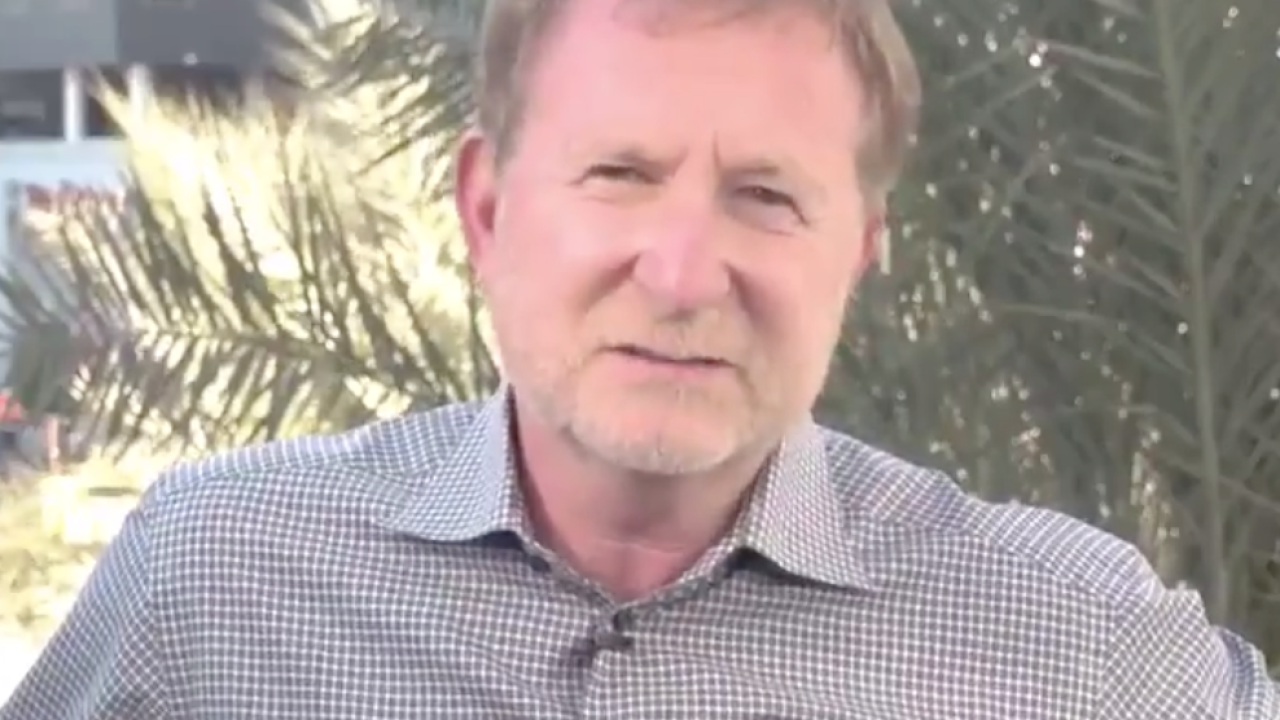 Phoenix Suns owner Robert Sarver issued a video statement Thursday stating that the Suns will not be leaving Phoenix.

"First and foremost, the Phoenix Suns are not leaving Phoenix," Sarver said. "I am 100 percent committed, and have been for the last four years, to find a solution keep them in downtown Phoenix where they belong. I am a strong proponent, as evidenced by the term sheet that I signed last week, that we should renovate the Talking Stick Resort Arena and once again restore it to a world-class facility.

"In addition, it is important for the Phoenix Suns to build a first-class practice facility, so the players of the Suns and the Phoenix Mercury can continue to develop. I am 100 percent all-in in keeping this team right here where we stand, and I want to make sure that message comes across crystal clear to every one of you."

The Phoenix City Council delayed Wednesday's scheduled vote on whether to allocate $150 million toward a $230 million overall renovation of Talking Stick Resort Arena. A letter from City Manager Ed Zuercher Wednesday morning asked for the meeting item to be continued to Jan. 23. It also requested that two meetings be held prior to the delayed vote, in order for Phoenix residents "to learn more about the proposal and provide input."

Talking Stick Resort Arena is home to the Phoenix Suns, as well as the Phoenix Mercury, Arizona Rattlers and many concerts throughout the year.

ABC15 caught up with former Phoenix Mayor Phil Gordon Friday night, who said the city needs to come up with some sort of solution to prevent the team from leaving.

"It would leave this dark hole, literally in the middle of what was once a thriving Downtown," Gordon explained.

The former mayor says it wouldn't just be downtown Phoenix that is missing out. He also worries the rest of the county and state could lose out in tens of millions of dollars in revenue.

ABC15 also caught up with Suns' star Devin Booker who said he also wants his team to stay put.

"I love Phoenix!" he said, discussing a tweet he sent out Thursday night. "There's a lot going on right now. And I just want everyone to know that I love Phoenix."

The proposed renovation "will include significant repair and replacement of mechanical, electrical and plumbing infrastructure" for the arena, which the Suns have called home since the 1992-93 NBA season.

If approved, the Suns will build an off-site practice facility in Phoenix, at an estimated cost of $25-$50 million. The Suns will be required to pay for the facility.

Currently, the Suns' arena contract with the city runs through 2032, but the team could opt out as soon as 2022 if certain criteria are met. If approved, that contract would be extended until 2037, with an option to extend it to 2042.

The city also anticipates collecting additional fees and rent from the Suns as a result of the proposed renovation -- an estimated $60 million over the term of the agreement.