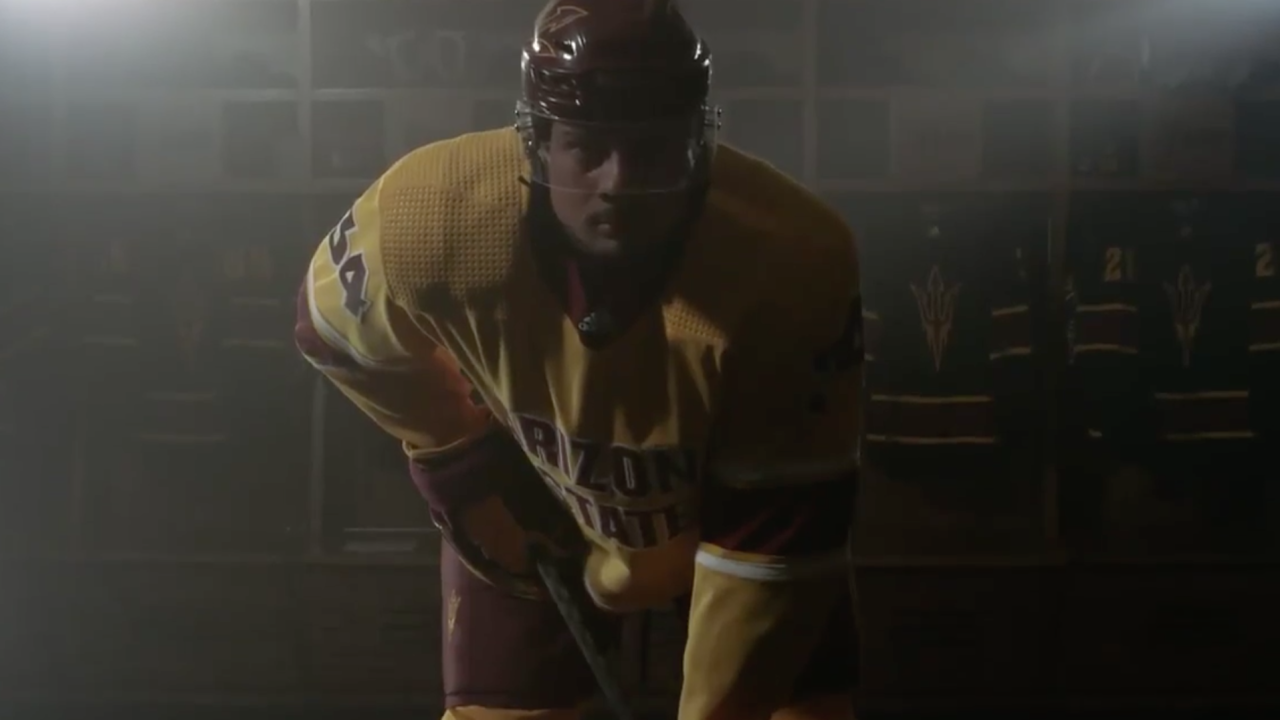 In the last few months, the Sun Devils received a commitment from the son of legendary Arizona Coyotes captain Shane Doan, brought former NHL goaltender Eddie Lack on to their coaching staff and won a historic tournament in China.

And on Thursday, they had a Valley native-turned NHL superstar showing off their new threads.

Auston Matthews, a former Scottsdale resident who was the No. 1 overall pick by the Toronto Maple Leafs in the 2016 NHL Draft, was featured in a video wearing ASU's latest hockey jersey, the adidas Gold Heritage adizero jersey.

The Sun Devils will wear the uniforms when they open their season in Tempe on Oct. 5-6.

Bringing new 🔥 to the ice.

Inspired by the past, created for the future.