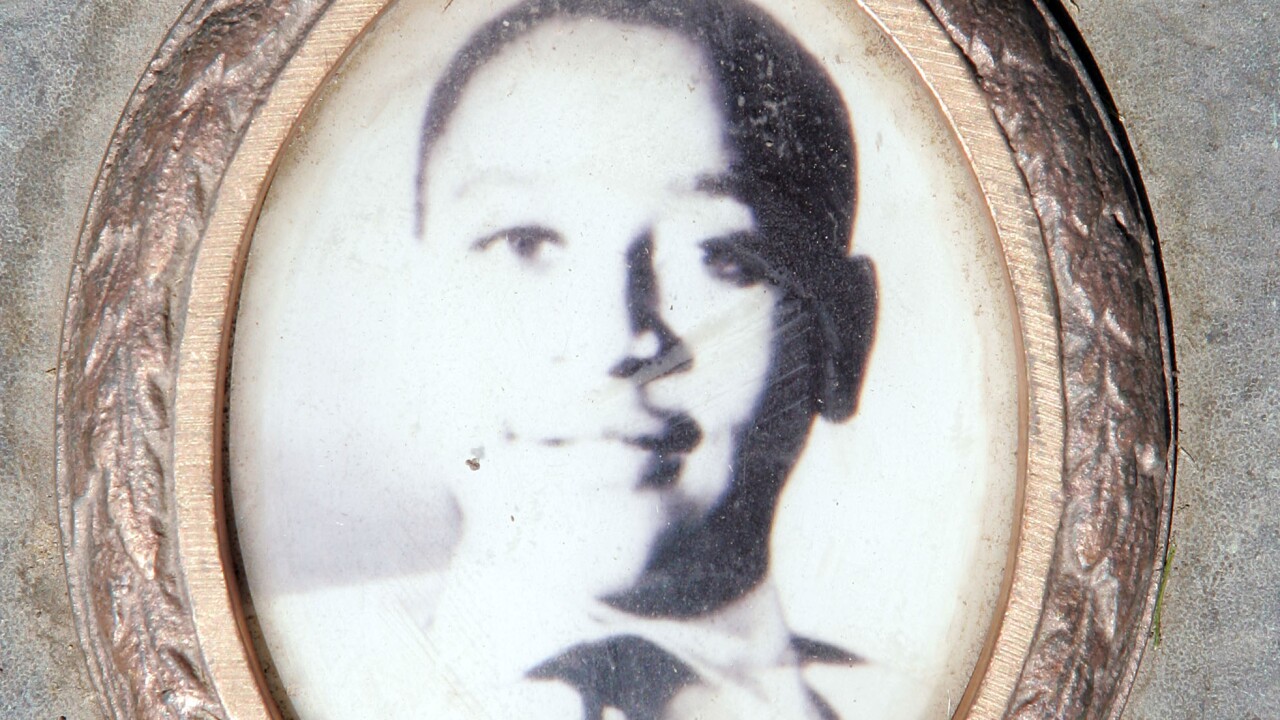 Scott Olson/Getty Images
ALSIP, IL - MAY 4: A photo of Emmett Till is included on the plaque that marks his gravesite at Burr Oak Cemetery May 4, 2005 in Aslip, Illinois. The FBI is considering exhuming the body of Till, whose unsolved 1955 murder in Money, Mississippi, after whistling at a white woman helped spark the U.S. civil rights movement. (Photo by Scott Olson/Getty Images)

CHICAGO, IL — A Chicago White Sox official says it was "poor form" for the team to show a scoreboard graphic of "famous people from Chicagoland" that grouped lynching victim Emmett Till with game show host Pat Sajak and film icon Orson Welles.

Scott Reifert, the team's vice president of communications, said Sunday that he told the staffer who created the graphic shown during Saturday's game against the Minnesota Twins that listing the slain black teenager next to the others "kind of minimalizes (that this) is a young man who lost his life."

He says it was "poor form" and that the intent "wasn't to insult anybody." He also says the staffer won't be disciplined and there will be no change in protocol.

The 1955 killing of the 14-year-old Till in Money, Mississippi, shocked the nation and was a watershed moment in the civil rights movement.