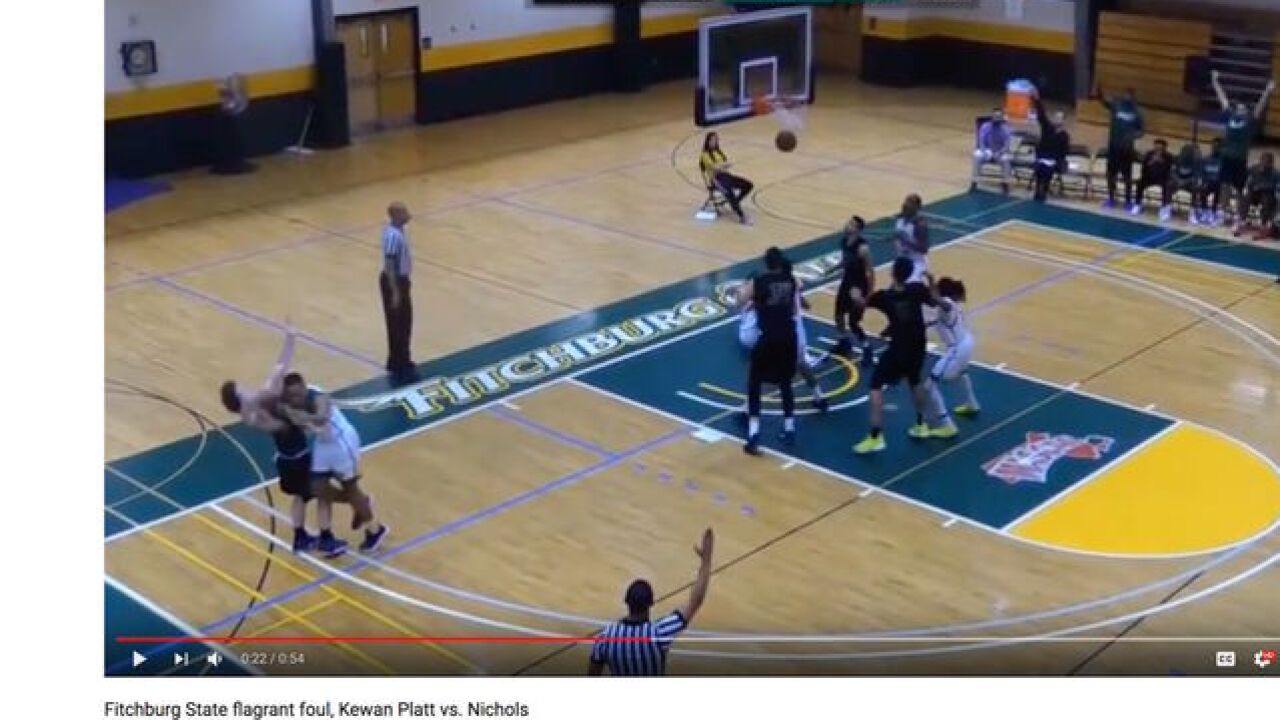 A college basketball player is under fire for hitting an opponent with his elbow after complaining about what he thought was a missed call.

Multiple videos online show Division III Fitchburg State player Kewan Platt complain to a referee after apparently wanting a foul to be called on a shot that he missed. Moments later, a Nichols player attempted a three-point shot on the other end of the floor.

Platt can be seen in the video running across the court and hitting Nate Tenaglia with his elbow in the face long after Tenaglia had shot the basketball.

UPDATE: According to Sports Center, Platt has been suspended and banned from campus "indefinitely" after the hit.

Late in a loss to Nichols College, Fitchburg State's Kewan Platt hit Nate Tenaglia with a right elbow. He has been suspended indefinitely and banned from campus. https://t.co/51qbaTl5oJ pic.twitter.com/BgUBu7Y4wP

Watch the full sequence in the player below:

Platt was immediately ejected from the game.

Sports personality Michael Rapaport even used very explicit language to say Platt should be charged for assault and says being kicked off the team isn't enough.

According to TMZ, the Fitchburg Athletic Director called the other team and apologized for Platt's actions. TMZ also reports Tenaglia did not suffer any serious injury from the play.