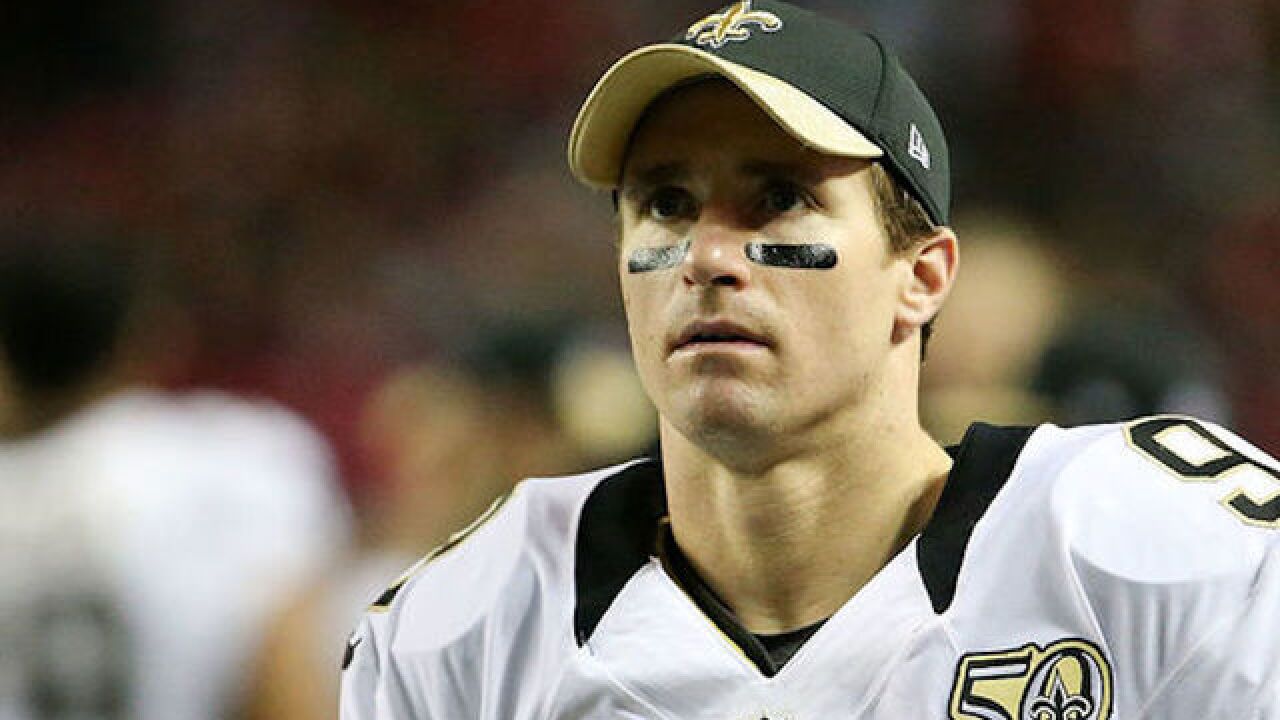 Copyright 2018 Scripps Media, Inc. All rights reserved. This material may not be published, broadcast, rewritten, or redistributed.
Maddie Meyer
<p>ATLANTA, GA - JANUARY 01: Drew Brees #9 of the New Orleans Saints looks on from the sidelines during the second half against the Atlanta Falcons at the Georgia Dome on January 1, 2017 in Atlanta, Georgia. (Photo by Maddie Meyer/Getty Images)</p>

SAN DIEGO — NFL quarterback Drew Brees and his wife say a San Diego jeweler lied and falsely represented the value of the jewelry sold to them.

That's according to a lawsuit in which Brees and his wife are seeking $9 million in damages and court costs from Vahid Moaradi, the founder of CJ Charles Jewlers, for fraud, a breach of an oral contract, and violations of business professions code.

The lawsuit accuses Moradi of making friends with the Breeses and then using his "relationship and position to induce" Brees to rely "on his false representations as to the investment quality and market value" of numerous diamonds, a lawsuit filed in San Diego said.

In the lawsuit, Brees says he has spent millions of dollars in business with Moradi, purchasing jewelry as gifts and as investments.

"In total, [the Brees] invested approximately $15 million in investment quality diamonds recommended by Moradi," the suit states. "The independent appraiser determined the true market value of the diamonds ... was approximately $9 million less than the prices the [Brees] paid."

Brees also claims that Moradi "confessed he charged Plaintiffs a substantial markup," in one case charging a 550 percent markup. Brees also argues that Moradi went so far as to conceal the true quality of the diamonds using "reflective and painted settings."

Moradi has fought back against the allegation. His attorney issued a statement, saying Brees has only himself to blame.

"Drew Brees aggressively purchased multi-million dollar pieces of jewelry. Years later, claiming to suffer ‘cash flow problems,’ he tried to bully my client into undoing the transactions," Eric George, Moradi's attorney, said. "Mr. Brees’s behavior and his belief that he was wronged because the jewelry did not appreciate in value as quickly as he hoped both demonstrate a lack of integrity and contradict basic principles of both economics and the law.

"He should restrict his game-playing to the football field, and refrain from bullying honest, hard-working businessmen like my client."