SI on Tate: 'Hand Him the Heisman' 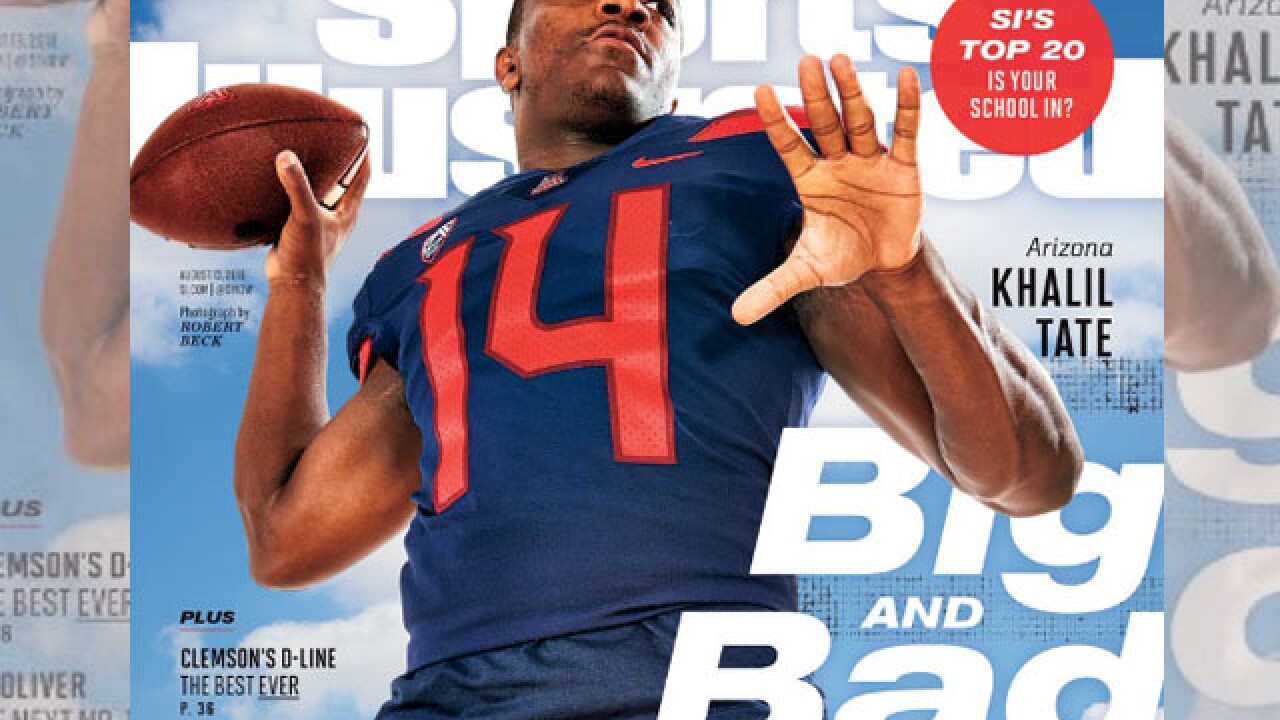 Arizona Wildcats star quarterback Khalil Tate has emerged as a national figure on the sports scene, and his latest claim to fame is a regional Sports Illustrated cover.

"Hand Him the Heisman," says the cover, which also labels Tate as "Big and Bad."

Sports Illustrated lists Tate and the Wildcats as No. 19 in its preseason rankings.

In 2012 and '13, Kevin Sumlin revitalized Texas A&M with Johnny Manziel running the offense, but without Manziel the Aggies floundered, and Sumlin was fired last fall. Now, with junior Khalil Tate at QB, Sumlin has one of the nation's most electric offenses, but he'll need a lot more than highlight-reel moments to succeed. In the SEC, Sumlin struggled partly because A&M couldn't stop the run; in Tucson he inherits a young D that finished 10th in the Pac-12 and ninth in rushing yardage. Most important, the 54-year-old will have to revitalize the Wildcats' recruiting-his predecessor of six seasons, Rich Rodriguez, failed to bring in elite talent outside of Tate.

Arizona opens the season Sept. 1 at home against BYU.