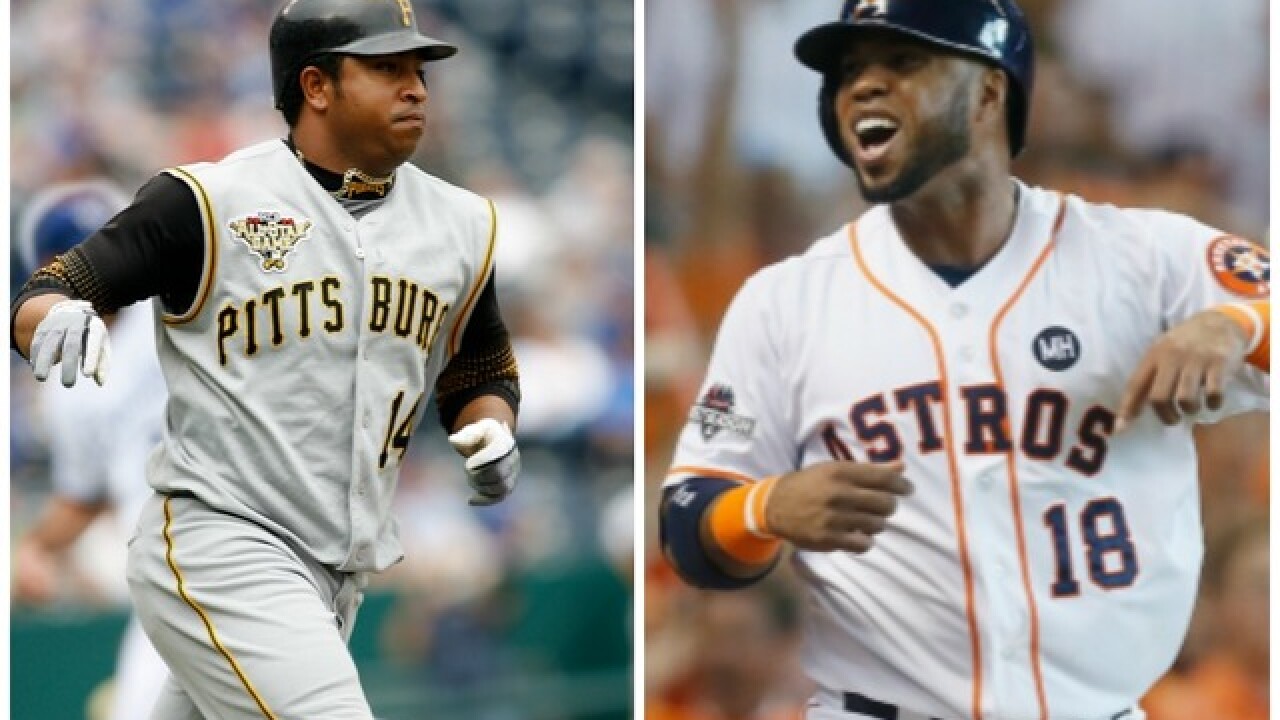 Former MLB players Luis Valbuena and Jose Castillo have been killed in a car crash in Venezuela, according to multiple media reports.

The two were teammates on a winter ball team in Venezuela at the time of the crash on Thursday.

Our hearts are extremely saddened to hear the news of Luis Valbuena and Jose Castillo’s passing. Our thoughts and prayers are with their families, friends and anyone affected by this tragic loss. They’re now up there with the Angels in the outfield.

Castillo was 37 at the time of his death and finished his career with the Houston Astros. Valbuena, 33, most recently played for the Los Angeles Angels and was a sought-after free agent in this MLB offseason.

The MLB tweeted: "We are saddened by the tragic news that Luis Valbuena and former major leaguer José Castillo have died in a car accident."

We are deeply saddened to hear of the passing of former Angel Luis Valbuena and former MLB infielder José Castillo. Our thoughts and prayers are with their loved ones during this time of grief. pic.twitter.com/GxegOtJXuB

We send our deepest condolences to the family and loved ones of former Mariner Luis Valbuena.

He played the game with passion and he will be missed. pic.twitter.com/EhTNeSP5OM

Details on what led up to the crash have not yet been released.