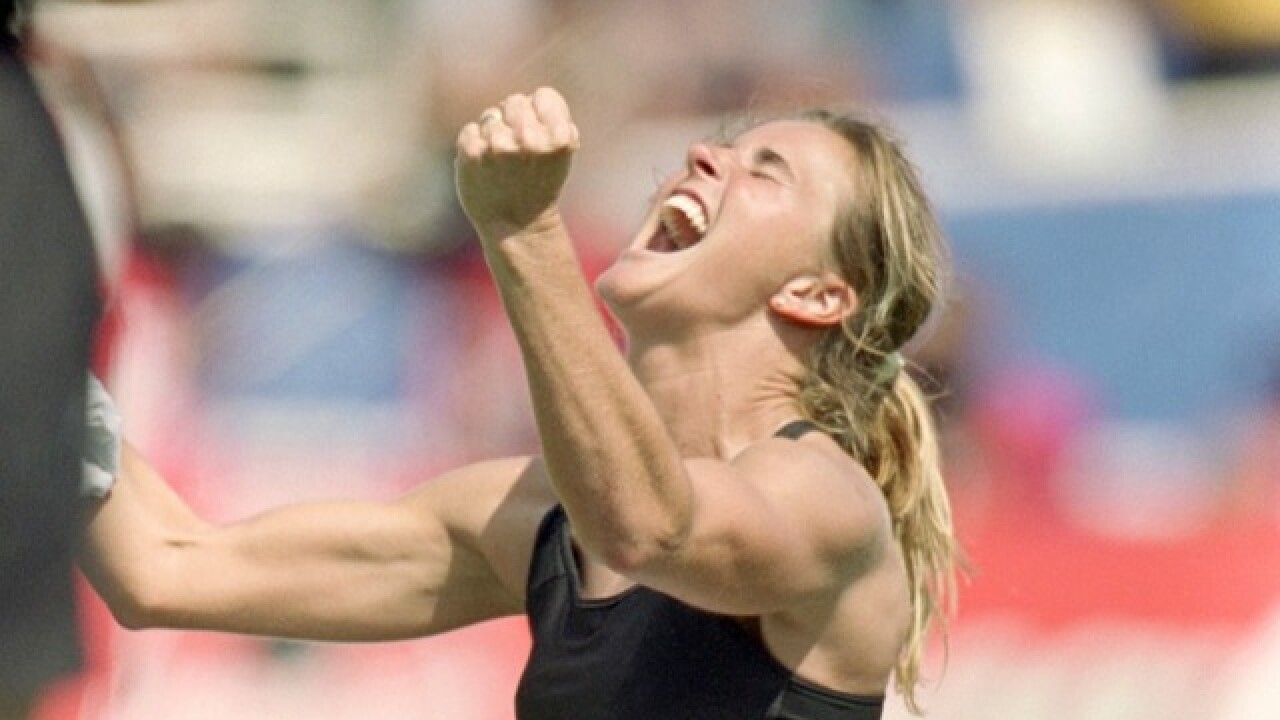 Copyright 2018 Scripps Media, Inc. All rights reserved. This material may not be published, broadcast, rewritten, or redistributed.
<p>Brandi Chastain of Team USA celebrates during the Women's World Cup against Team China at The Rose Bowl on July 10, 1999 in Pasadena, California. Team USA won 5-4. (Getty Images)</p>

Social media is finding little to like about the likeness on a plaque honoring retired soccer champion Brandi Chastain.

The Bay Area Sports Hall of Fame in San Francisco unveiled the plaque on Monday night. Chastain diplomatically said "it's not the most flattering. But it's nice."

Brandi Chastain is one of the most beautiful athletes I’ve ever covered. How this became her plaque is a freaking embarrassment for BASHOF. Makes Cristiano’s look perfect. pic.twitter.com/hta6c0cmSo

Hall of fame vice president of finance and administration Anthony Savicke told The Mercury News images on the plaques are "representations" and never intended to be photographic likenesses.

But on Tuesday, Hall of fame president Kevin O'Brien told USA TODAY that Chastain will soon receive a new plaque. "It was not a good job on the part of the artist. We're going to do a better job this time," he said.

The 49-year-old Chastain is often remembered for ripping off her jersey and showing her sports bra after nailing the game-winning penalty kick for Team USA in the 1999 World Cup. She played on the U.S. Women's National Team from 1988-2004 and was inducted into the National Soccer Hall of Fame in 2017. She has worked as a broadcaster since 2008.