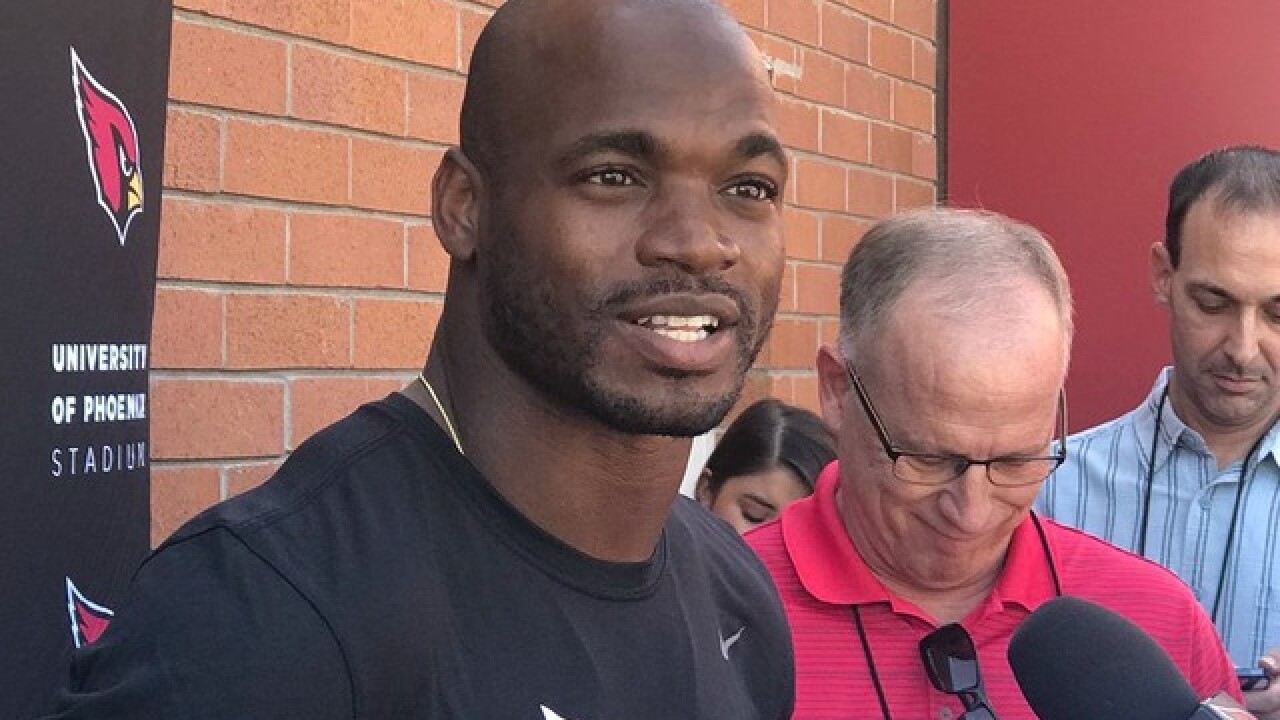 A judge has ordered former Minnesota Vikings star Adrian Peterson to pay about $600,000 after he defaulted on a loan from a suburban Minneapolis bank.

Crown Bank in Edina sued Peterson in November after he failed to pay the balance of a $2.4 million loan he took out in May 2016. The Star Tribune reports that Peterson initially defaulted on the loan in October 2016, shortly after injuring his knee. He then paid about $1.9 million on the loan.

Peterson had pledged his Vikings contract as collateral for the loan. The Vikings released him before the 2017 season.

Court records show Peterson didn't file an answer to the lawsuit or contest the bank's claims.

Peterson played in six games for the Arizona Cardinals until a neck injury ended his season last year.