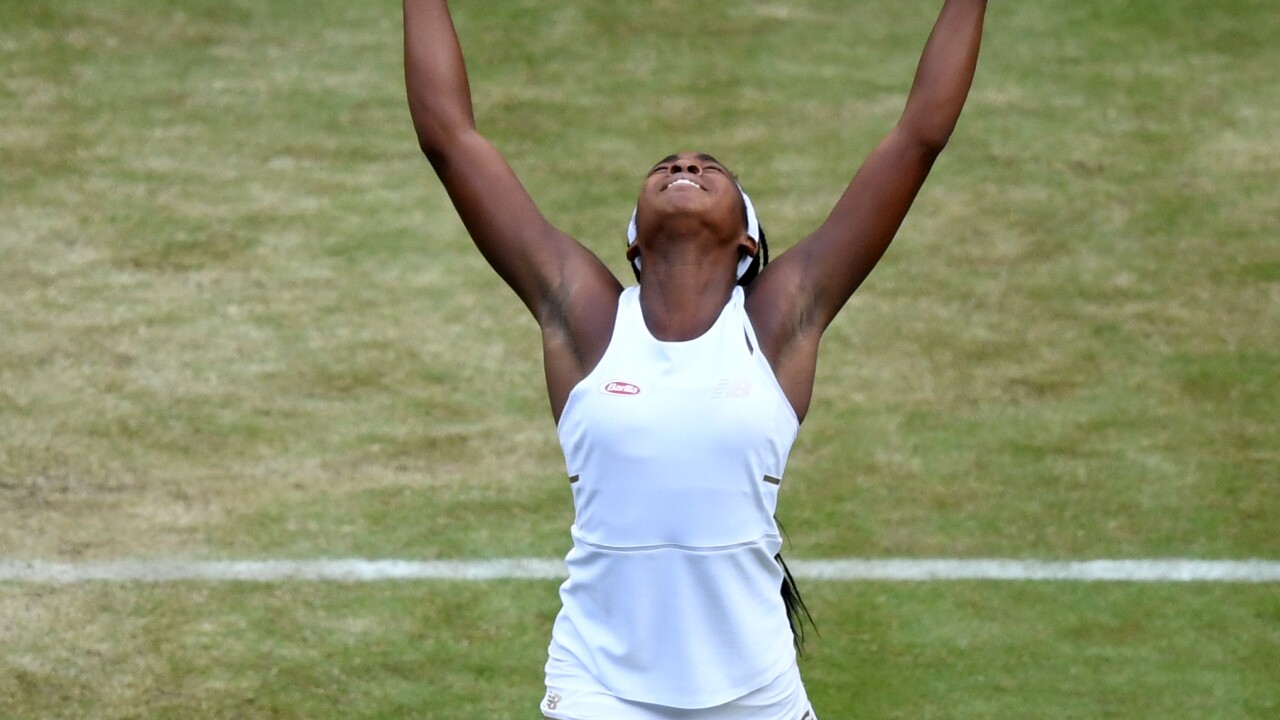 WIMBLEDON, ENGLAND — Fifteen-year-old Coco Gauff saved two match points in the second set and went on to beat Polona Hercog of Slovenia in the third round at Wimbledon Friday.

Gauff saved one match point while trailing 5-2 in the second set. She went on to hold serve but then faced another in the next game, set up by an ace from Hercog. The 28-year-old Slovenian player then double-faulted on the next point.

Gauff beat five-time Wimbledon champion Venus Williams in the first round and 2017 semifinalist Magdalena Rybarikova in the second. Both of those matches were on No. 1 Court, the second biggest stadium at the All England Club.

Gauff, who was born in Georgia and now lives in Delray Beach, is the 12th youngest player to compete in women's singles at Wimbledon since 1968.

According to the U.S. Tennis Association, with Monday's victory, Gauff is now the youngest qualifier to ever win a match at Wimbledon.