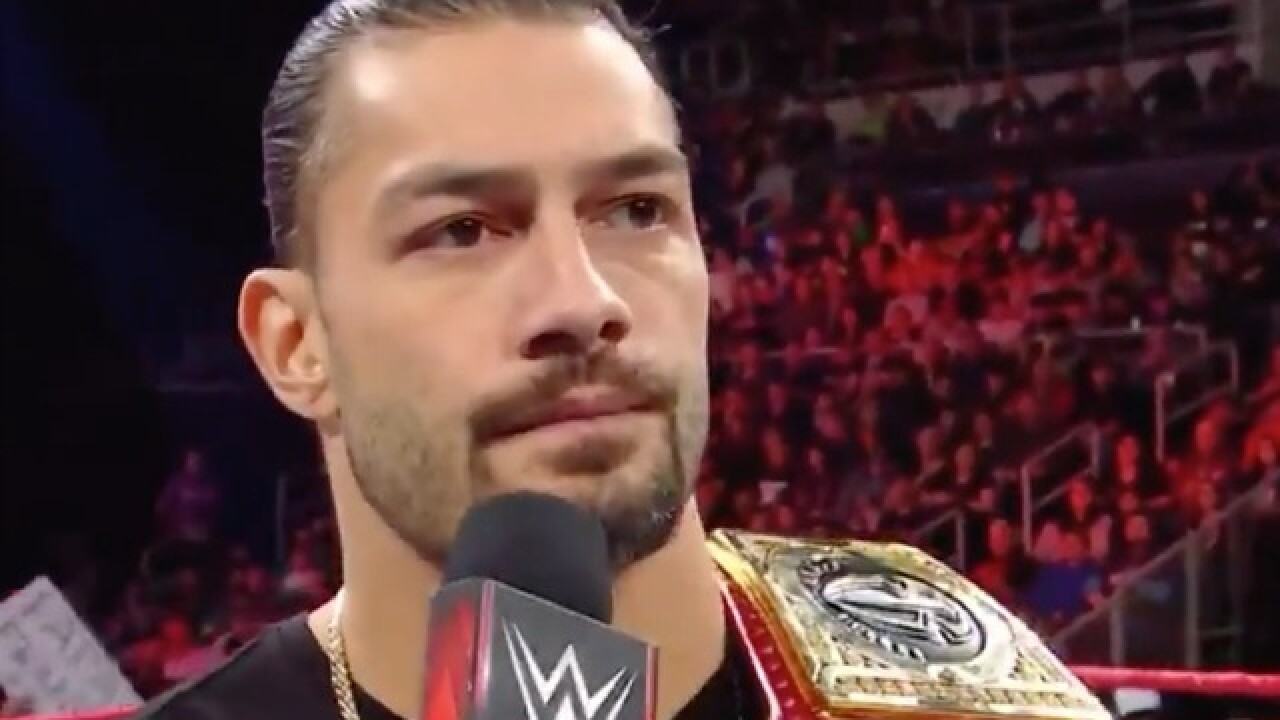 Copyright 2018 Scripps Media, Inc. All rights reserved. This material may not be published, broadcast, rewritten, or redistributed.
<p>WWE</p>

WWE superstar and Universal champion Roman Reigns announced Monday that he will step away from the ring as a result of a battle with leukemia.

"I've been living with leukemia for 11 years, and unfortunately it's back," Reigns (real name Leati Joseph Anoaʻi) announced on WWE Monday Night Raw in Providence, Rhode Island. "And because the leukemia is back, I cannot fulfill my role, I can’t be that fighting champion, and I’m going to have to relinquish the Universal championship."

Reigns has been with WWE since 2010 and is one of three members of a popular faction called The Shield. He has performed in the main event at four consecutive WrestleManias. Along with his Universal championship, Reigns is a three-time WWE world heavyweight champion.

Before joining WWE, Reigns played football at Georgia Tech and had brief stints with the Minnesota Vikings and Jacksonville Jaguars of the NFL, along with the Edmonton Eskimos in the CFL. Reigns had been scheduled to defend his title at the upcoming WWE Crown Jewel show in Saudi Arabia.

"I’m not going to lie: I’ll take every prayer you can send my way, but I’m not looking for sympathy. I’m not looking for you to feel bad for me, because I have faith," he said. "When I was 22 years old, I was diagnosed with this, and very quickly I was able to put it in remission.

Although he is stepping away for now, Reigns made it clear that his time in WWE is not finished.

"I want to make one thing clear: By no means is this a retirement speech because after I'm done whupping leukemia's ass, I'm coming back home. And when I do, it's not going to be about titles and being on top, it's about a purpose."

Whoop Leukemia and come back to the thing you love. @WWERomanReigns best wishes to you and your family in your fight. https://t.co/Mg4Zej7KMv