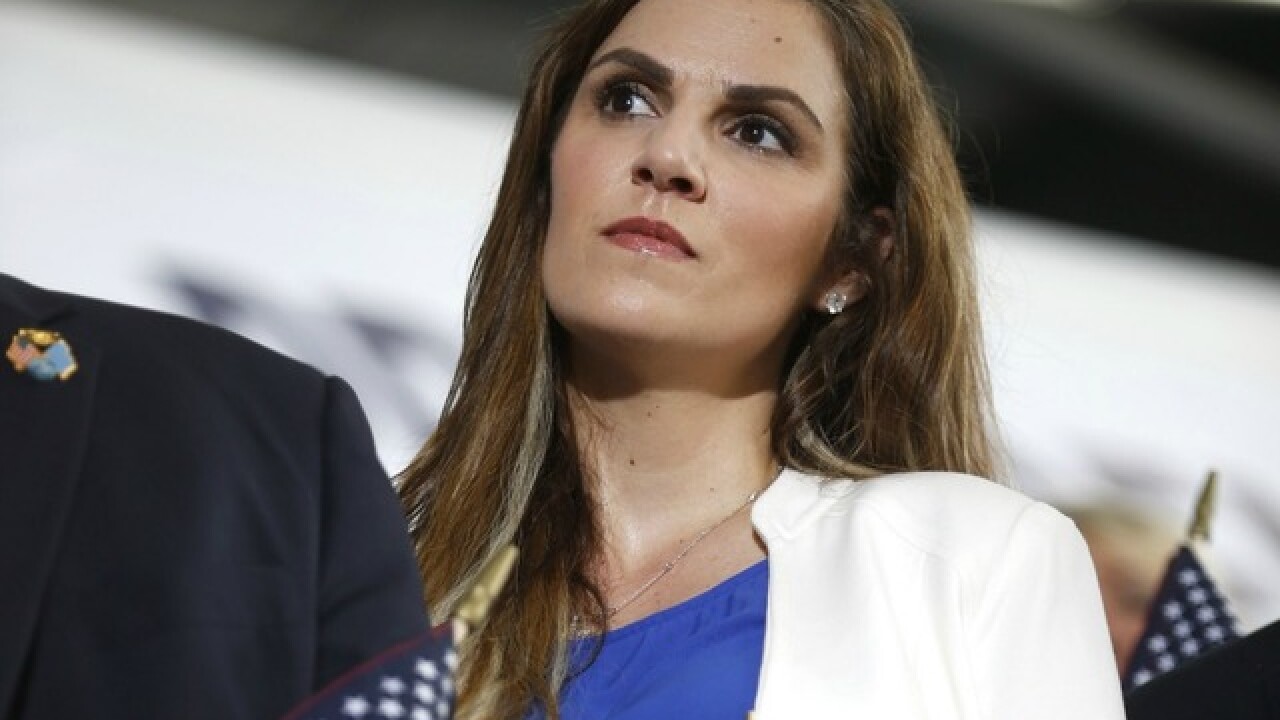 Chris Kyle, who served in the war in Iraq and was killed in 2013 by a former Marine suffering from PTSD, was the subject of the 2014 film "American Sniper." Since her husband's death, Taya Kyle has been an advocate for veterans and their families. In 2015, she released her book, "American Wife: A Memoir of Love, Service, Faith, and Renewal."

Kaepernick began a movement in 2016 when he declined to stand for the national anthem before a game, citing police brutality toward minorities as the reason for his protest. Since then, hundreds of NFL players have followed suit by protesting during the national anthem in some form.

Tillman left the NFL to serve in the U.S. Army following the Sept. 11, 2001 terror attacks and was killed in Afghanistan in 2004. An alternate, fictional Nike ad featuring Tillman's face began to circulate online Monday.

Here's a portion of Kyle's Facebook post from Tuesday. You can read it in its entirety here.

Nike, I love your gear, but you exhaust my spirit on this one. Your new ad with Colin (Kaepernick), I get the message, but that sacrificing everything thing…. It just doesn’t play out here. Sacrificing what exactly? A career? I’ve done that both times I chose to stay home and be with my kids instead of continuing my business climb… and it wasn’t sacrificing everything. It was sacrificing one career and some money and it was because of what I believe in and more importantly, who I believe in.

At best, that is all Colin sacrificed… some money and it’s debatable if he really lost his career over it. Maybe he sacrificed the respect of some people while he gained the respect of others. Or maybe he used one career to springboard himself into a different career when the first was waning. I don’t know. What I do know is, he gained popularity and magazine covers he likely wouldn’t have gotten without getting on his knees or as you say, “believing in something.” I’m also thinking the irony is that while I am not privy to the numbers, it’s likely he gained a lucrative Nike contract. So yeah… that whole “sacrificing everything” is insulting to those who really have sacrificed everything.

Also on Tuesday, Jeremy Staat, a fellow veteran and Tillman's former teammate at ASU, asked people to stop using Tillman's name and image in criticism of the Nike-Kaepernick ad campaign.

"Please do not use Pat Tillman as a ploy for your political views," Staat wrote. "Pat was not a conservative [R]epublican, he did not believe in the Iraq War, he was not a Christian, and with the government and military handling of his death and the lies that followed I do believe that Pat would value the players' protest against police brutality and inequality."