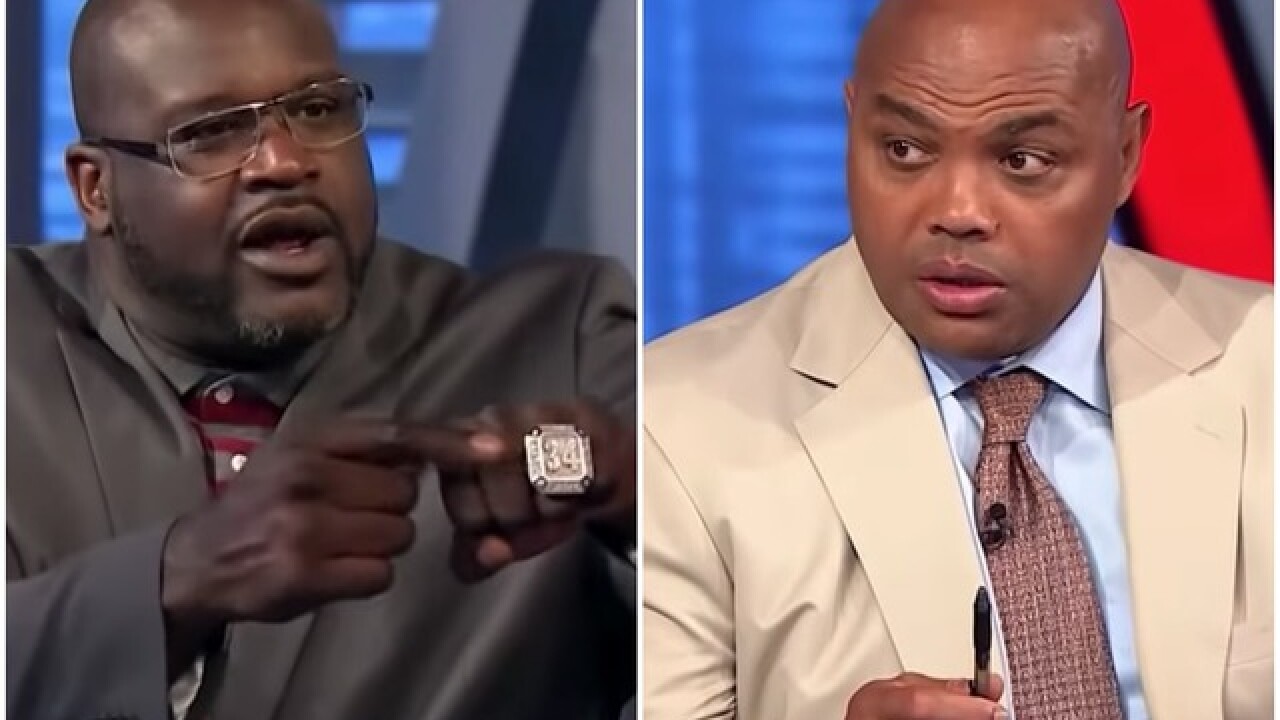 A pair of NBA legends and former Phoenix Suns got into a spat on Tuesday night about NBA championships -- or, rather, a lack thereof.

During an episode of "Inside the NBA" on TNT, Charles Barkley and Shaquille O'Neal debated whether Toronto Raptors head coach Dwane Casey was right for benching leading scorer DeMar DeRozan during the Raptors' playoff series against the Cleveland Cavaliers -- a series the Cavs won in a four-game sweep.

Barkley said Casey shouldn't have benched his best player, while Shaq took Casey's side and said coaches should do less "babying" of their stars.

That's when things got a bit testy, as Shaq, a four-time NBA champion, noted Barkley never won an NBA title.

"You got babied. That's why you ain't win," Shaq said.

"I didn't have Dwyane Wade and Kobe Bryant carry me up and down the court," Barkley retorted, at which point Shaq reminded Chuck of his three NBA Finals MVP awards.

The argument begins around the 1:20 mark of the video below. Enjoy.