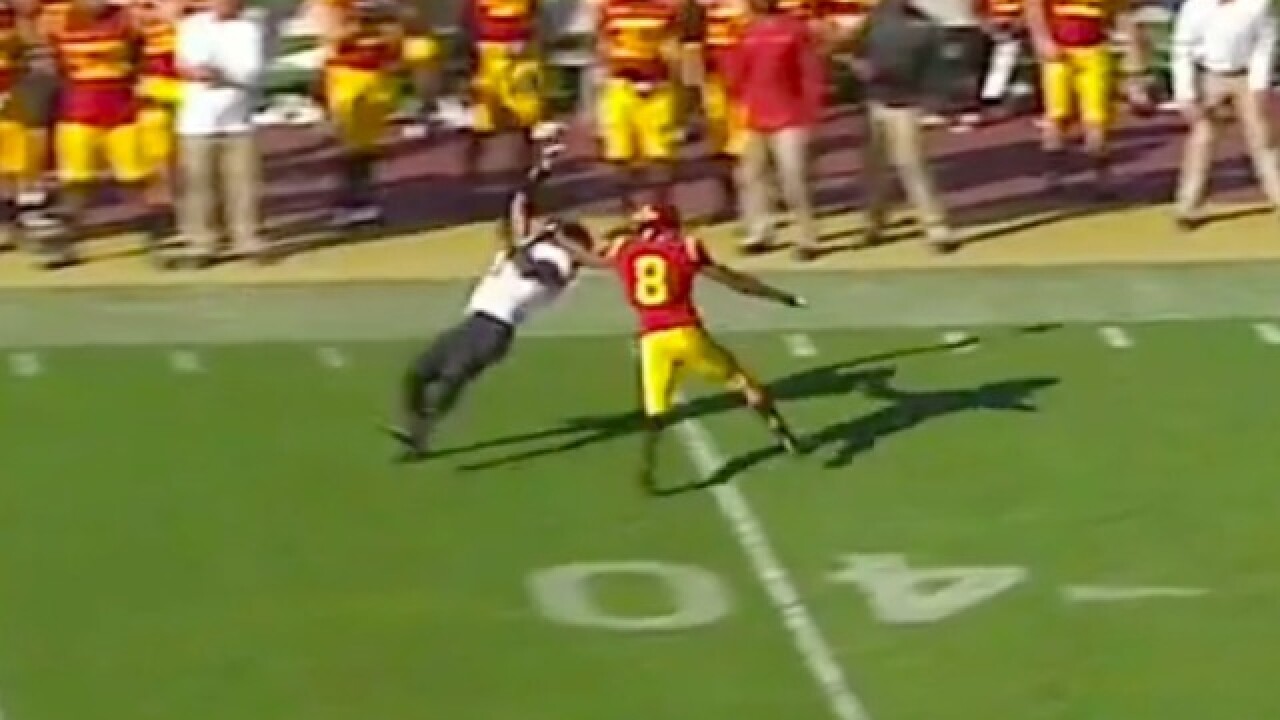 Copyright 2018 Scripps Media, Inc. All rights reserved. This material may not be published, broadcast, rewritten, or redistributed.
<p>ESPN</p>

The Arizona State Sun Devils were able to release over a month's worth of frustration in Los Angeles on Saturday thanks to a pair of incredible plays from a likely first-round NFL Draft pick.

N'Keal Harry, whom some regard as the nation's best wide receiver in college football, validated those beliefs Saturday, helping to guide ASU to a 38-35 upset win over host USC.

In the third quarter, the junior pulled off a phenomenal 92-yard punt return for a touchdown to give ASU (4-4, 2-3 Pac-13) the lead. Then, he made an incredible fourth-quarter catch that ultimately helped the Devils seal the deal.

The latter play received a ton of national attention.

Call him whatever you like, but @NkealHarry15 is as good as it gets. pic.twitter.com/Rp33hTrSDE

Harry, whom ESPN draft expert Todd McShay says is the best wide receiver in the 2019 draft (should Harry decide to forgo his senior season at ASU), caught four passes for 95 yards in the game. He also had a receiving touchdown in the first quarter.

AZ boys built like that! I see you! @NkealHarry15

The Devils led 24-7 late in the first half, but the Trojans scored three times within a five-minute span to take the lead early in the third quarter. Harry's punt return flipped the momentum back in the Devils' favor.

Quarterback Manny Wilkins' 45-yard touchdown run with less than two minutes to play put the icing on the cake for the Devils, who had lost four of their previous five games -- all by exactly seven points. USC answered with a touchdown with 35 seconds to play, but Harry (who else?) recovered a Trojan onside kick.

Next up for ASU: a tough home matchup with No. 23 Utah next Saturday.