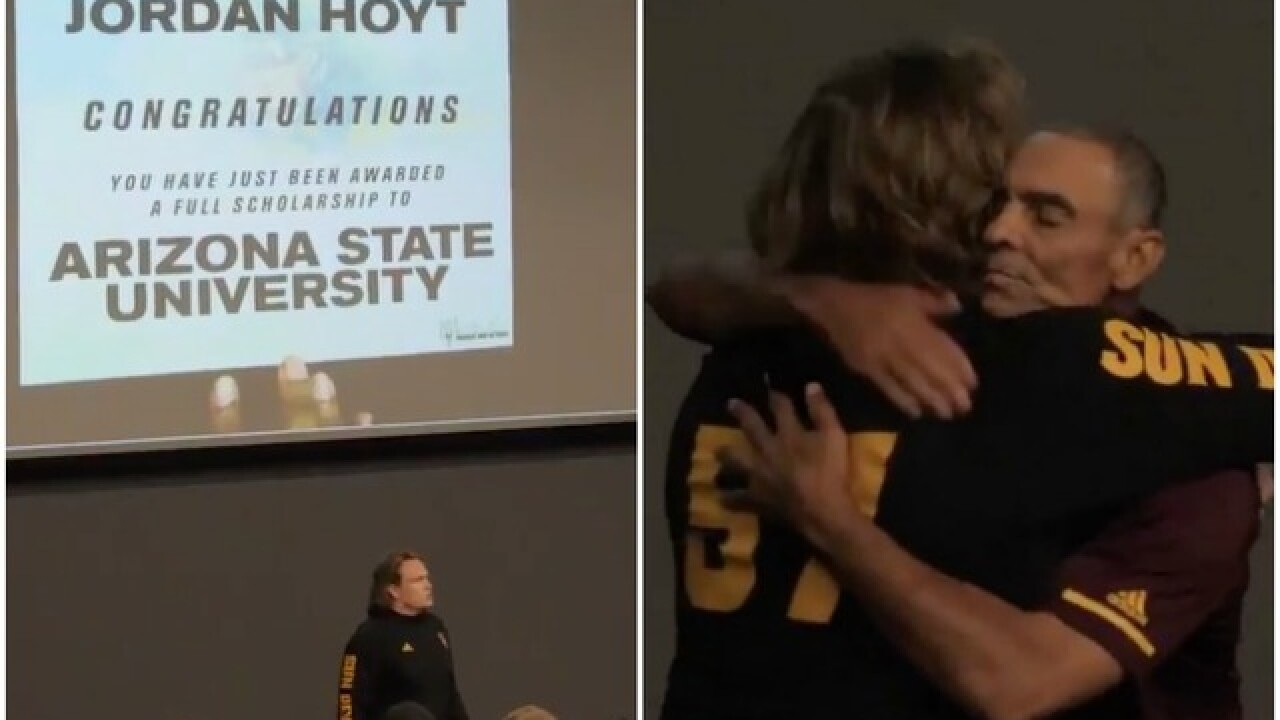 Copyright 2018 Scripps Media, Inc. All rights reserved. This material may not be published, broadcast, rewritten, or redistributed.
<p>(Via @ASUfootball)</p>

Herm Edwards hasn't coached college football in nearly 30 years -- but he still knows how to turn a football team into a family.

On Sunday, ASU posted a video of defensive lineman and Chandler High School alum Jordan Hoyt inviting the team to join a Bible study led by himself and his teammates. While Hoyt addressed the team, an assistant coach revealed via the projector that Hoyt had received a full scholarship to play football as a Sun Devil.

An emotional Hoyt was then mobbed by his teammates and embraced by his head coach.

Defensive lineman Jordan Hoyt had no idea of the surpise that Coach Herm Edwards had planned for him when he was asked to speak at today's team meeting.

Hoyt joined the Sun Devils as a walk-on after playing at UC-Davis the previous two seasons. He was named ASU's Scout Team Player of the Year on defense during his transfer year of 2016.