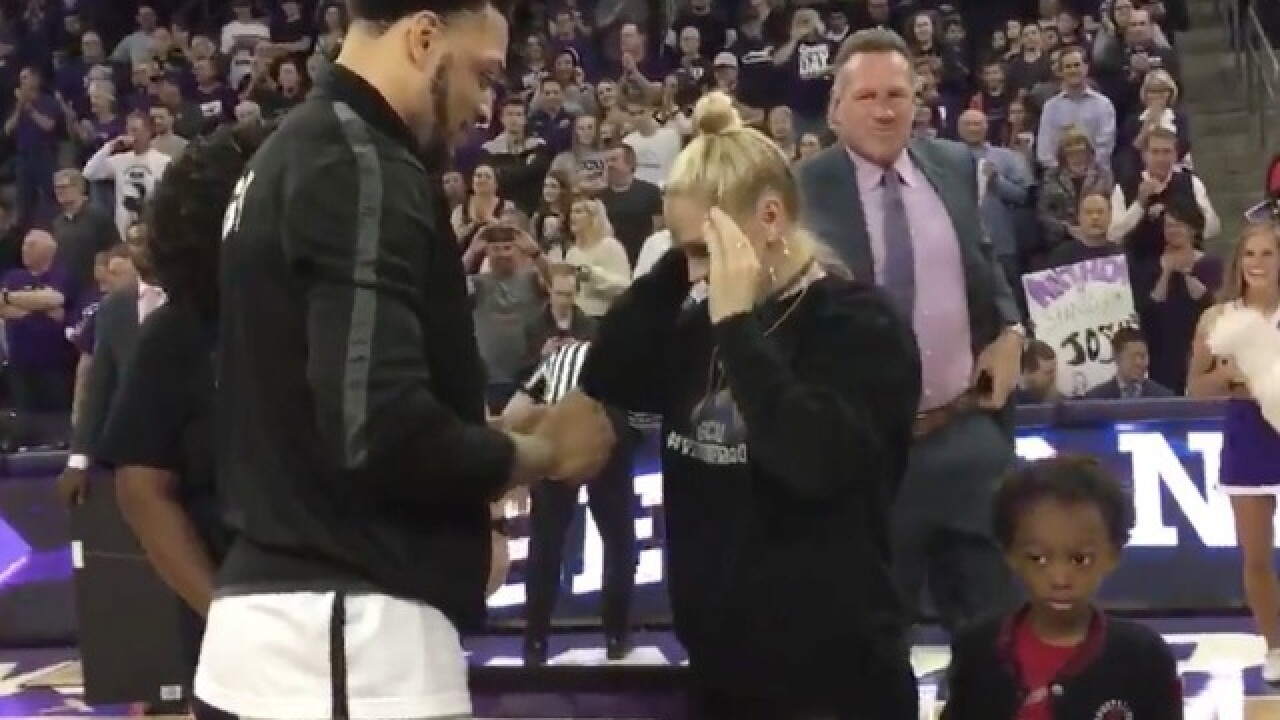 With eight points and nine rebounds, GCU senior Keonta Vernon helped guide his Lopes to their 20th win of the season with an easy win over Cal State Bakersfield on Senior Night at GCU Arena.

But Vernon's biggest moment Saturday night came when he and GCU's three other seniors were honored during a pregame ceremony. When Vernon's name was called, he got down on one knee in the middle of the court and proposed to his girlfriend as 7,000 purple-clad fans cheered him on.

What’s better than basketball? A marriage proposal, of course! Congrats to Keonta Vernon and his fiancé! 😍 pic.twitter.com/YckWqnYwBM

Vernon's girlfriend, Katie, knows GCU coach Dan Majerle well, as she's a longtime employee at Majerle's Sports Grill. Vernon said he was sure to secure his coach's blessing before popping the question.

"If I didn't ask him -- oh, man. You would not see me in the starting lineup next week," he said. "I went up there and talked to him. He was happy for me. She knew Katie when she was younger, so that definitely helped.

"I didn't think I was going to be nervous at all. But as soon as they called my name, I didn't know what pocket the ring was in. I was trying to put the ring on her finger. I almost dropped it and everything. That was crazy."

As fate would have it, GCU's next game will be Thursday in the WAC Tournament, which happens to take place in the marriage capital of the world, Las Vegas.