WATCH: Colorado mascot shoots self in groin with t-shirt gun 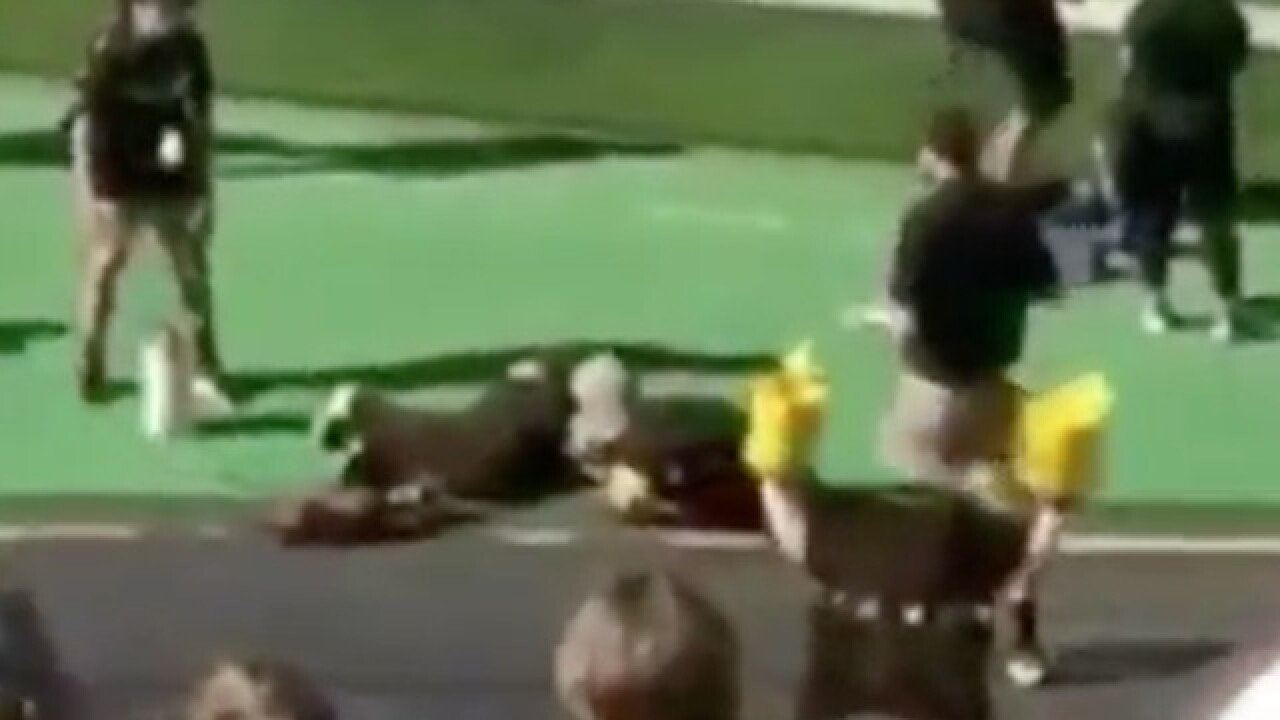 Copyright 2018 Scripps Media, Inc. All rights reserved. This material may not be published, broadcast, rewritten, or redistributed.
<p>(Via @JoshParcell/Twitter)</p>

Some of these kinds of stories need a big preamble in order to set up and explain what the reader is about to see.

That will not be necessary here.

Pretty straightforward: During last weekend's Colorado-New Hampshire football game, the Colorado Buffaloes mascot, Chip the Buffalo, had the t-shirt gun pointed the wrong way. Result: The t-shirt hit Chip in a very tender spot. He proceeded to collapse to the ground and was later carted off the field.

Something you don't see every day: Chip the Buffalo's t-shirt gun malfunctioned and he had to be carted off the field! Never took his head off though... respect the commitment #footballguy pic.twitter.com/qi0lrPM4Dk

Silver lining for Chip: Colorado won the game 45-14. And after the game, Chip took to Twitter to assure fans he's OK.

I’m good guys! Thanks for all the love ❤️ pic.twitter.com/VK9vKm8xvM