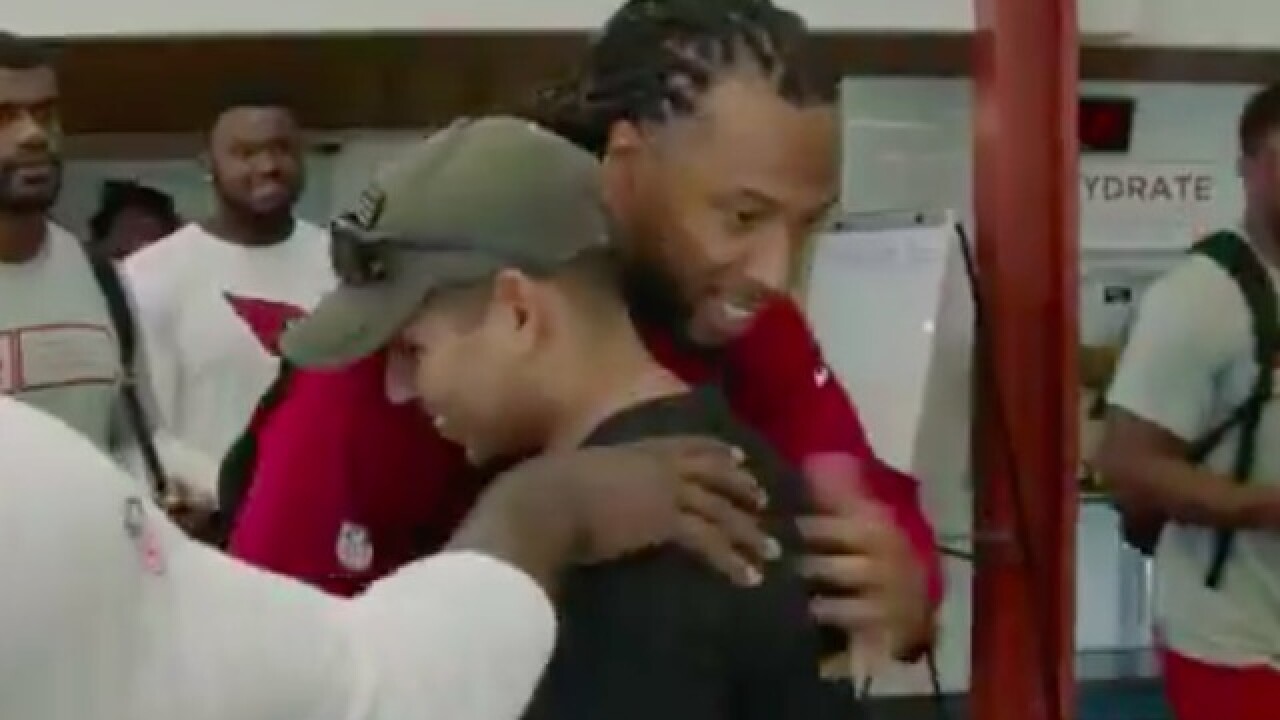 The Arizona Cardinals went out of their way to remind a member of their staff that football is indeed family, and let him know his job will be waiting for him when he returns from serving his country.

Leo Longoria, who works on the Cardinals' kitchen staff, is set to be deployed to the Arizona Army National Guard on Tuesday night. But before he left, coach Steve Wilks and the team lined up to thank him for his service and let him know how important he is, not only to his country but to the entire team.

"For all that you do for this organization, but most importantly your commitment to serve our country, we want to give you something so you can represent your team as you're deployed overseas," Wilks said as he handed Longoria some military-themed Cards gear.

"I want you to understand and know that when you come back, your job will be here waiting on you," Wilks added.

"It shows that I have a caring place where I work, and that's amazing. Having seen all the guys out there, going through that, it was awesome," Longoria said. "It warmed my heart."

Specialist Leo Longoria is an integral member of the Cardinals kitchen staff and in the Arizona Army National Guard. He is being deployed this evening. This morning, he thought he was stopping by Cards HQ to bid farewell to his coworkers. The team had something else in mind. pic.twitter.com/PuhQrCkauV