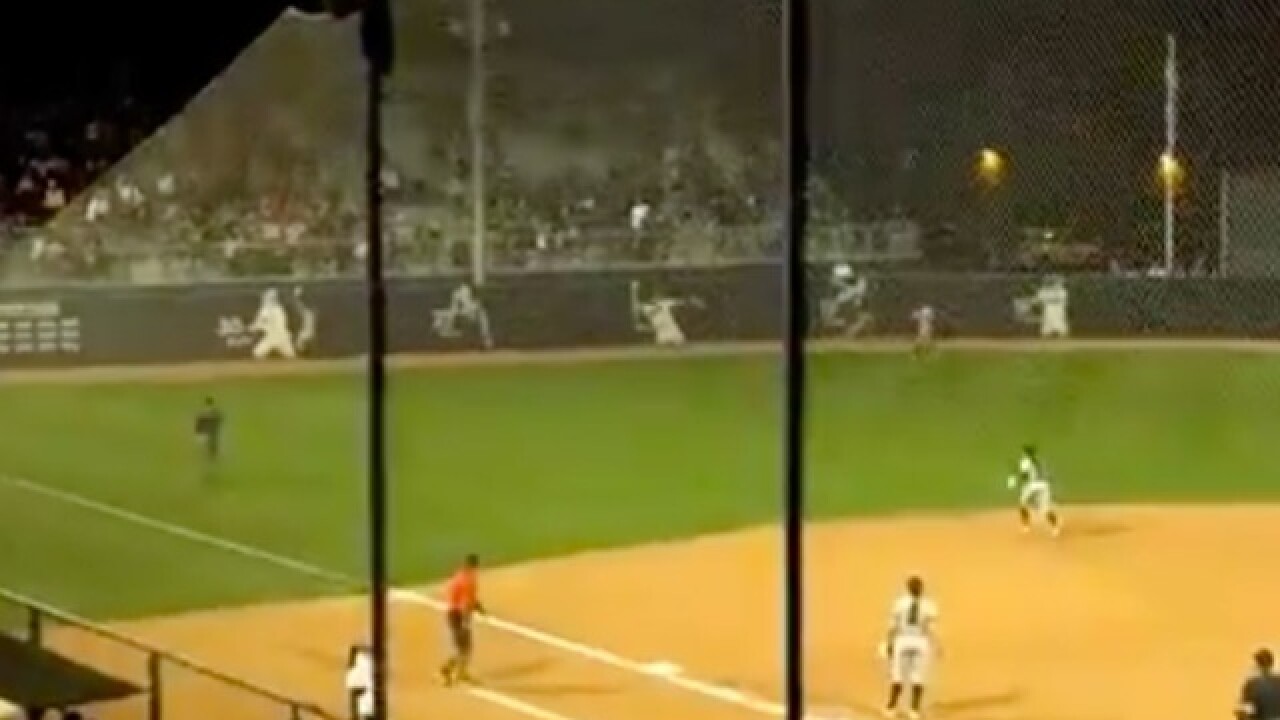 Copyright 2018 Scripps Media, Inc. All rights reserved. This material may not be published, broadcast, rewritten, or redistributed.
<p><strong>(@ArizonaSoftball/Twitter)</strong></p>

You have to hit a ball 200 feet in order to hit a left-field home run at Tucson's Hillenbrand Stadium.

Well, that's usually the case, anyway. In the case of Ashleigh Hughes, 199 feet did the trick thanks to an fortunate bounce that went her team's way.

Hughes technically hit a walk-off home run to give the No. 11 Arizona Wildcats softball team a 3-2 victory over No. 22 Cal on Friday night. But a huge assist went to Cal's Bradie Fillmore, who appeared to have caught the ball -- right up until it went off her glove and over the wall.

“I saw it caught, and then I saw the ball flipping up and over the fence. I was quite happy," UA coach Mike Candrea said after the game, according to Ryan Kelapire at Arizona Desert Swarm.

Here's how @ArizonaSoftball won last night. Watch closely... you can see the ball going off the Cal outfielder's glove and over the wall. Walk-off home run for @AshleighAnne__. pic.twitter.com/pcBTArSjeh

Per Arizona Desert Swarm, Hughes wasn't sure whether she had hit a home run until Coach Candrea told her to round the bases.

Ashleigh Hughes on her walk-off HR that tipped off the left fielder’s glove: “I had no idea if she had caught it or not.” pic.twitter.com/1Y2f14HsfK

RELATED: Be sure to subscribe to ABC15's Wildcat Country podcast!