He did it again: Tim Tebow hits home run in first at-bat with new team 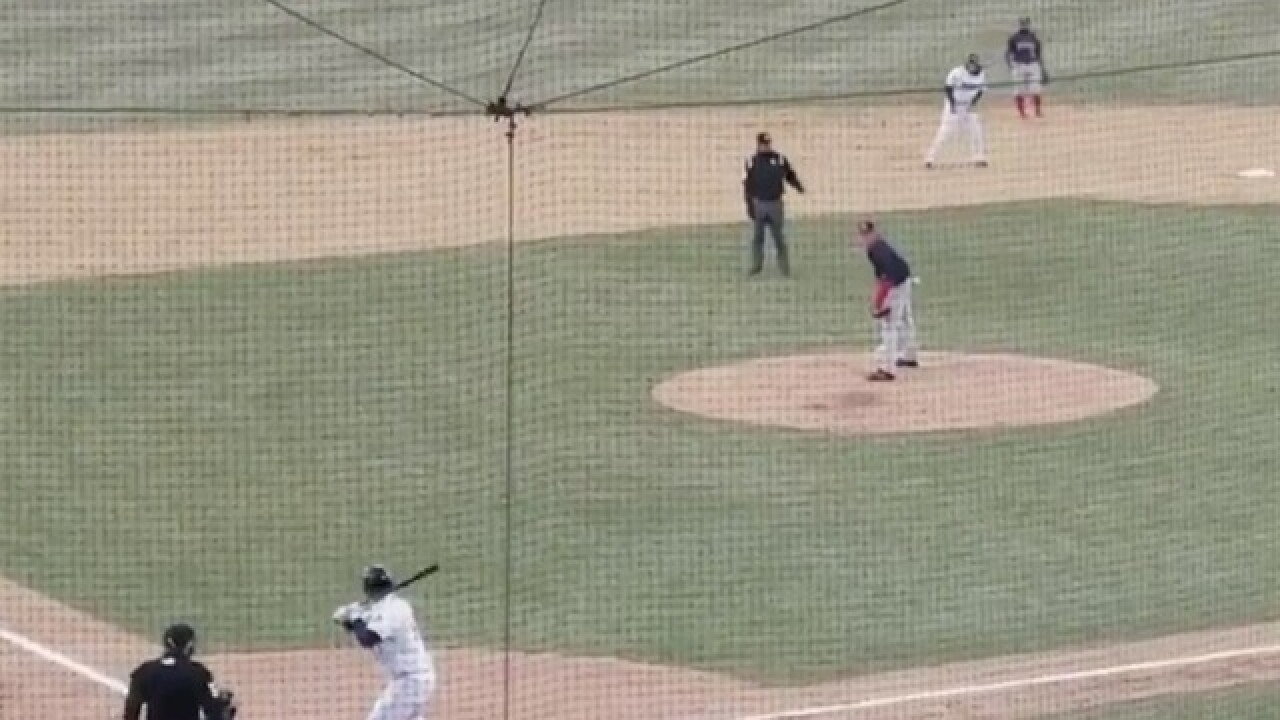 Tim Tebow sure knows how to make an entrance.

Playing his first game in Double-A ball, Tebow hit a three-run homer on the first pitch he saw. The New York Mets minor leaguer connected on a frigid Thursday night at home for the Binghamton Rumble Ponies in the Eastern League, facing Portland.

LIFT OFF! @TimTebow crushes his first home run of the season for the @RumblePoniesBB . pic.twitter.com/7DTd1CjlIk

Last April, Tebow also homered in his first at-bat with the Class A Columbia Fireflies of the South Atlantic League.

This time, the former Heisman Trophy winner and NFL quarterback sent a liner far over the fence down the right-field line as the crowd at NYSEG Stadium stood and cheered the 30-year-old outfielder.

Tim Tebow has now hit a home run in his first game with all three of the minor league teams he has played for: Columbia Fireflies, Port St. Lucie Mets & Binghamton Rumble Ponies. pic.twitter.com/zlSqRMFY4l