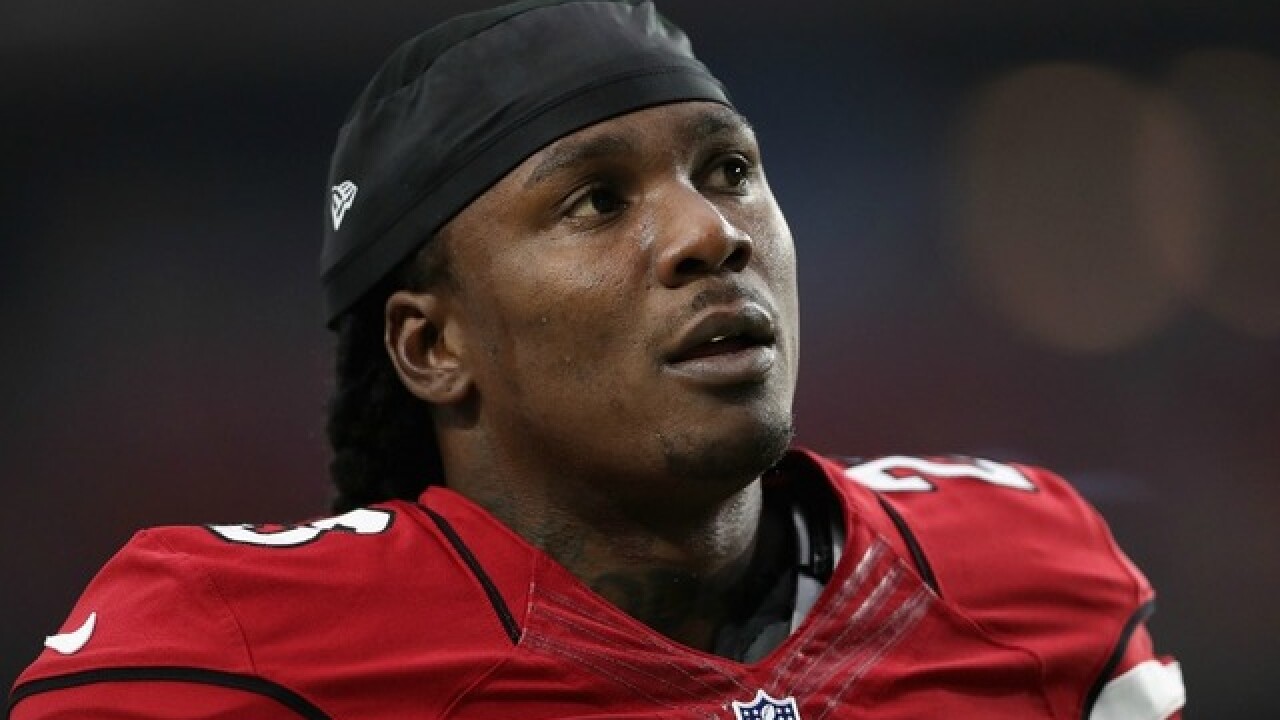 Copyright 2018 Scripps Media, Inc. All rights reserved. This material may not be published, broadcast, rewritten, or redistributed.
Christian Petersen
<p>Running back Chris Johnson #23 of the Arizona Cardinals warms up before the NFL game against the New England Patriots at the University of Phoenix Stadium on September 11, 2016 in Glendale, Arizona. (Getty Images)</p>

A video obtained by TMZ on Monday reveals an alleged assault by former Cardinals running back Chris Johnson stemming from an incident in April.

In the video, the 32-year-old Johnson, who played for the Cardinals from 2015-17, allegedly assaulted a nightclub valet in Florida. The alleged victim's lawyer told TMZ that the valet requested Johnson's valet ticket for his Porsche -- and when Johnson couldn't present the ticket, he became angry when the valet asked him to prove the Porsche belonged to him.

According to the lawyer, "Johnson grabbed the keys before choking his client while an unidentified person punched him in the face -- injuring his face, neck and back," TMZ reported.

According to TMZ, court documents revealed Johnson was arrested and charged with misdemeanor battery following the incident on April 9.

Johnson had a 10-year NFL career and was a three-time Pro Bowl selection with the Tennessee Titans. He was signed by the Cardinals during the 2015 preseason and won the team's starting running back job that year. He was released by the Cardinals early in the 2017 season.

In 2015, Johnson was arrested in Florida on a misdemeanor gun charge.