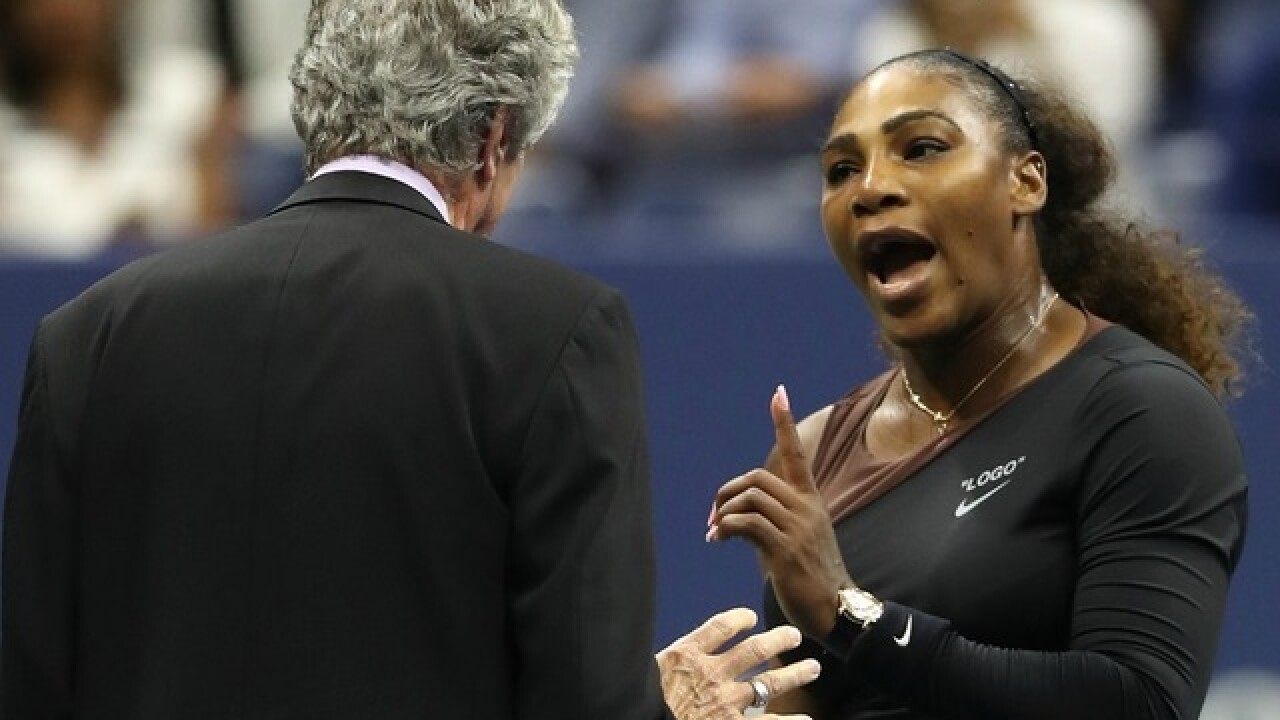 Copyright 2018 Scripps Media, Inc. All rights reserved. This material may not be published, broadcast, rewritten, or redistributed.
Matthew Stockman
<p>Serena Williams of the United States argues with referee Brian Earley during her Women's Singles finals match against Naomi Osaka of Japan on Day Thirteen of the 2018 US Open at the USTA Billie Jean King National Tennis Center on September 8, 2018 in the Flushing neighborhood of the Queens borough of New York City. (Getty Images)</p>

Serena Williams was penalized a game for calling the chair umpire a thief during an extended argument as the U.S. Open women’s final descended into chaos, with fans booing and play delayed before Naomi Osaka wrapped up a 6-2, 6-4 victory for her first Grand Slam title.

The biggest issue for Williams on the scoreboard Saturday was that she was outplayed by a younger version of herself in Osaka, a 20-year-old who is the first player from Japan to win a major singles tennis title.

What this match will forever be remembered for is the way Williams clashed with chair umpire Carlos Ramos, demanding an apology after he initially warned her for receiving coaching, which is not allowed during Grand Slam matches.

Williams also told a referee that male tennis players have not been penalized for saying similar things. "This is not right. This is not fair. This has happened to me too many times," an emotional Williams said.

Serena Williams has lost the US Open final to Naomi Osaka in straight sets. Watch #Offsiders at 10am to find out what led to this meltdown. pic.twitter.com/4APIfOxUUL

Serena Williams after getting penalized because she called judge a "thief" "There;s a a lot of men who have said things and because they are men nothing happens to them"....pic.twitter.com/Vr9WTspqFw

Fans continued to boo officials during the post-match presentation.

The crowd boos in protest of the US Open final's officiating. pic.twitter.com/hFAZdAIJYk