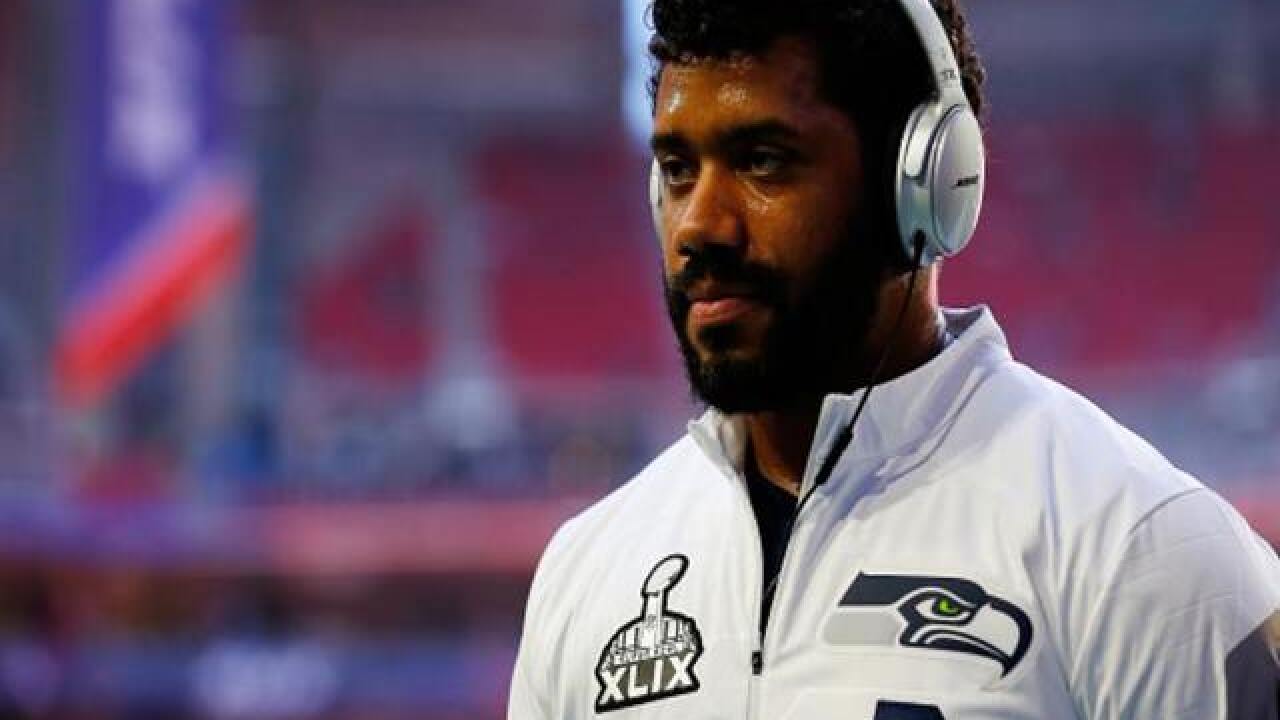 Getty Images
<p>Quarterback Russell Wilson #3 of the Seattle Seahawks warms up prior to Super Bowl XLIX at University of Phoenix Stadium on February 1, 2015 in Glendale, Arizona.</p>

Wilson did make contact during the at-bat, but struck out swinging with a 2-2 count.

Maybe not the result @DangeRussWilson wanted, but a fun cameo for the fans (and it looks like Wilson, too). #YANKSonYES pic.twitter.com/RZ3LFawpnf

The YES Network announcer eluded to more at-bats for Wilson, saying it “wouldn’t be his last” at-bat after he struck out.

Wilson was drafted by the Texas Rangers and participated in Spring Training practices for several years with the team but never appeared in a game.

He was traded this offseason to the Yankees, where he now has one at-bat to his name.