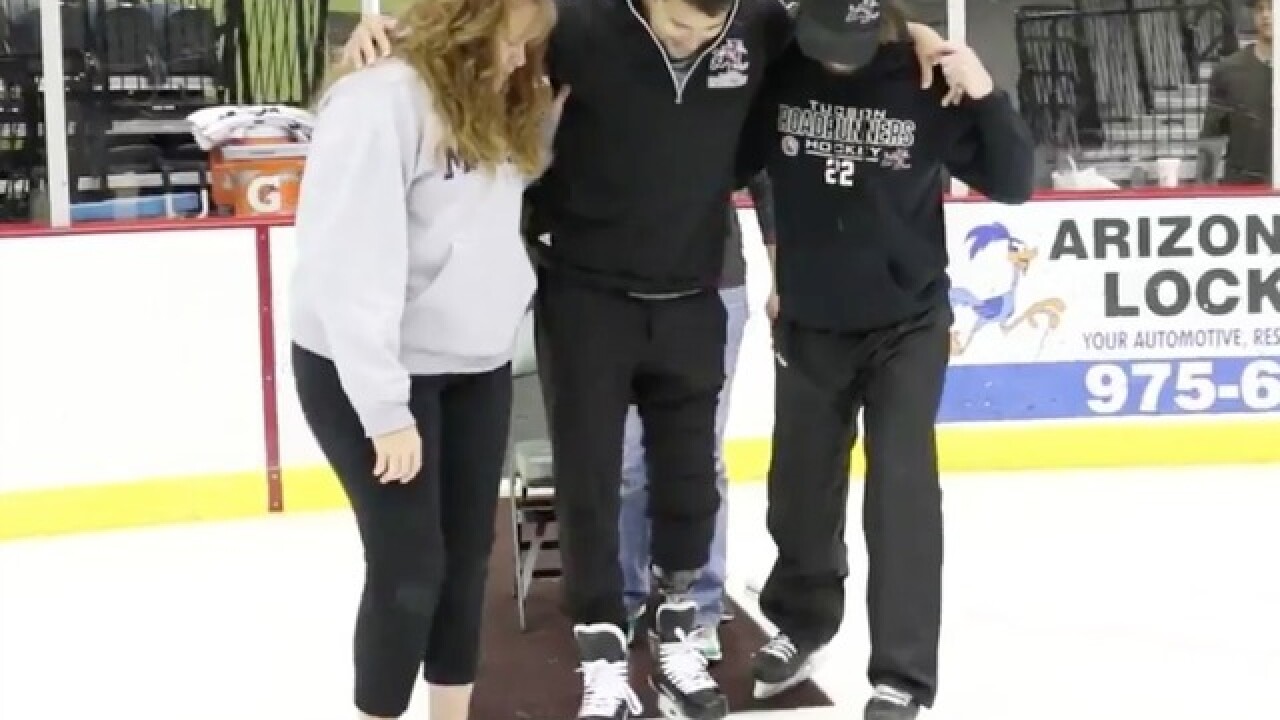 Copyright 2017 Scripps Media, Inc. All rights reserved. This material may not be published, broadcast, rewritten, or redistributed.
<p>(Twitter/@RoadrunnersAHL)</p>

Four months after his near-fatal pre-game accident, Tucson Roadrunners captain Craig Cunningham strapped on skates and returned to the ice.

On Nov. 19, Cunningham collapsed on the ice moments before a Roadrunners game in Tucson. Paramedics performed chest compressions on the 26-year-old British Columbia native, and he was soon rushed to a local hospital in critical condition.

We later learned Cunningham had gone into cardiac arrest as a result of ventricular fibrillation. He was released from the hospital just over a month later, but not before he had part of his left leg amputated on Christmas Eve. Despite that, Banner University Medical Center in Tucson called Cunningham's recovery a "Christmas miracle on ice."

Cunningham's professional hockey career may be over, but on Friday, he put his skates back on and took the ice at Tucson Convention Center for the first time since his accident.

After all, he's a hockey player.

Before his accident, Cunningham notched four goals and nine assists in 11 games for the Roadrunners, the Coyotes' minor-league affiliate. He also scored the first goal in the history of the Roadrunners, who began play in Tucson in the 2016-17 season after relocating from Springfield, Massachusetts.

In case you'd like to see Cunningham take the ice in person: He'll perform the ceremonial puck drop before the Coyotes' season finale vs. the Minnesota Wild on Saturday, April 8. That game will also be Coyotes Fan Appreciation Night.