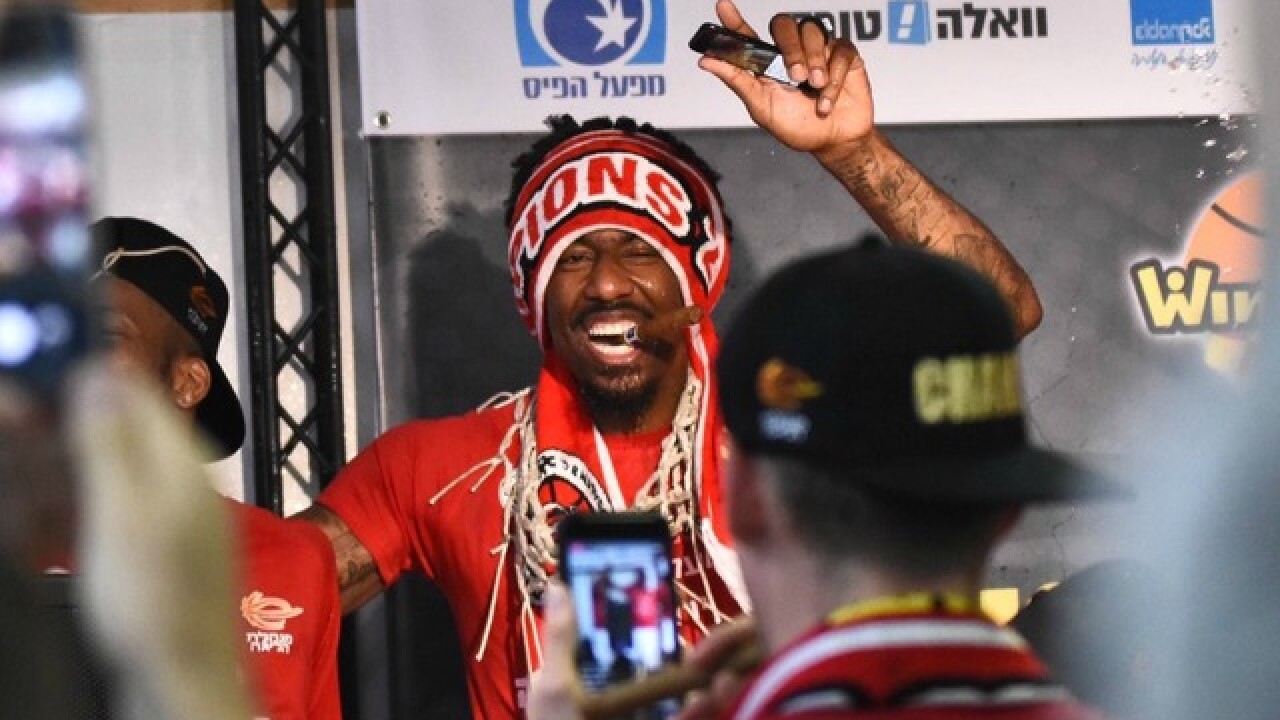 Copyright 2017 Scripps Media, Inc. All rights reserved. This material may not be published, broadcast, rewritten, or redistributed.
<p>(Photo via @JerusalemBasket/Twitter)</p>

Just hours after the Golden State Warriors held a parade to celebrate their 2017 NBA championship, former Phoenix Suns five-time All-Star forward Amar'e Stoudemire led a championship celebration of his own roughly 7,500 miles away.

The 34-year-old Stoudemire, who spent the first eight of his 14 NBA seasons with the Suns, led Hapoel Jerusalem B.C. (a team he co-owns) to the 2017 Israeli Basketball Premier League championship on Thursday. Fittingly, Stoudemire's former Suns teammate, Steve Nash, won his first NBA championship three days earlier, as a player development consultant for the Warriors.

After the game, Stoudemire and his team celebrated in front of thousands of fans in Jerusalem.

We painted it RED!!! #Champions pic.twitter.com/ydzM2jxFPn

Amar'e Stoudemire is the KING of Jerusalem, folks. Thousands here at his title celebration. pic.twitter.com/vNSEsnwR7b