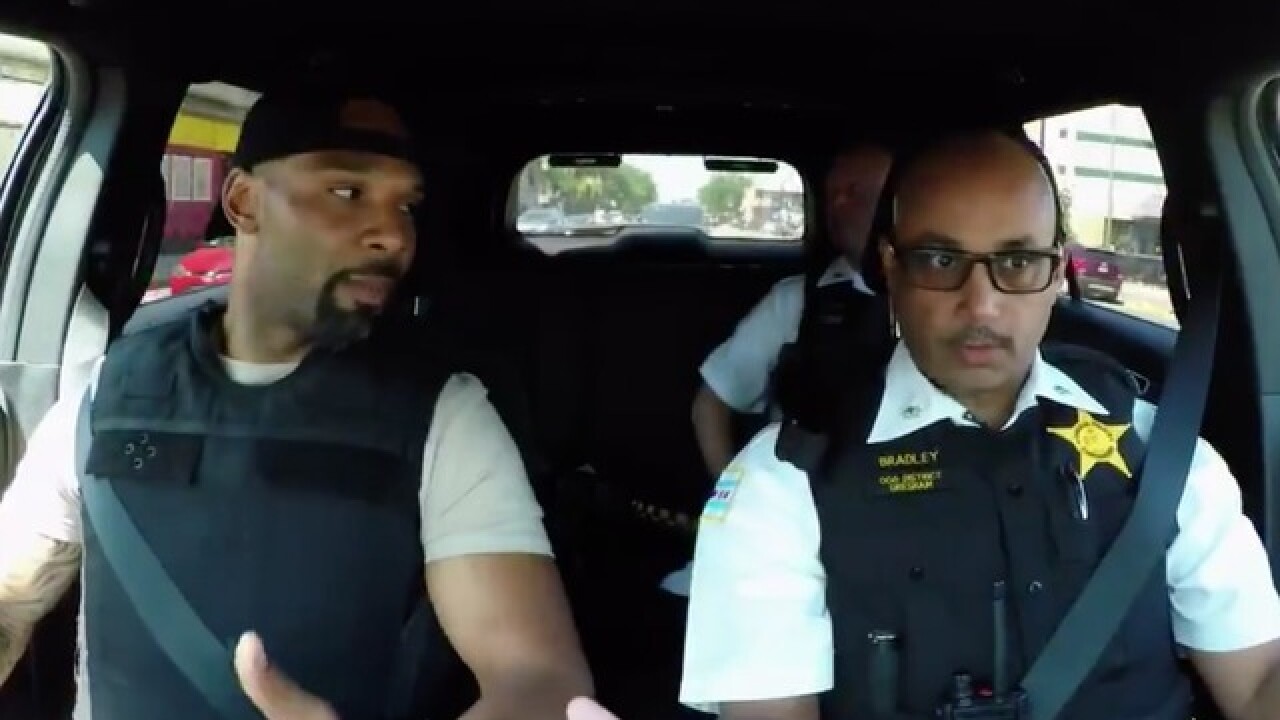 Copyright 2018 Scripps Media, Inc. All rights reserved. This material may not be published, broadcast, rewritten, or redistributed.
<p>(Via @ChicagoBears/Twitter)</p>

A former Chicago Bears star spent a day on the beat with a Chicago police officer in an effort to bridge the gap between police and members of the community who have come to distrust law enforcement.

In the seven-minute video posted by the Bears on Wednesday, former Bears running back Matt Forte did a ride-along with Commander William J. Bradley of the 006th District in the Auburn Gresham neighborhood of Chicago, often listed as one of the nation's most dangerous places to live. During their time together, Forte got a better idea of what police officers do on a daily basis -- and he got a taste of how some in the city feel about the police when he tried to shake a young man's hand.

"No, no, that's a cop. Let's go," a woman who may have been the boy's mother shouted before the boy was able to shake Forte's hand.

The video was posted by the Bears just one day after the team's players and ownership announced they will spend $500,000 as part of the NFL's new social justice initiative, designed in part to enhance relations between police officers and the community they serve.

"Usually when you deal with the police, you’re not having a good day. You don’t call us when everything’s fine," Bradley told Forte. "We need to do more what we call positive community interactions, just kind of having this dialogue, talking about things, and making each other be humanized between us."

“The narrative, even to the young kids, is that all police officers are bad and that’s not the case, so we gotta find some kind of common ground.” @MattForte22 joins Commander William J. Bradley of the 006th District for a ride along in the Auburn Gresham neighborhood. pic.twitter.com/fz4aePr05O

Forte left his ride-along with a greater respect for what Bradley and the rest of Chicago's police force does on a day-to-day basis, and agreed communication is the key to fostering trust being law enforcement and the community.

"Being in the sixth district and putting the vest on and seeing behind the scenes what goes on, I had no idea all the things you guys go through just to prepare for the day," Forte told Bradley.

"A lot of people just think, Oh, you guys got a badge on, you put your badge on in the morning, you get in the car and then you go ride around the neighborhood. No, it doesn’t go down like that. You get a deeper appreciation for the job that you guys do."