VIDEO: Fan hits player with ball he just hit a home run with 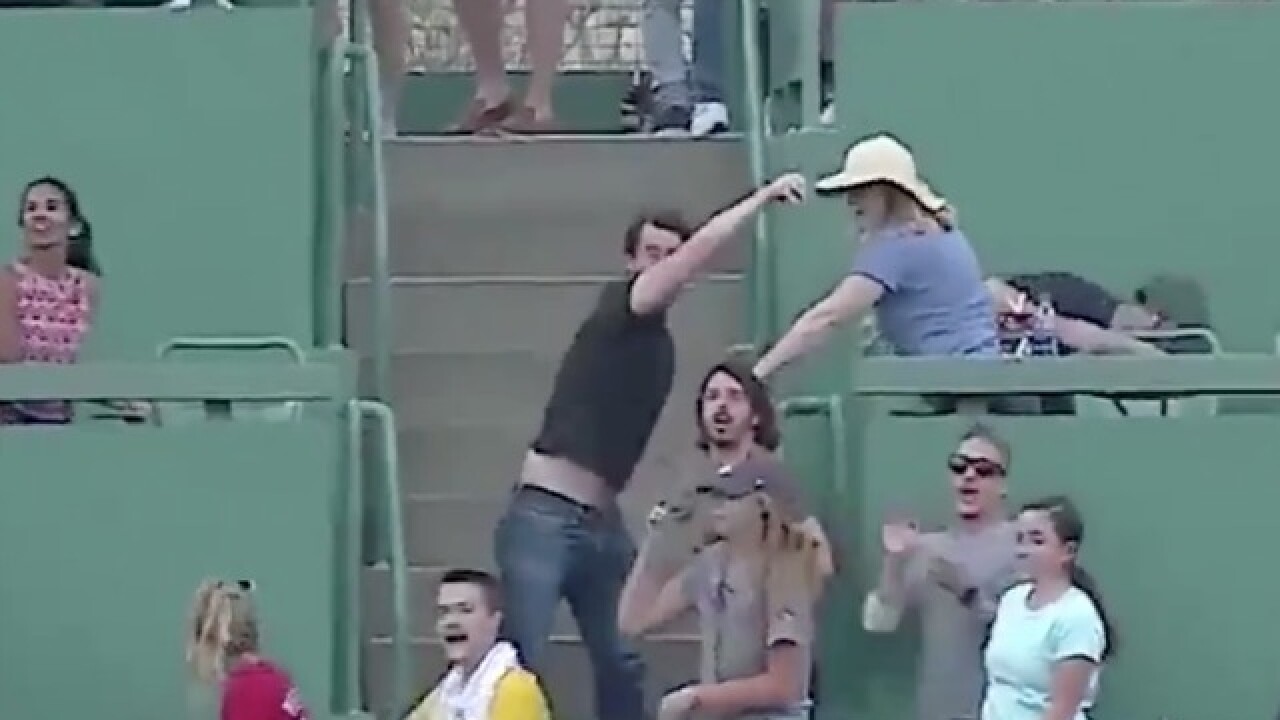 In case you didn't know how serious the Red Sox-Yankees rivalry is...

During Sunday's matchup in Boston, Yankees slugger Giancarlo Stanton hit a seventh-inning home run. But during his home-run trot, he was plunked by the very baseball he just hit, as a Red Sox fan (presumably) was none too pleased about Stanton's feat.

Stanton and the Yankees got the last laugh, as they beat the Red Sox 8-5. The fan who threw the ball was ejected from the game.

"Not too worried about it. Plus, that could be a special ball. We needed it anyway. I think he lost some money, possibly," Stanton said after the game.

Giancarlo Stanton hit a homer and a fan threw the ball back and HIT HIM while he was rounding 2nd 😳.