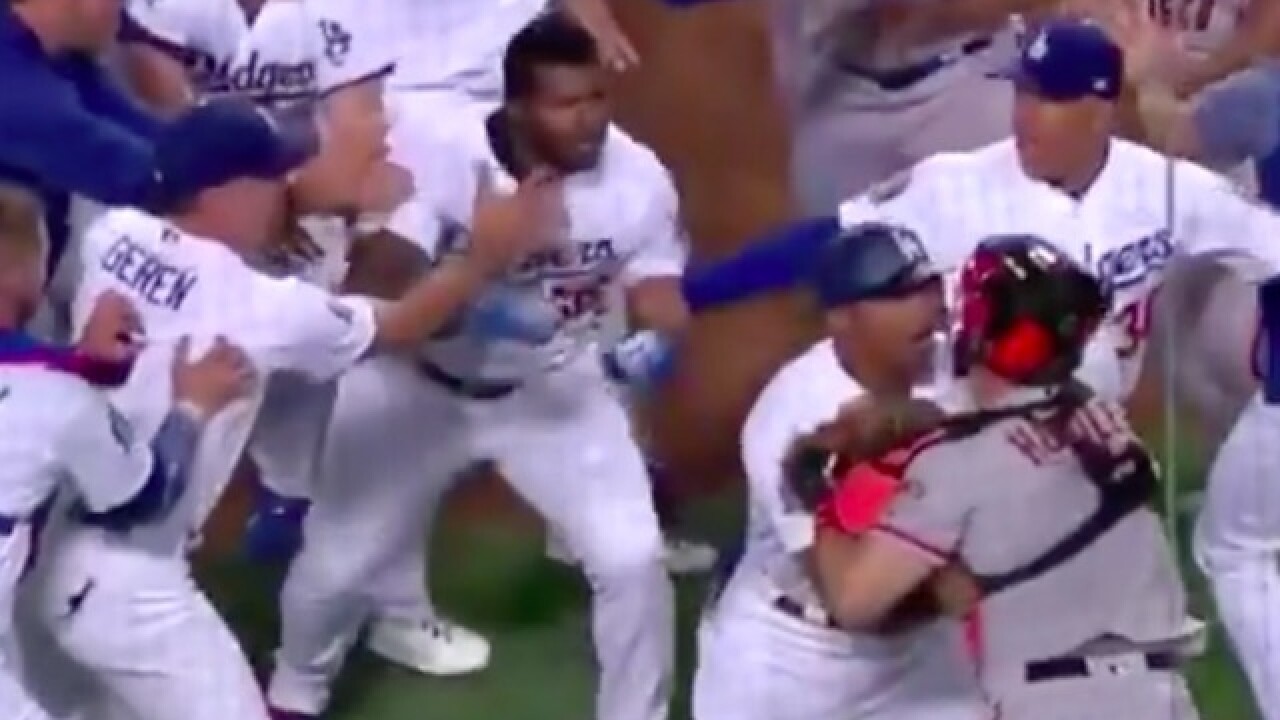 Two longtime rivals -- who also happen to play in Arizona Diamondbacks' division -- got into juuuuuust a bit of an altercation Tuesday night in Los Angeles.

In the seventh inning, the Dodgers' Yasiel Puig exchanged words with Giants catcher (and Arizona Wildcats alum) Nick Hundley after Puig fouled off a pitch.

As The Athletic's Andrew Baggerly describes it: "Puig and Hundley went nose to mask. Then Puig twice swatted Hundley in the chest protector. After benches cleared, Puig lunged over a teammate and landed a slap to Hundley's helmet."

Here are a few different views of the brawl, including some video shot from the stands. Puig and Hundley were both ejected from the game.

Oh, by the way: The Dodgers lost to the Giants 2-1, pushing them two games behind the first-place D-backs and a full game behind the Colorado Rockies in the National League West.

Yasiel Puig and Nick Hundley ignited a benches-clearing brawl between the Giants and Dodgers 😳 pic.twitter.com/McKzRF46JR