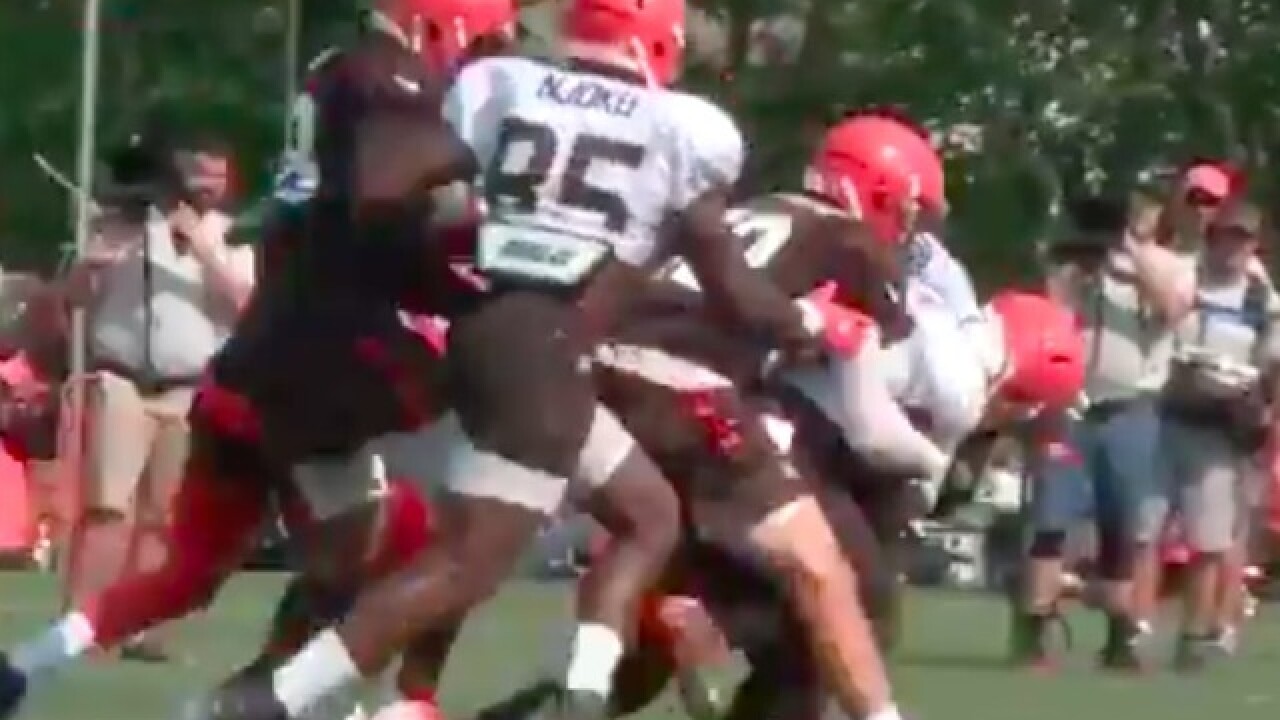 Copyright 2018 Scripps Media, Inc. All rights reserved. This material may not be published, broadcast, rewritten, or redistributed.
<p>(Via @PatChiesa/Twitter)</p>

The Cleveland Browns are on a mission to improve from last season's embarrassing 0-16 campaign.

Several portions of Tuesday's practice was counterproductive in terms of achieving that goal, including this one.

During a training camp drill Tuesday, Browns wide receiver Jarvis Landry took issue with a bump from cornerback Terrance Mitchell. Landry proceeded to throw the football at Mitchell, and then this happened.

Sadly, this was not the only fight that broke out during Browns practice Tuesday.