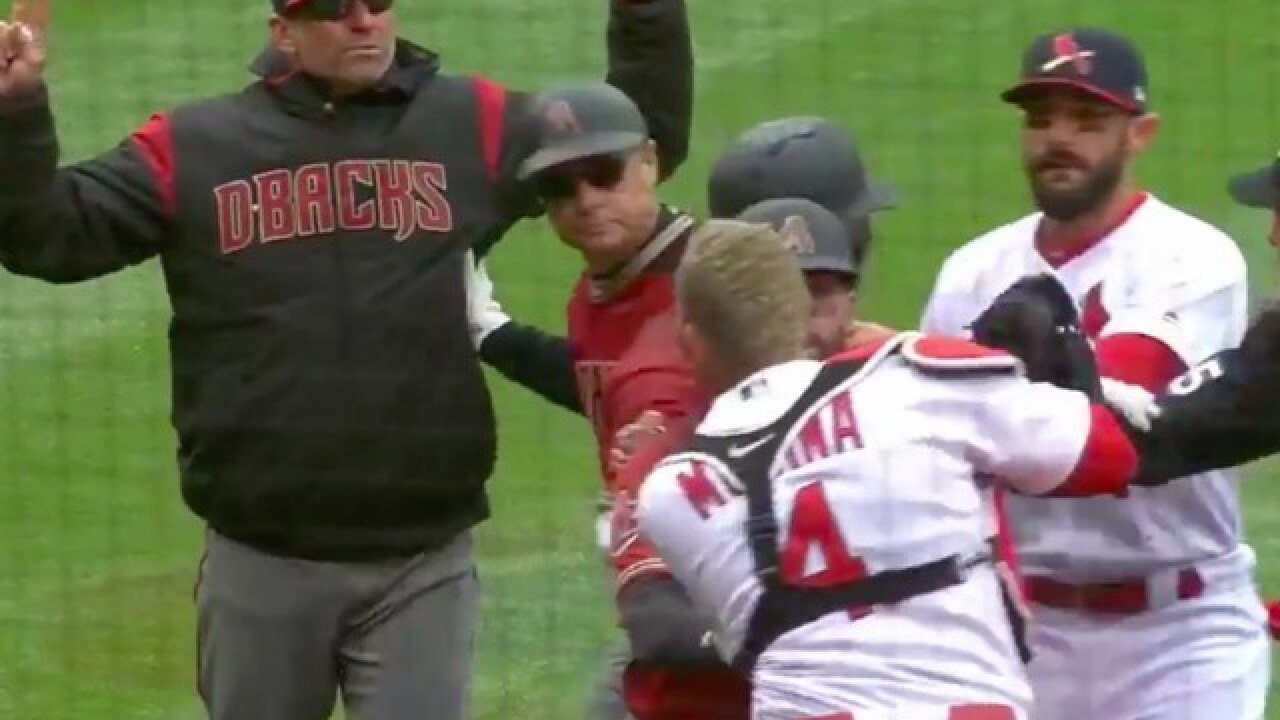 Copyright 2018 Scripps Media, Inc. All rights reserved. This material may not be published, broadcast, rewritten, or redistributed.
<p>(Screenshot via FOX Sports Arizona)</p>

Arizona manager Torey Lovullo was ejected by plate umpire Tim Timmons during the second inning of the Diamondbacks’ game at the St. Louis Cardinals.

Lovullo was disputing a called third strike on A.J. Pollock on Sunday and got into a shouting match with St. Louis catcher Yadier Molina during the argument with Timmons.

Molina appeared to lunge at Lovullo and make contact as both benches emptied. St. Louis manager Mike Matheny stepped in between Molina and Lovullo.

Without Louvllo, the D-backs rallied to win the game 4-1 to improve to 7-2 on the season. The win just so happened to be Lovullo's 100th career win as D-backs manager.

"Look, the first thing I want to say is I have the utmost respect for Yadier Molina. He's one of the best catchers the game's ever seen," Lovullo said after the game, per FOX Sports Arizona. "I was going out there to talk about something with the umpire and was referencing something, and used a poor choice of words, and he took offense to it.

"I wish I could take back what I said, but it really wasn't really directed at him. It was more in terms of me saying I respect him on that level, that he's getting special things because he's that good."

When asked whether Molina should also have been ejected from the game, Lovullo said the umpires "just made their best judgment call given all the facts that they saw on the field. The fact that he didn't get ejected was their choice, and I have to stand by that."

"I was frustrated ... and probably took it a little too far." -- Torey Lovullo on his second-inning ejection and what led to it. pic.twitter.com/i8iQdw8ymn