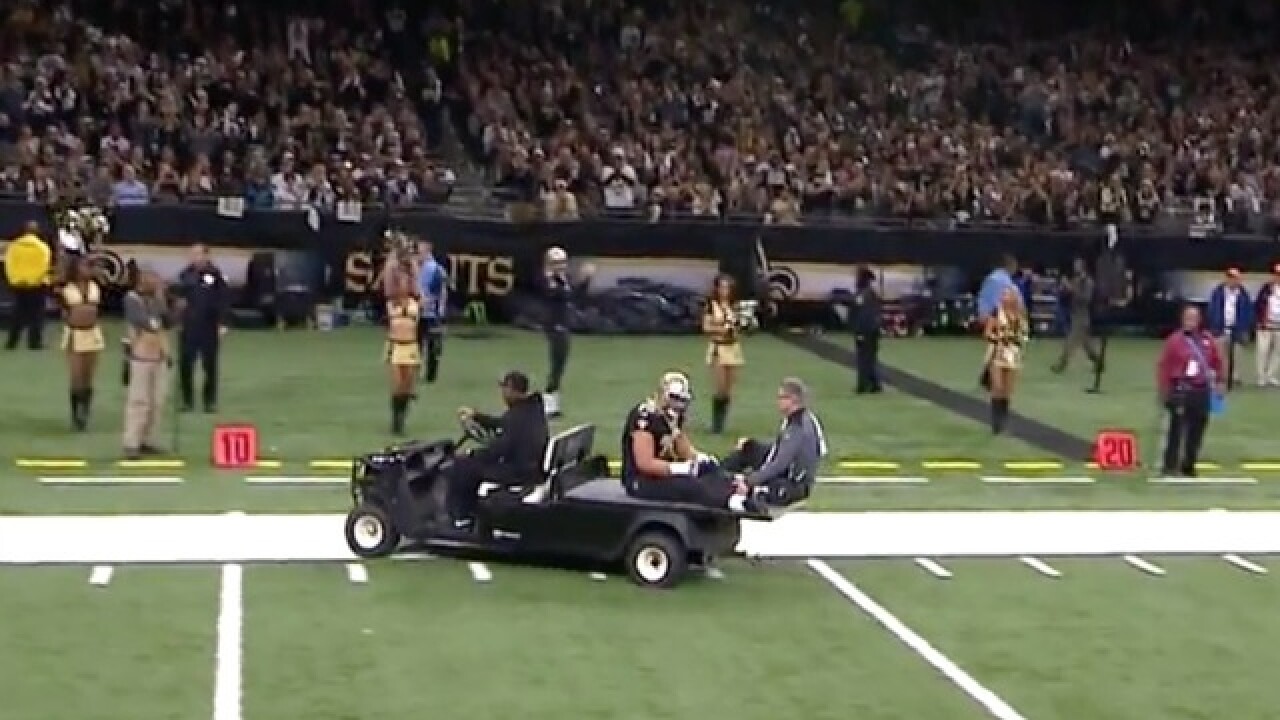 Copyright 2018 Scripps Media, Inc. All rights reserved. This material may not be published, broadcast, rewritten, or redistributed.
<p>(Screenshot via FOX)</p>

Mesa native and Tempe Corona Del Sol High School alum Andrus Peat was carted off the field in the second quarter of Sunday's playoff game between the New Orleans Saints and Carolina Panthers.

The Saints offensive lineman suffered an injury early in the second quarter when his left leg was bent in an awkward direction during a tackle. Peat's leg was placed in an air cast before he was carted away.

Peat gave the home crowd a thumbs-up as he was being taken off the field. NFL Network's Ian Rapoport reported Peat suffered a broken fibula and will undergo an MRI to determine whether he sustained any ligament damage.

Along with being a USA Today High School All-American in football, Peat was a star basketball player and track-and-field athlete at Corona. He helped lead the Aztecs to a state basketball championship as a senior.

Peat played college football at Stanford and was a First-Team All-Pac-12 selection in 2014. He was selected by the Saints with the 13th overall pick in the 2015 NFL Draft.