University of Arizona to begin selling alcohol at football games 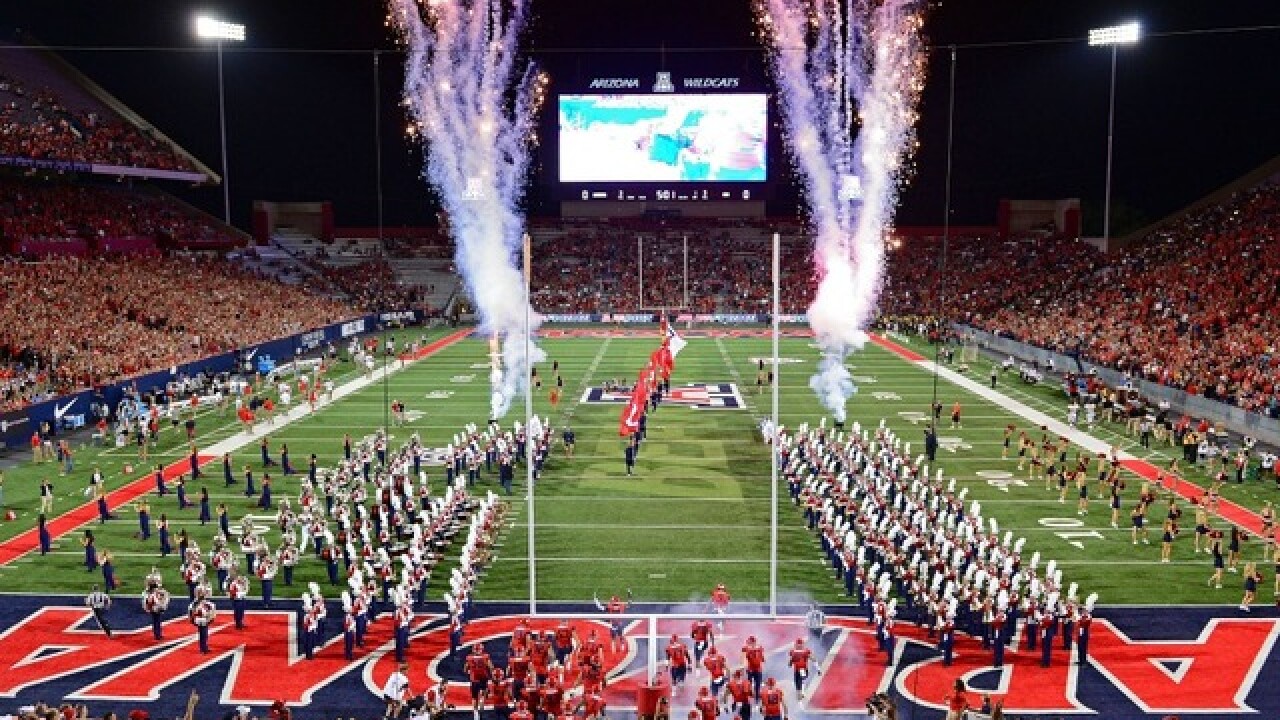 The University of Arizona will begin beer and wine sales to the general public at football games during the upcoming season, the university announced Thursday.

Ticket holders of legal drinking age will be able to purchase beer and wine beginning with UA's season opener against BYU on Sept. 1.

UA received an extension for its existing license by the Arizona Department of Liquor Licenses and Control on July 24, after three City of Tucson agencies conducted inspections. Beer and wine was previously available only to those in private club and box seats.

UA announced alcohol will be sold from a limited number of concession stands at the stadium. Sales will begin 90 minutes before kickoff and conclude before the end of the third quarter.

“As we grow and as we improve the environment in Arizona Stadium, we need to have some infrastructure and other facilities that help us serve our fans at a variety of levels. We want better food service, better opportunities for food and drink across the entire board,” UA athletic director Dave Heeke told Wildcat Country in October. “We want to have new environments for people to retreat to and enjoy the game, more than just sitting on that hard, abrasive bench at the 50-yard line and just watching the game. There’s more to the experience now, and we want to try to grow that.

“We want to do it the right way. We want to do it in a first-class manner and provide options for everyone for our environment. But we think that’s an amenity going forward that will be very important as we continue to build amenities in our football stadium.”