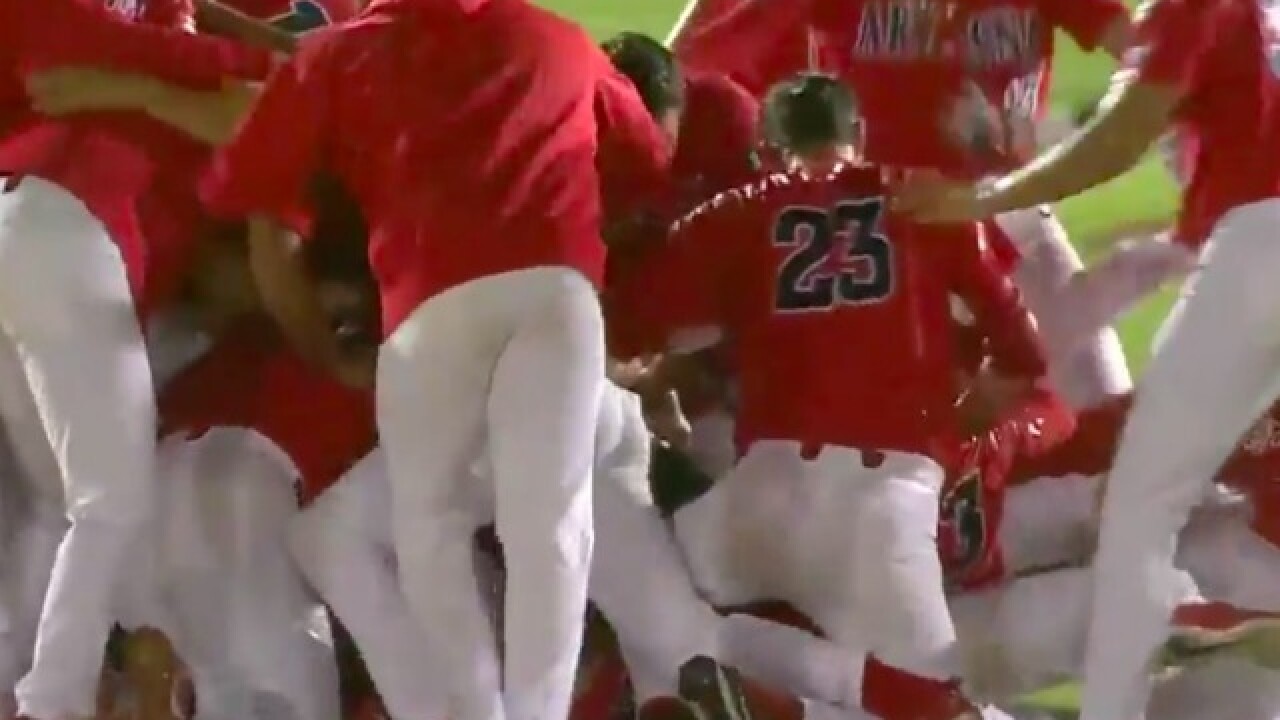 Copyright 2018 Scripps Media, Inc. All rights reserved. This material may not be published, broadcast, rewritten, or redistributed.
<p>(Via Pac-12 Networks)</p>

The Arizona Wildcats' baseball team rallied to defeat the Arizona State Sun Devils in a 10-9, 11-inning thriller in Tucson on Saturday night, giving UA the series victory as well as its first Territorial Cup Series title since (at least) 2012-13.

The Wildcats fell behind early 7-2 but tied the game at 9-9 on a two-run error by Hunter Bishop in the seventh inning, then won it on a base hit in the 11th inning from freshman and pinch hitter Donta Williams. The victory, which also happened to occur on UA's Senior Day, will provide a boost to the Cats' postseason hopes.

Quintana and Rivas score on the ASU error and we have a tie game at 9!#BearDown pic.twitter.com/ZU3XAgyc1U

Arizona Wins!!! Donta Williams comes through with a clutch base-hit to score Quintana and win the ballgame! The Cats win 10-9 in 11 innings!!#BearDown | #MLBTrainingGround pic.twitter.com/pba0bz1Di0

Established before the 2009-10 athletic season, the Territorial Cup Series trophy goes to the winner of a majority of head-to-head competitions in all NCAA sports in which ASU and UA both compete. Heading into Saturday's baseball game, the two schools were deadlocked at 10 points apiece.

The Wildcats won the trophy in each of its first three years of existence. The 2012-13 winner is disputed due to a disagreement over whether indoor track and field counted as a participating sport that season. The Sun Devils had won the trophy dispute-free in each of the last four seasons.

UA won the first game of the three-game series 6-4 on Friday, but the Devils responded with a 10-5 victory on Friday to set up Saturday night's showdown.