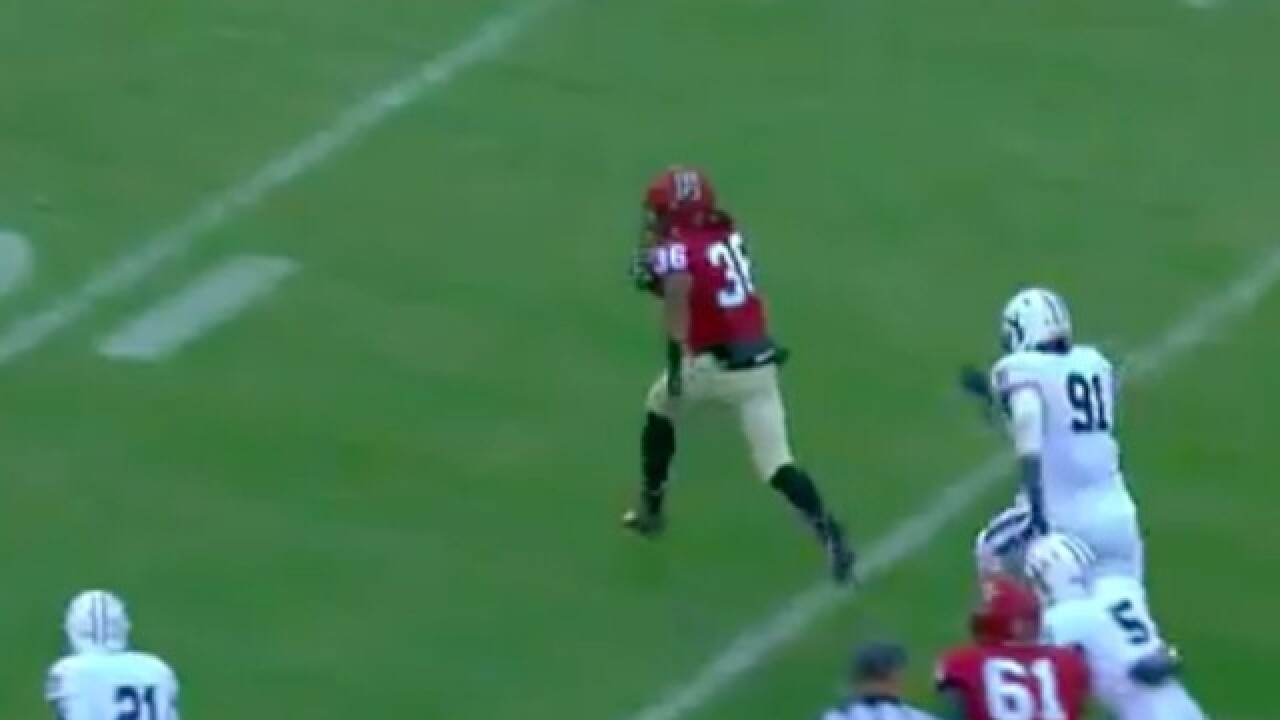 Well, this is conduct hardly becoming of a Harvard gentleman...

During Harvard's annual football game vs. Yale on Saturday, running back Devin Darrington scored a touchdown to increase Harvard's lead in the fourth quarter.

Except... Darrington did something not too smart -- especially not for someone who attends the nation's most prestigious university. While running toward the end zone, the sophomore proceeded let a Yale defender know he's No. 1.

Did he raise the middle finger, or the index finger? After the game, Darrington said it was the latter.

Either way, the touchdown was called back due to a taunting penalty, and Harvard had to settle for a field goal.

Harvard lost a touchdown because their running back gave a Yale defender the finger pic.twitter.com/4qf2LauQuE

Fortunately for Darrington, Harvard went on to win anyway, 45-27.