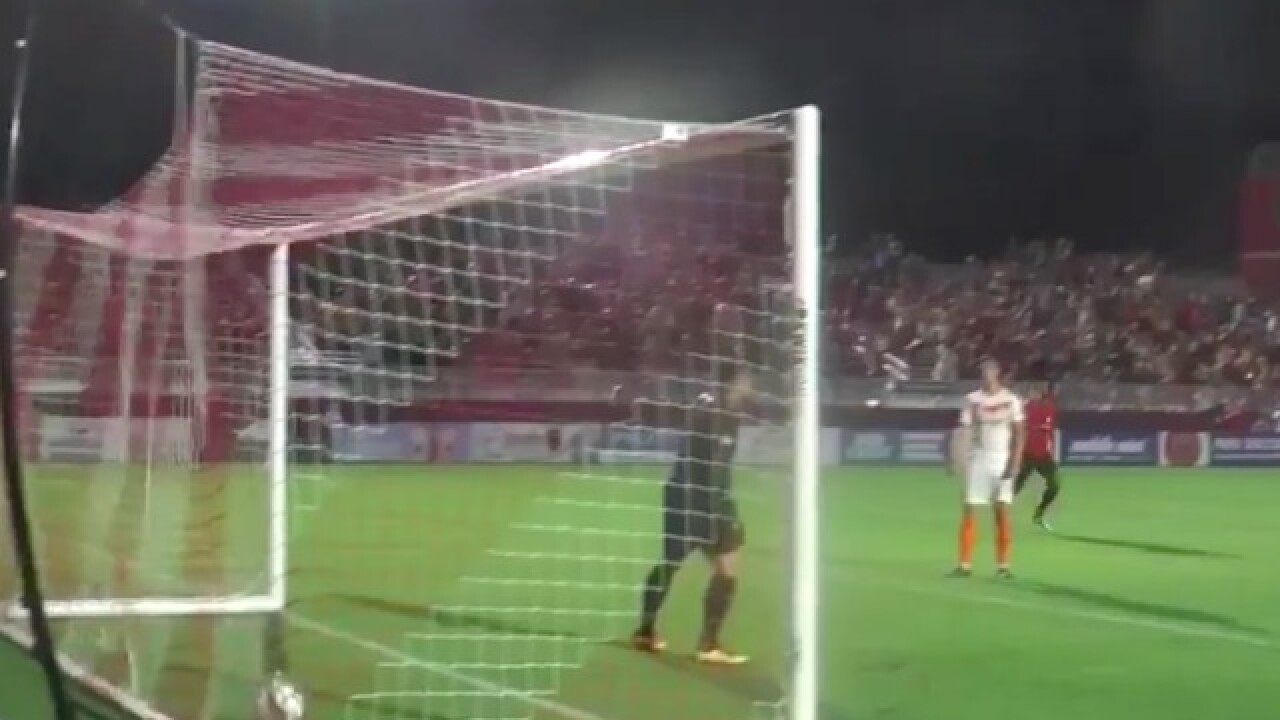 Forget the World Cup -- the most incredible goal in the soccer world Saturday came via the left foot of Phoenix Rising's Jason Johnson.

Late in the first half of Saturday night's game vs. the visiting Tulsa Roughnecks, the Jamaican-born Johnson put Phoenix Rising ahead 2-0 with this spectacular shot in front of a sold-out crowd of 6.273. It was his team-leading seventh goal of the season.

Phoenix Rising, which went on to win the game 3-0, is undefeated (3-0-1) in its last four contests and is in second place in the Western Conference of the United Soccer League.