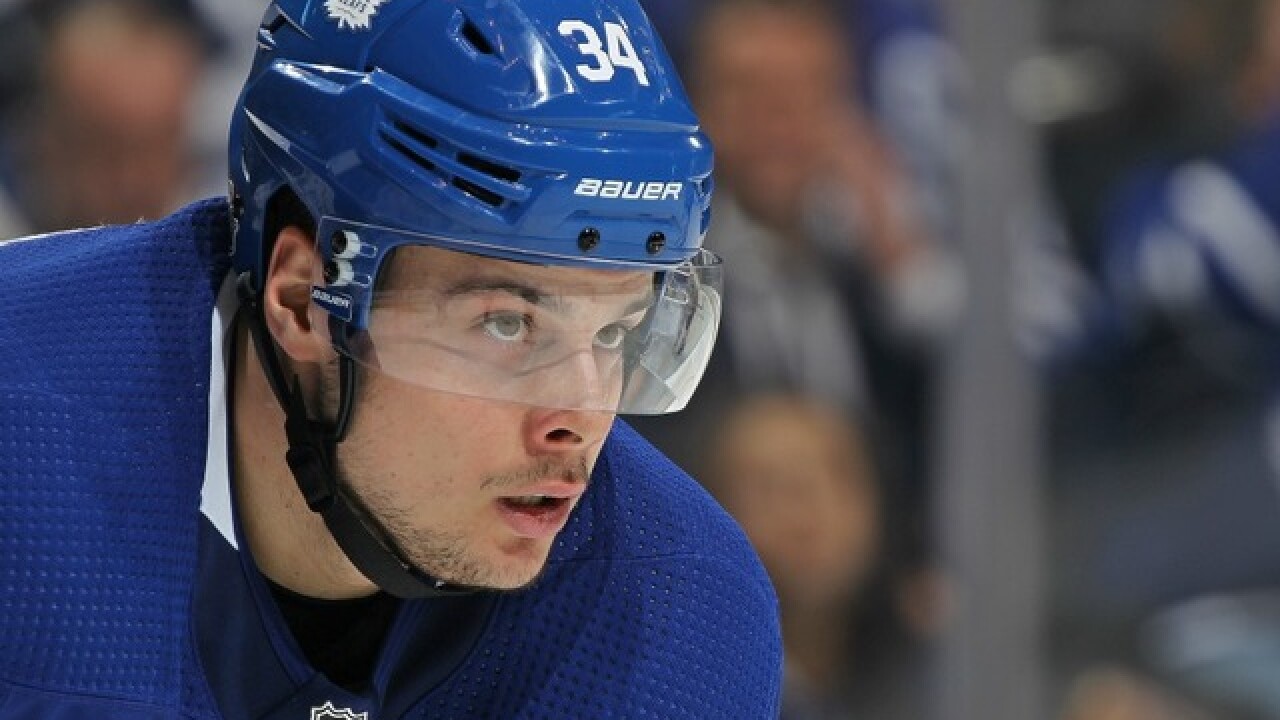 Copyright 2018 Scripps Media, Inc. All rights reserved. This material may not be published, broadcast, rewritten, or redistributed.
Claus Andersen
<p>Auston Matthews #34 of the Toronto Maple Leafs waits for a faceoff against the Boston Bruins in Game Four of the Eastern Conference First Round in the 2018 Stanley Cup playoffs at the Air Canada Centre on April 19, 2018 in Toronto, Ontario, Canada. (Getty Images)</p>

Valley native and Toronto Maple Leafs star Auston Matthews led the NHL in a coveted category this season -- and he's not even legally old enough to celebrate with an adult beverage in the United States.

The 20-year-old Matthews had the top-selling jersey among all NHL players during the 2017-18 season, according to NHL.com. Matthews beat out last year's top-seller, Pittsburgh Penguins star Sidney Crosby, to take the top spot.

The emerging star had the No. 4 selling jersey in 2016-17 when he won the Calder Trophy, given to the NHL's best rookie.

Rounding out the top five jersey sellers in 2017-18 is Connor McDavid of the Edmonton Oilers, Marc-Andre Fleury of the Vegas Golden Knights and Henrik Lundqvist of the New York Rangers.

Matthews, whose family moved to Scottsdale when he was two months old, grew up a fan of Shane Doan and the Arizona Coyotes. He has lived up to the hype since the Leafs selected him No. 1 overall pick in the 2016 NHL Draft, as he has recorded 74 goals and 58 assists in his first two NHL seasons (144 games).