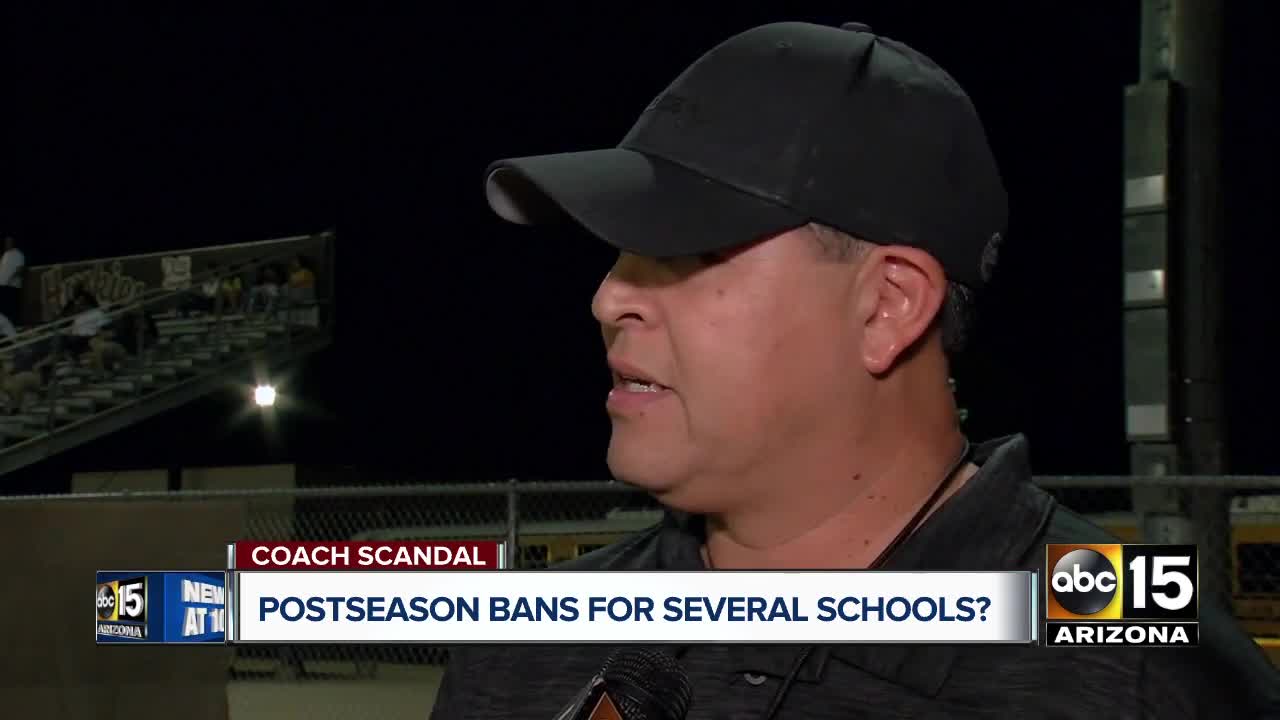 The Tempe Union High School District voted not to accept the resignation of Mountain Pointe High School Coach Justin Hager and to terminate him instead. On Friday, ABC15 spoke to an angry parent at the school's football game. 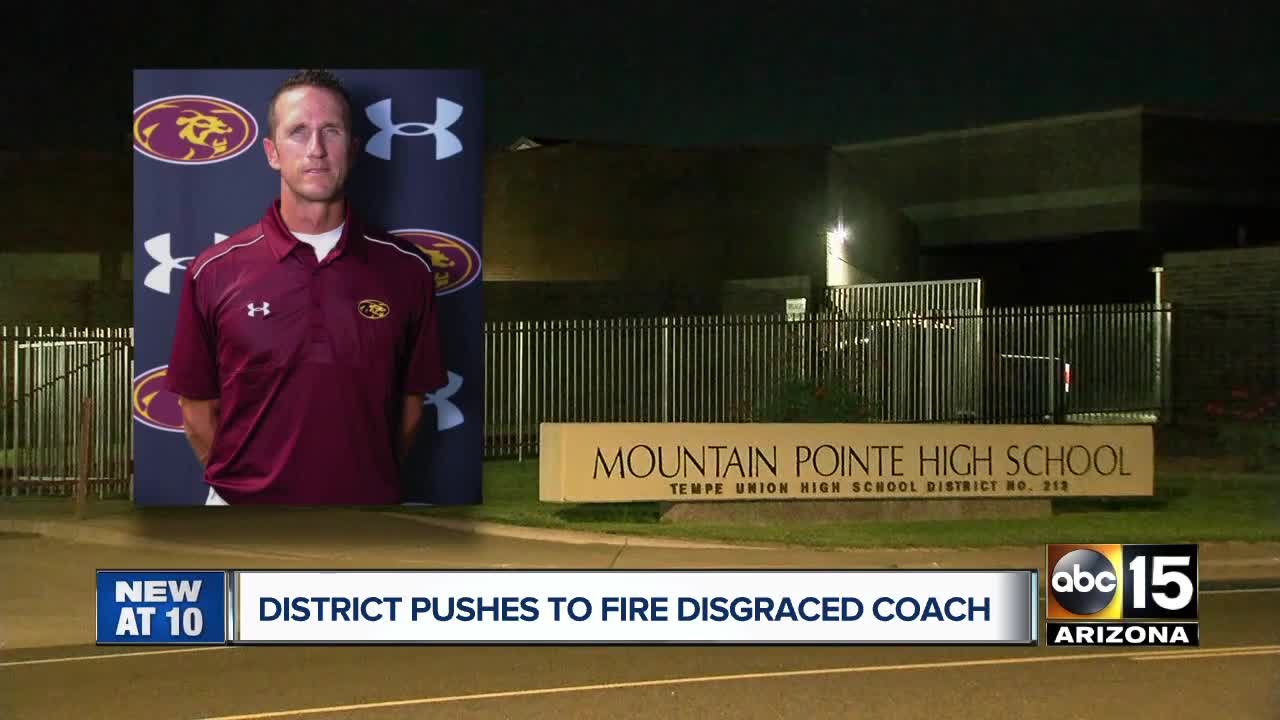 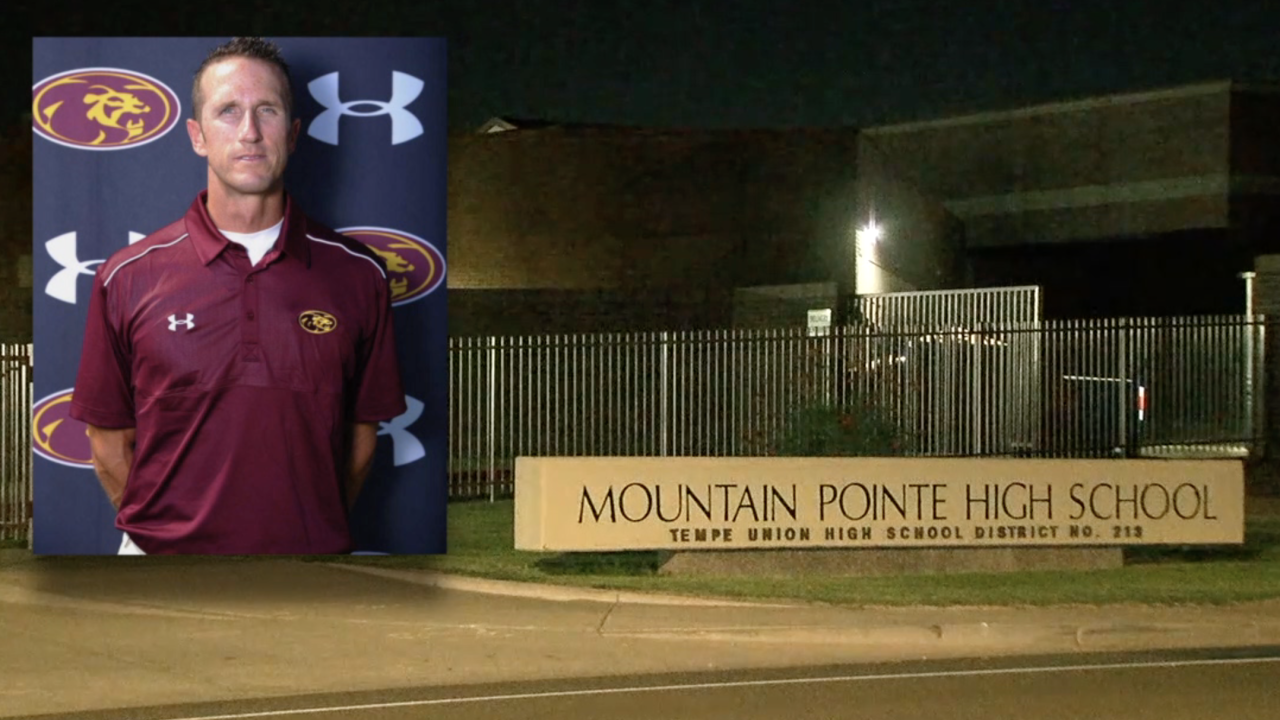 PHOENIX — The Tempe Union High School District has voted not to accept the resignation of Mountain Pointe High School Coach Justin Hager and instead to pursue terminating him.

The teacher and coach with Mountain Pointe High School in Phoenix has been accused of sharing vital information about their sports teams, according to the district.

In a statement released Wednesday night, officials said the vote was unanimous.

"Tonight, the Tempe Union High School District voted 5-0 to not accept the resignation of Justin Hager and to move forward with a formal statement of charges. This is the initial step a school district must take to dismiss a certified employee. The members of the Tempe Union High School District Governing Board are fierce advocates for students,” stated Governing Board President Berdetta Hodge. “The action tonight demonstrates our commitment to putting students first and ensuring all adults on our campuses adhere to our core values and beliefs.”

Hager served as the varsity girls basketball coach and as an assistant coach for the varsity football team at Mountain Pointe.

After a personnel investigation, the coach is now accused of sharing protected information about formations, game plans, signals and player eligibility with opposing coaches for the past three years.

In a letter sent to the AIA, the district says they were made aware of the allegations when Faith Lutheran High School in Las Vegas pointed out the email they received with protected information.

Fox responded to Hager to tell him he was not interested in receiving the protected information, according to emails provided by the district.

"Sir... I don't believe in cheating. We are not looking to gain an unfair advantage. We will prepare as best we can and look to have a great competitive game. Many blessings," Fox wrote to Hager on August 21.

Fox played as a safety in the NFL and serves as a motivational speaker.

Fox said in a statement to ABC15 Thursday: "Simply it was the right thing to do. We only seek to live out the call that we preach to our boys to be men of character, integrity, accountability, and excellence. I have too much respect for the game I played for 18 yrs and coached for the last 7 to buy into cheating and cutting corners. It wasn't done for exposure or attention but because I would have wanted someone to have told me if it were going on and the shoe was on the other foot."

“Our entire campus is shocked at these findings. It is the responsibility of all adults on a high school campus to act with integrity and to put students first in all we do,” stated Mountain Pointe Principal Tomika Banks. “Mountain Pointe students, families and staff are heartbroken to learn our trust was violated by someone we cared for and considered a member of our family.”

The district says information has been passed along to the Arizona Interscholastic Association, including the fact that for three years no opposing programs reported the violations to the district or to Mountain Pointe officials.

“I am at a loss as to why someone would hurt kids in this way. The entire coaching staff at Mountain Pointe is deeply troubled that a trusted adult in our program would actively work against the success of our students,” stated Head Varsity Football Coach Rich Wellbrock.

Tempe Union Superintendent Dr. Kevin Mendivil said, “As a member district of the Arizona Interscholastic Association, we have reported these infractions to the AIA and will cooperate fully with any investigation into these acts. Furthermore, the actions of one person is not representative of this school or our district, and we believe this should serve as a call to action for every adult in a leadership role with students to recommit to acting with integrity, whether in the classroom or on the field of competition.”

Hager has at least 15 years of coaching experience, including being named the AIA Division II Coach of the Year in 2013-2014 while coaching girls basketball at Cibola High School in Yuma.

ABC15 has reached out to the AIA for comment on the investigation, but has not received a response.