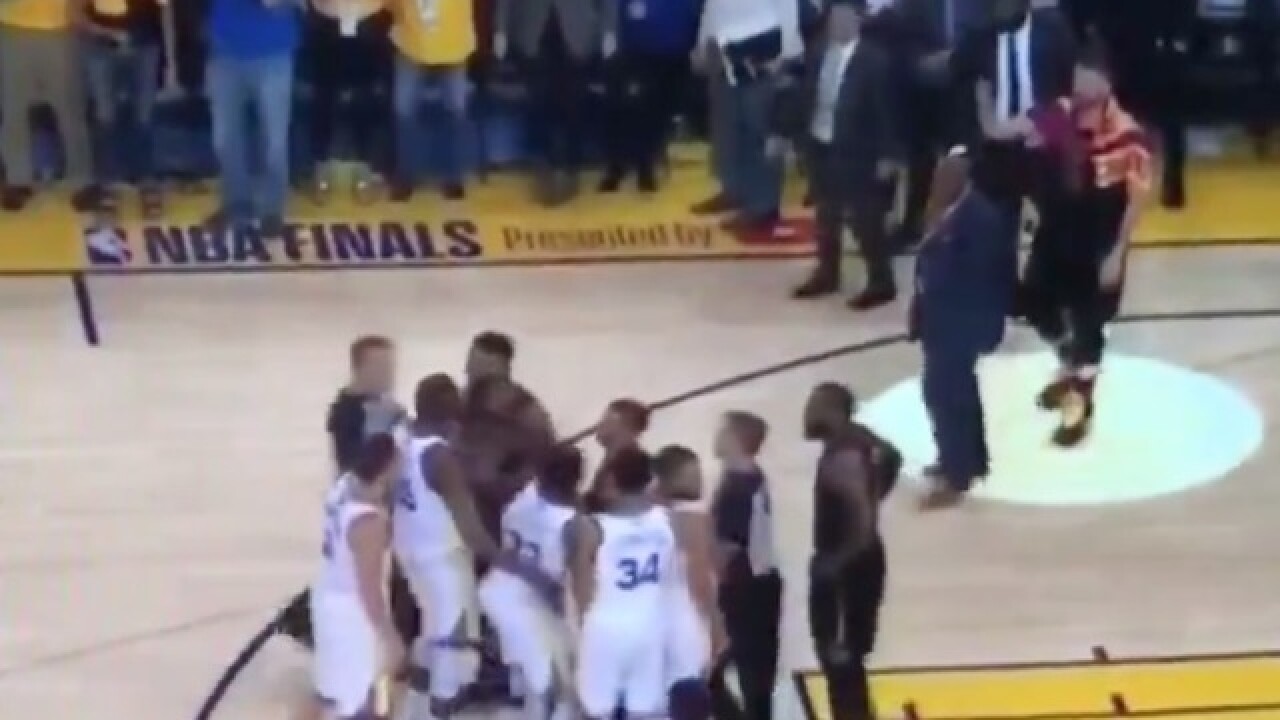 Cleveland Cavaliers forward Kevin Love will reportedly NOT be suspended for doing something rather similar to what two Phoenix Suns players were famously suspended for doing during a crucial playoff series 11 years ago -- a decision that has caught the attention of the player at the center of that controversy.

Every Suns fan knows the story of the 2007 NBA playoffs: With the Suns on the verge of evening their best-of-seven Western Conference Semifinals series with the Spurs at two games apiece, Spurs forward Robert Horry hip-checked Suns star point guard Steve Nash into the scorer's table. This caused a pair of Nash's teammates, Amar'e Stoudemire and Boris Diaw, to jump off the Phoenix bench in defense of their teammate.

Per NBA rules, players on the bench who enter the court of play are subject to suspension -- and much to the chagrin of Suns fans, the NBA followed the letter of the law and suspended Stoudemire and Diaw for Game 5 of the series in Phoenix. The Suns lost Games 5 and 6 to the Spurs, who went on to win the 2007 NBA championship.

Fast-forward to Game 1 of the 2018 NBA Finals on Thursday night: Love clearly came off the Cavaliers' bench during a last-second altercation between members of his team and members of the Golden State Warriors. But per reports Friday, Love will not face a suspension for doing much the same thing Stoudemire and Diaw did.

Guys, Kevin Love (who was NOT in the game) was on the floor during the skirmish at the end while there was still time on the clock. Probably should be ignored but I don’t know if the league is allowed to overlook it pic.twitter.com/cXRNQ6PWKs

The likelihood that Love will not be suspended caused Nash, who serves as a player development consultant for the Warriors, to respond with a pair of inquisitive emojis via Twitter on Friday morning.

As ESPN researcher Paul Casella noted, the NBA is more lenient in these situations than they used to be. Four years ago, the NBA declined to suspend then-Pacers forward Paul George for a similar incident.  Of course, this kind of common-sense interpretation of the rule does nothing to help the 2007 Suns.

Also, take this for what it's worth: Raja Bell, who played on that 2007 Suns team, later learned from Nash himself that Horry's hip check wasn't quite as vicious as Nash made it out to be. Did Nash sell the foul a bit too much -- and if he hadn't, would Stoudemire and Diaw have stayed on the bench and been eligible for Game 5?

In any event: Love's reported non-suspension has forced many Suns fans to relive one of the most painful moments in the history of the franchise.