Eric Bledsoe appears upset about being sat for rest of season 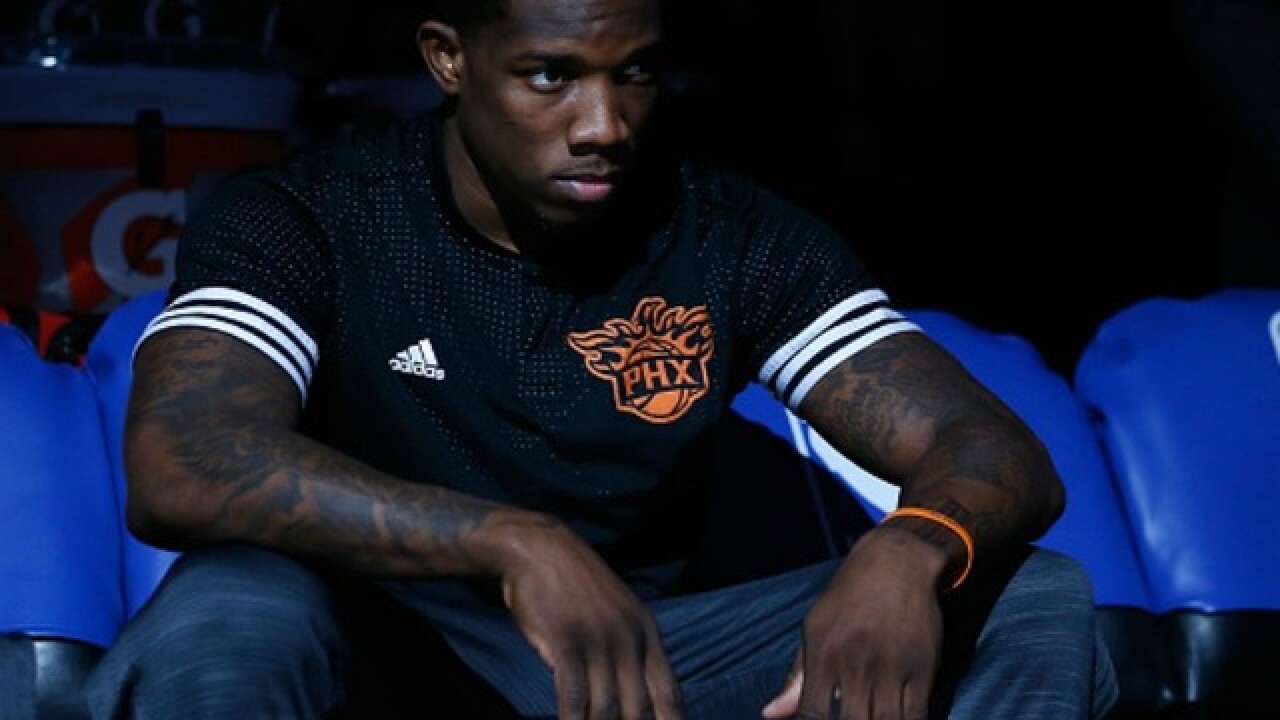 The Phoenix Suns have reportedly decided to shut down star guard Eric Bledsoe for the final 14 games of the regular season, officially due to knee soreness.

Bledsoe doesn't seem happy about that decision -- and it doesn't look like Suns coach Earl Watson is, either.

The sixth-year guard out of Kentucky didn't play in the Suns' loss to the Kings on Wednesday night -- and when asked about Bledsoe's absence, Watson said it was a "management decision" and "I don't think any coaching staff would hold Bled out."

RE: Eric Bledsoe being shut down, here’s the full Earl Watson quote on the #Suns holding him out tonight. Take from it what you will: pic.twitter.com/DVi9hEVBhg

Moments after Watson's comments, Bledsoe appeared to sum up his feelings with a single tweeted emoji.

Bledsoe has averaged a career-high 21.1 points per game this season, just a fraction below Suns leading scorer Devin Booker, and his 6.3 assists per game are also a career best. He recorded a dozen 30-point games, including three 40-point games, during his 2016-17 campaign.

Bledsoe isn't the only veteran player to be sidelined by the Suns down the stretch, as 15th-year center Tyson Chandler and fifth-year guard Brandon Knight have both missed the Suns' last 11 games. In their place, rookies Marquese Chriss, Tyler Ulis and Alan Williams have seen expanded playing time.

Those decisions led Deadspin's Tom Ley to state what many are thinking: the Suns are "tanking" in order to secure a high pick in the 2017 NBA Draft. The Suns' 22-46 record is the second-worst in the NBA ahead of only the Brooklyn Nets.