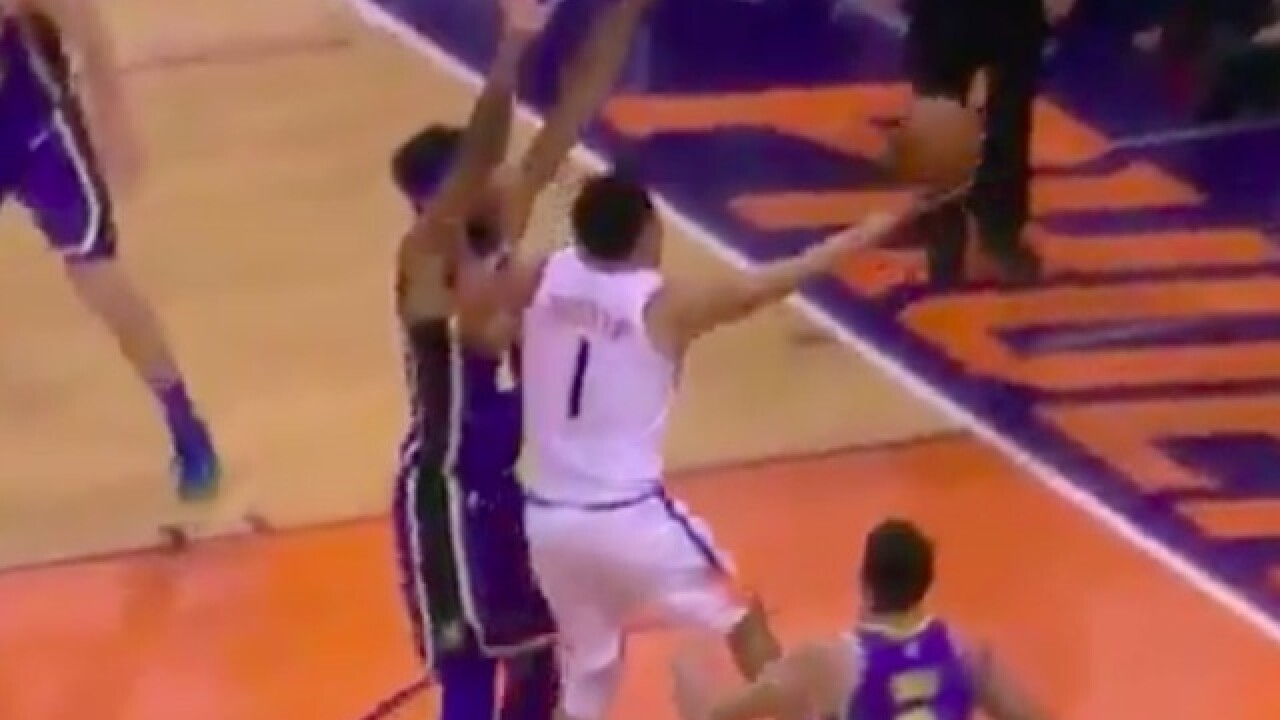 Phoenix Suns guard Devin Booker suffered a strained left hamstring in the third quarter of the Suns' game vs. the Los Angeles Lakers on Wednesday night, the team announced.

The injury appeared to occur on a play in which Booker was driving toward the basket late in the third quarter.

Booker scored a team-high 23 points and added seven rebounds and seven assists before exiting the game. The Suns fell to the Lakers 131-113 for their third straight loss, dropping them to 1-3 this season.

Devin Booker said he’s not sure what happened with the play where he hurt his hamstring. Will “sleep it off” and get it looked at by the training staff tomorrow. Said it was a bad step, kinda felt “like a cramp, but not really.”

"Figuring it out sooner ... is going to be better for us." Devin Booker assesses the #Suns through 4 games, and offers an update on the strained hamstring that forced him from the 131-113 loss to the #Lakers. pic.twitter.com/gYQG9FtFAq

In July, Booker signed a 5-year, $158 million extension with the Suns, the most lucrative contract in team history. Last month, Booker underwent surgery on his right hand, causing him to miss the entire preseason. He returned in time for the Suns' regular-season opener last week.