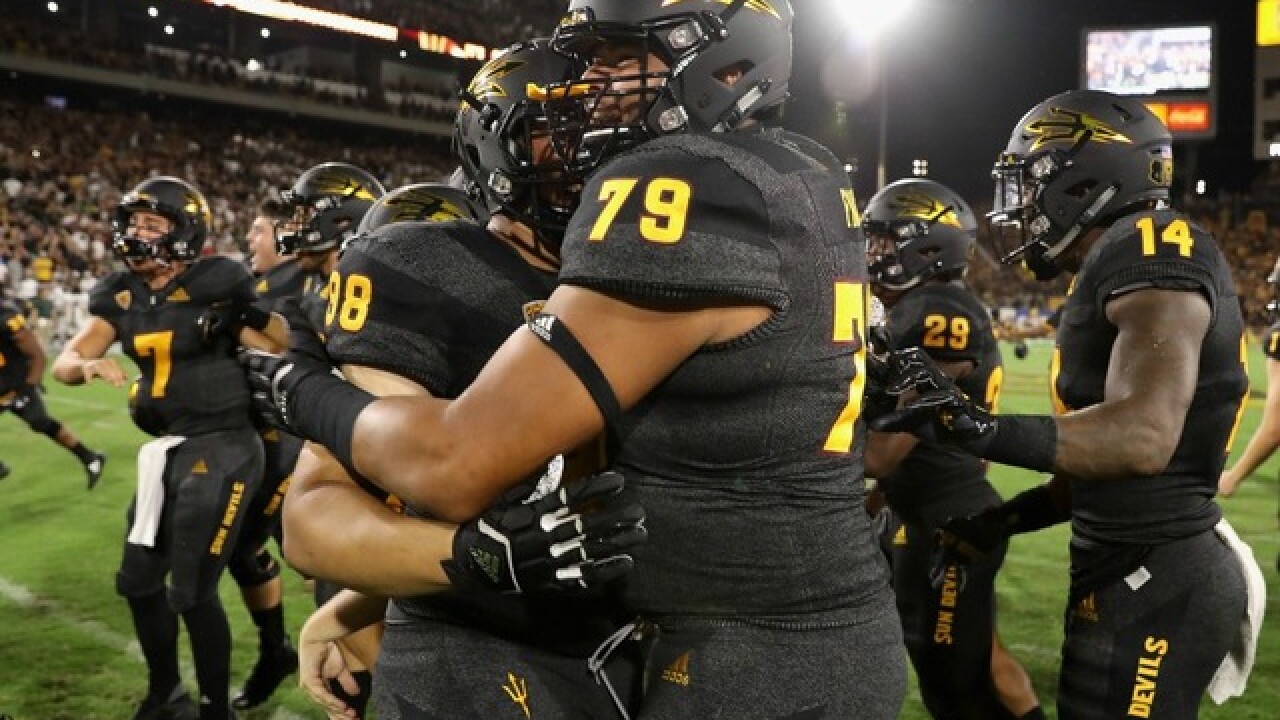 Arizona State (2-0) got the Herm Edwards era off to a rousing start with a 49-7 rout of UTSA in its opener. Faced with a bigger challenge, the Sun Devils never flinched, scoring 13 points in the fourth quarter to knock off the Spartans.

Wilkins hit N’Keal Harry on a tying 27-yard pass early in the fourth quarter, then orchestrated the last drive to set up Ruiz’s winning kick. The Sun Devils are 10-0 against Big Ten teams in Tempe.

Getting a comeback win over a ranked opponent is twice as nice. 😏

Michigan State (1-1) had a hard time shaking Utah State to win its opener by seven. The Spartans had a similar problem with Arizona State after three drives inside the Sun Devils 10 resulted in two field goals and an interception.

Brian Lewerke, who played at nearby Pinnacle High School, threw for 314 yards and a touchdown for the Spartans, who are 1-13 in regular-season games out West.

Michigan State had some success with its ball-control offense in the first half, twice driving inside Arizona State’s 5-yard line. The Spartans came away with three points.

They were set to go for it on fourth-and-1 from the Sun Devils 14 on one drive, but had to settle for Matt Coghlin’s 37-yard field goal after a false start. The next drive ended when Lewerke had a tipped pass intercepted by Arizona State’s Dasmond Tautalatasi in the end zone.

Michigan State opened the second half with another good drive, reaching the Arizona State 7. It resulted in Coghlin’s second field goal, from 28 yards, after Lewerke tripped on a lineman’s foot.

The Spartans finally found the end zone late in the first half, when Lewerke threw under pressure to Cody White, who fought off a defender for a 31-yard touchdown to put Michigan State up 13-3.

The Sun Devils had a hard time sustaining anything on offense in the first half, plagued by a couple of deep misses by Wilkins and seven negative-yardage plays.

Ruiz hit a pair of field goals to pull Arizona State to 13-6 and the Sun Devils needed two plays to cover 65 yards on the Wilkins-to-Harry touchdown.