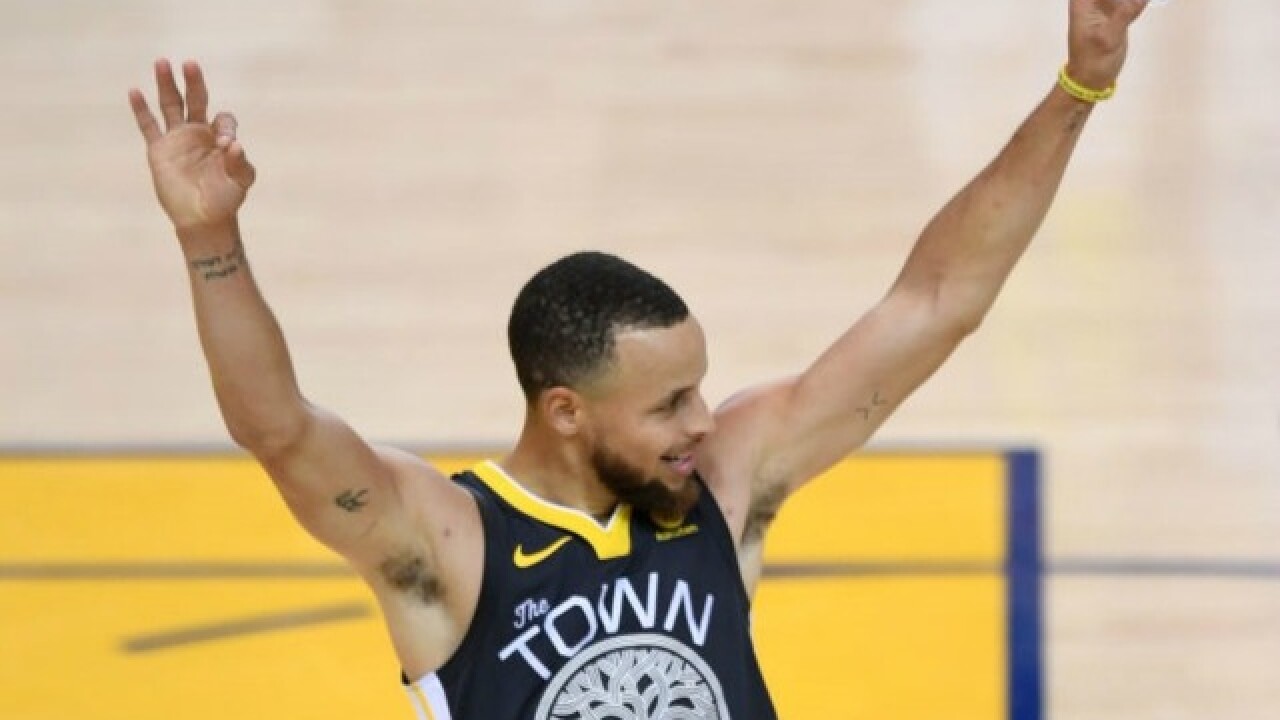 Copyright 2018 Scripps Media, Inc. All rights reserved. This material may not be published, broadcast, rewritten, or redistributed.
Thearon W. Henderson
<p>Stephen Curry #30 of the Golden State Warriors reacts against the Cleveland Cavaliers during the fourth quarter in Game 2 of the 2018 NBA Finals at ORACLE Arena on June 3, 2018 in Oakland, California. (Getty Images)</p>

Stephen Curry made an NBA Finals-record nine 3-pointers and scored 33 points to lead Golden State to a 122-103 victory and a 2-0 series lead over the Cleveland Cavaliers.

Curry hit five 3s in the fourth quarter as the Warriors turned it into a romp after the Cavaliers were within seven points early in the period. He added eight assists and seven rebounds.

All 9 (!) of his record-breaking 3-pointers. pic.twitter.com/R3WLDWfQK5

Curry passed Ray Allen, who made eight 3s in a 2010 game, and also moved ahead of LeBron James into the career lead with 90 3-pointers in the NBA Finals.

Teams that win the first two games of an NBA Finals series have gone on to win the championship 88 percent of the time. Game 3 will take place in Cleveland on Wednesday beginning at 6 p.m. Arizona time on ABC15.