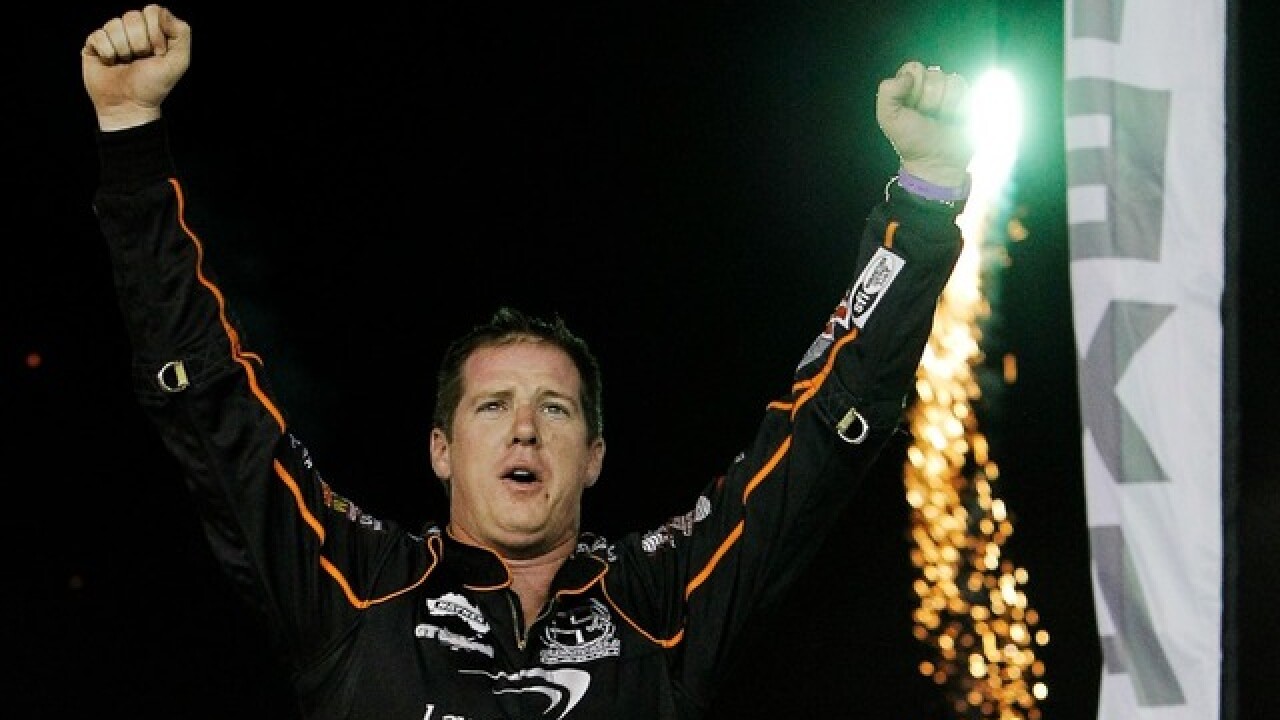 Johnson was injured during a World of Outlaws race Saturday night at the 1/3-mile-long dirt oval, the series said. It said the driver from Eunice, Louisiana, crashed on lap 18 of a 40-lap race while racing for the lead and was taken to a hospital.

The series posted a message Sunday morning on Twitter saying that Johnson had died.

A message posted on the Twitter account for Jason Johnson Racing said the team was "heartbroken and saddened to tell you that we have lost our leader, friend, family member and our hero."

With heavy hearts, we inform you of the passing of Jason Johnson. Our thoughts and prayers are with his family and friends. Please send prayers and respect their privacy. https://t.co/VLxy5oUjvE

Condolences poured in on social media. NASCAR drivers woke up to news of Johnson's death hours before their race in California.

"Won some races, and championships together. Jason was a great leader for his team and strong man for his family," Ricky Stenhouse Jr. wrote on Twitter. "He went about things his own way and was really fun to watch."

Tony Stewart Racing said it was heartbroken as it mourned Johnson's death.

"While fierce competitors on-track, the racing family has a bond that's unbreakable," the team wrote. Johnson won the 2016 Knoxville Nationals in Iowa.

The racing community has seen several drivers die in crashes in recent years.

The following year, Formula One driver Jules Bianchi suffered head injuries in the Japanese Grand Prix that ultimately cost him his life. Sprint car driver Scott Semmelmann died in 2014 during a wreck at practice at Beaver Dam.

Justin Wilson was killed when he was struck in the head by a piece of debris during an IndyCar race at Pocono in 2015.

A year later, Bryan Clauson died from injuries suffered in a crash during a race in Kansas. The popular Clauson was widely considered the best dirt-track racer in the nation.