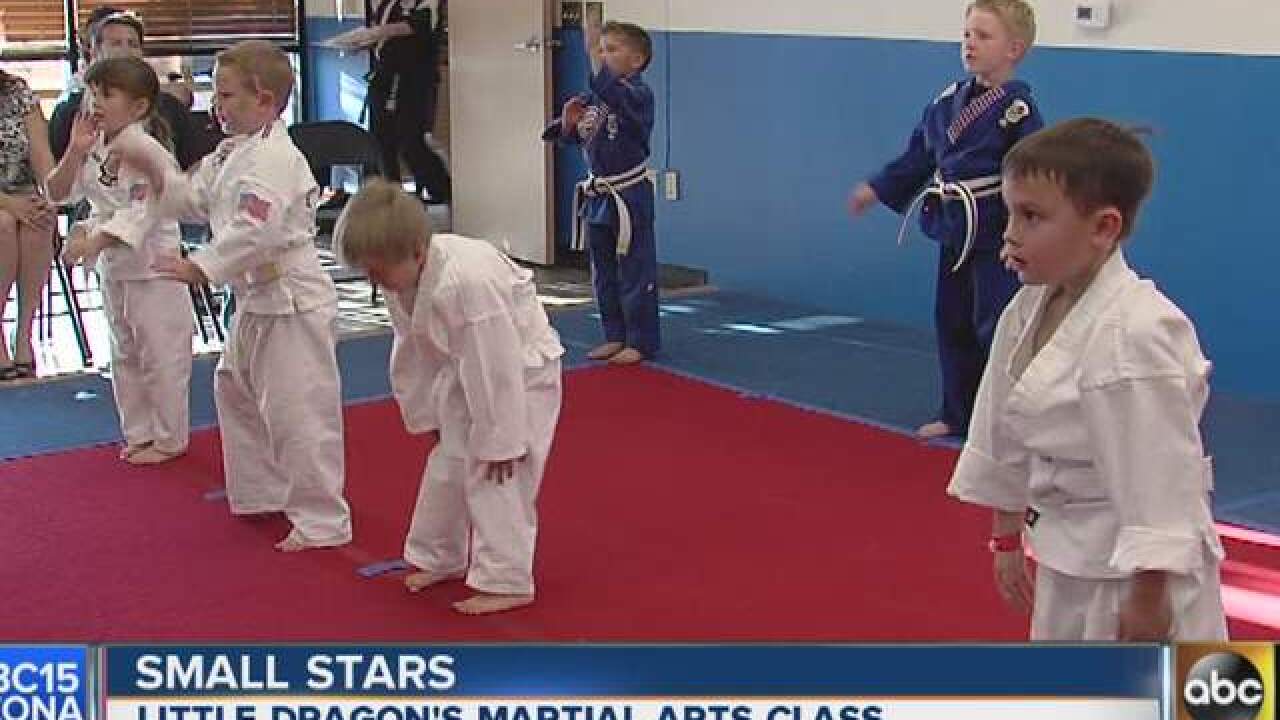 The Little Dragons at DePalma's Martial Arts Studio in Gilbert is the home to some high kicking, hard punching, fast rolling students.

These guys and gals have learned that it's not all about the hard strikes. Instead, it's about integrity. Young Austin even told us that it's, "not nice to lie."

These kids showed off their signature moves. Tanner even showed us a move he made up and then named "The Dragon."

If you know of a Small Star, let us know and maybe we'll come out to feature your little one.