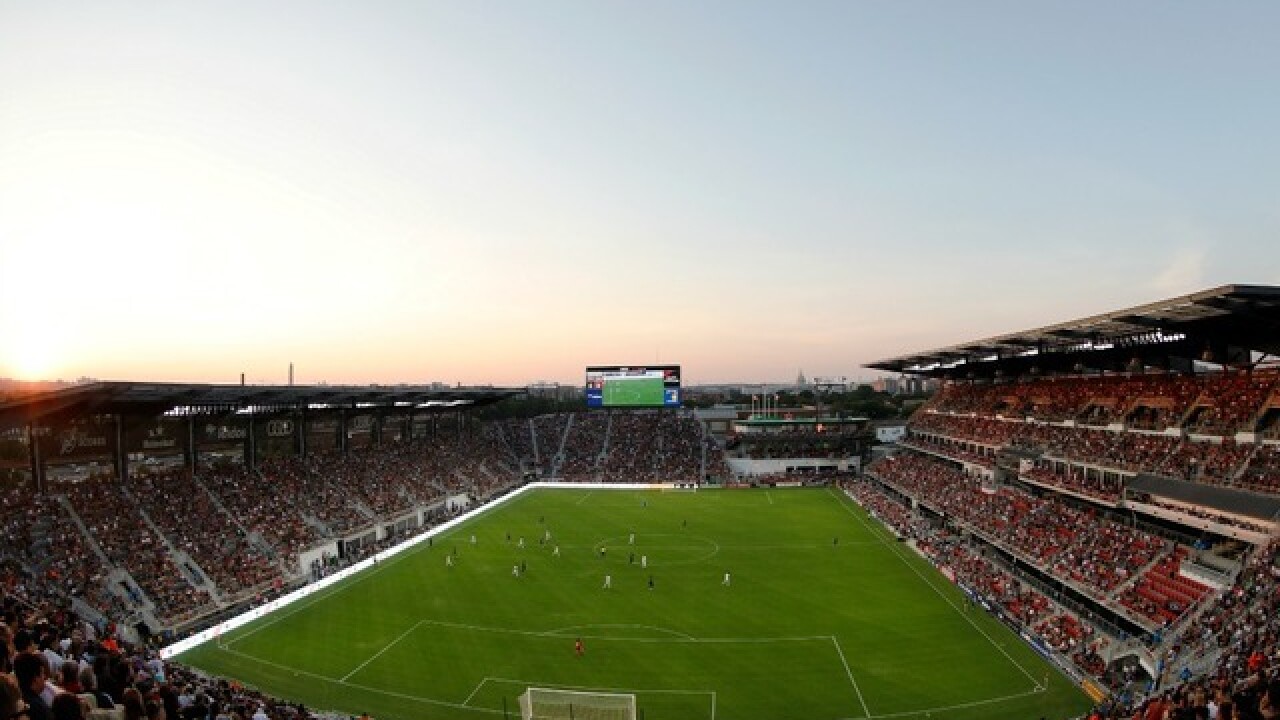 Copyright 2018 Scripps Media, Inc. All rights reserved. This material may not be published, broadcast, rewritten, or redistributed.
Patrick McDermott
<p>A general view in the first half between the Vancouver Whitecaps and D.C. United at Audi Field on July 14, 2018 in Washington, DC. (Getty Images)</p>

The inaugural match at D.C. United's new stadium was marred by a falling railing that hit a reporter shortly before the broadcast was to begin.

News outlets report the railing struck the team's director of communications and sideline reporter, Lindsay Simpson, at Audi Field on Saturday night. The team confirmed she was unable to appear on the broadcast of the match against the Vancouver Whitecaps.

She was treated on-site by medics. The extent of her injuries is unclear.

A team spokesman says Simpson was hit, possibly in the shoulder. Medics treated her on-site.

WJLA-TV reported staffers were seen securing railings with duct tape around the stadium, which cost upward of $400 million. It's unclear whether any other railings fell or if anyone else was struck by debris.

D.C. United went on to triumph 3-1 over the Whitecaps, celebrating the debut of English star Wayne Rooney.

So they’ve had a couple of incidents here at the stadium where sections of railing have fallen - in one incident someone got struck by falling debris. They’ve resorted to duct tape as a temp fix. pic.twitter.com/mgPtckTL4x