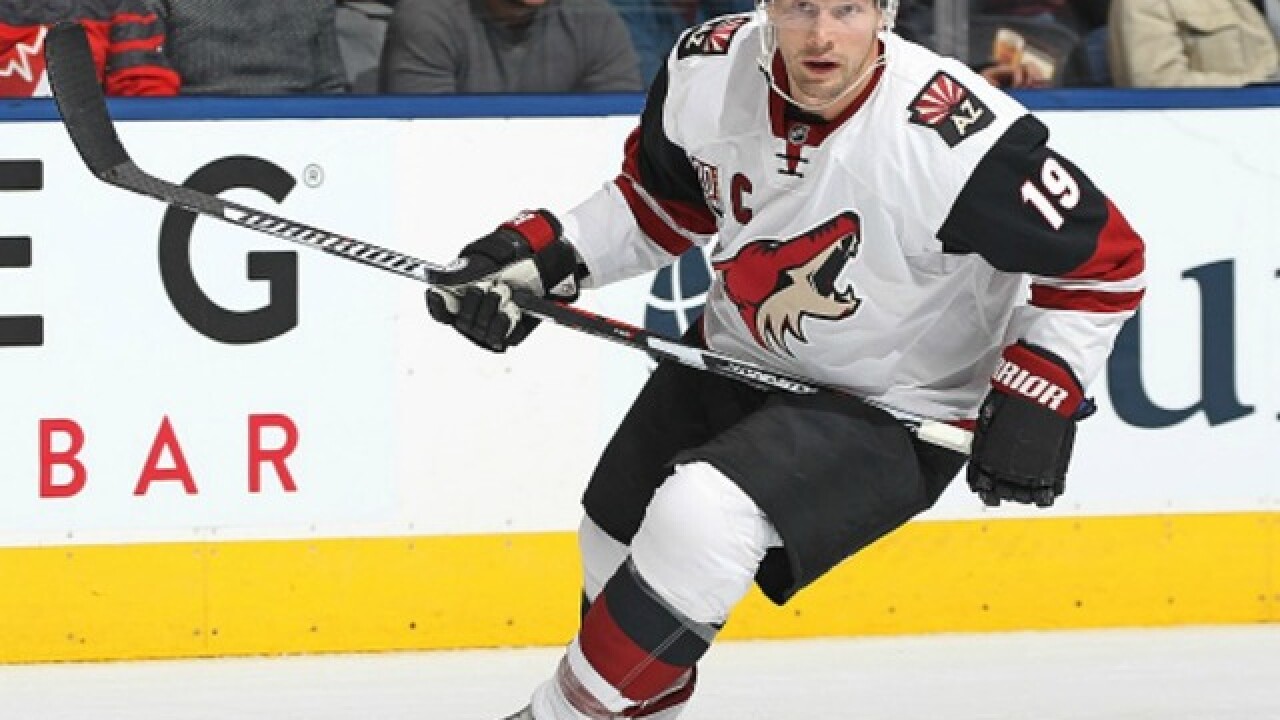 The face of the Arizona Coyotes franchise will soon be honored the way he ought to be: by becoming the first player in franchise history to have his jersey retired.

Doan will have his No. 19 Coyotes jersey retired before the Yotes' Feb. 24 home matchup vs. the Winnipeg Jets, the Coyotes announced Wednesday.

A message from Captain Coyote: pic.twitter.com/suUN3XoBbt

"I am extremely grateful to be the first Coyotes player to have his jersey retired," Doan said in a statement. "I am so proud to have played my entire career for the Coyotes because loyalty and commitment mean everything to me. I want to thank the entire Coyotes organization for this incredible honor. It means so much to my family and me. I have so many great memories wearing the Coyotes jersey and I look forward to celebrating this special night with friends, family and all our great Coyotes fans. I can't wait."

"Shane Doan is Mr. Coyote and a Valley icon," Coyotes president and CEO Ahron Cohen said in a statement. "No one has done more for the Coyotes or the game of hockey in Arizona than Shane. For the past 22 years, Shane has been an incredible ambassador for our franchise and has represented the Coyotes with class, dignity and professionalism. He has given his heart and soul to the Coyotes and is most deserving of this tremendous honor."

A two-time NHL All-Star selection, the 41-year-old Doan played for the Coyotes before they were the Coyotes, as he was selected by the then-Winnipeg Jets with the seventh overall pick in the 1995 NHL Draft. The franchise relocated to Arizona before the 1996-97 season.

Doan served as Coyotes captain in his final 13 seasons with the team and is the Coyotes' all-time leader in games played, goals, assists, points, power-play goals and game-winning goals.

After 21 seasons with the team, the Coyotes announced they were parting ways with Doan in June of last year.

Go here to purchase tickets to the Feb. 24 game and explore other Coyotes ticket options for 2018-19.