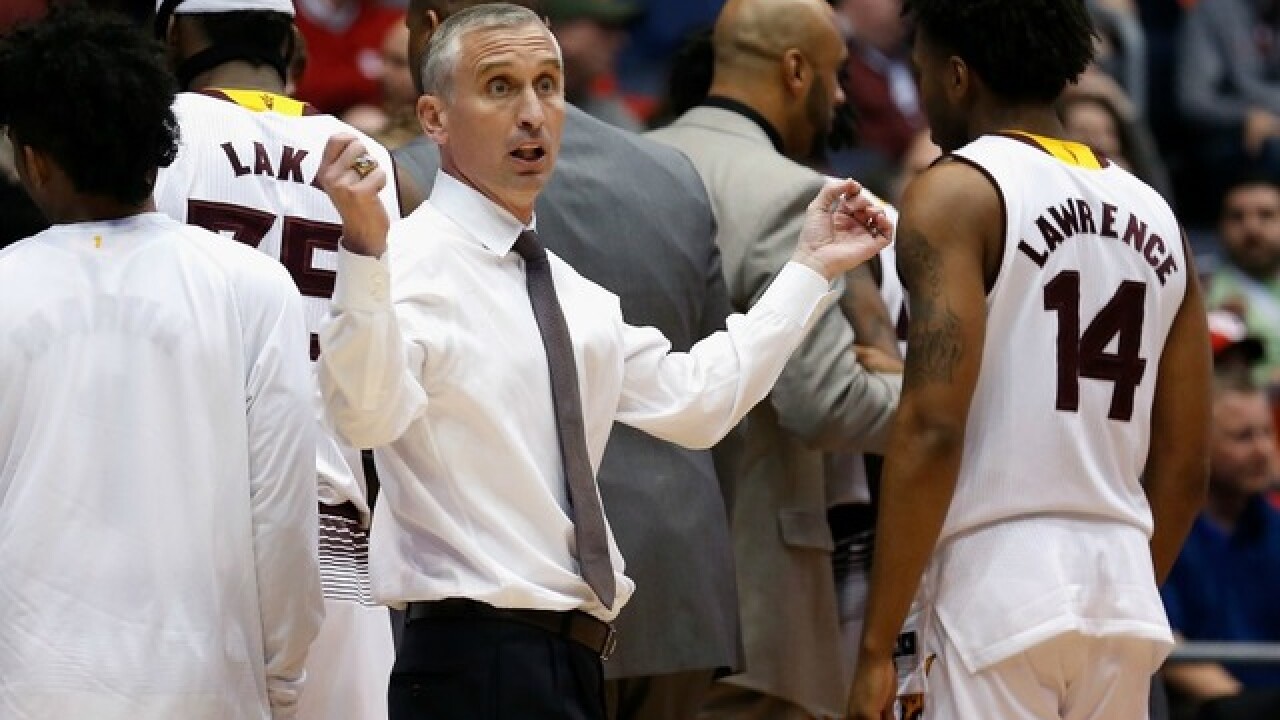 Copyright 2018 Scripps Media, Inc. All rights reserved. This material may not be published, broadcast, rewritten, or redistributed.
Kirk Irwin
<p>Head coach Bobby Hurley of the Arizona State Sun Devils reacts in the second half against the Syracuse Orange during the First Four of the 2018 NCAA Men's Basketball Tournament at UD Arena on March 14, 2018 in Dayton, Ohio. (Getty Images)</p>

Devils fight but fall to Syracuse.

Our season might be over, but it's only the beginning of something bigger. Thanks, fans, for sharing this amazing journey with us! pic.twitter.com/pYApTHUH6m

A 3-pointer by senior guard Kodi Justice put ASU ahead 49-42 with seven minutes to play, but the Orange responded with an 8-0 run to take the lead.

Justice hit another 3-pointer with just over four minutes left to give the Devils the lead, 52-50.

But Syracuse scored the game's next five points to reclaim a lead that they would not let slip away.

Trailing by three points in the final seconds, senior guard Shannon Evans' 3-point attempt was off the mark, and Syracuse hit one of two free throws with less than a second remaining to seal the victory.

ASU's 56 points were a season low, and the Devils went just 3 of 10 from the free-throw line.

The Devils opened the season a perfect 12-0 that included wins over NCAA Tournament No. 1 seeds Kansas and Xavier, and they were the last remaining undefeated team in the country. They were ranked as high as No. 3 nationally, matching their highest-ever ranking. But they went just 8-10 in Pac-12 play and fell to Colorado in the first round of last week's Pac-12 Tournament.

The Devils were granted an NCAA Tournament bid despite their poor finish to the season, advancing to the Big Dance for the first time in four years.