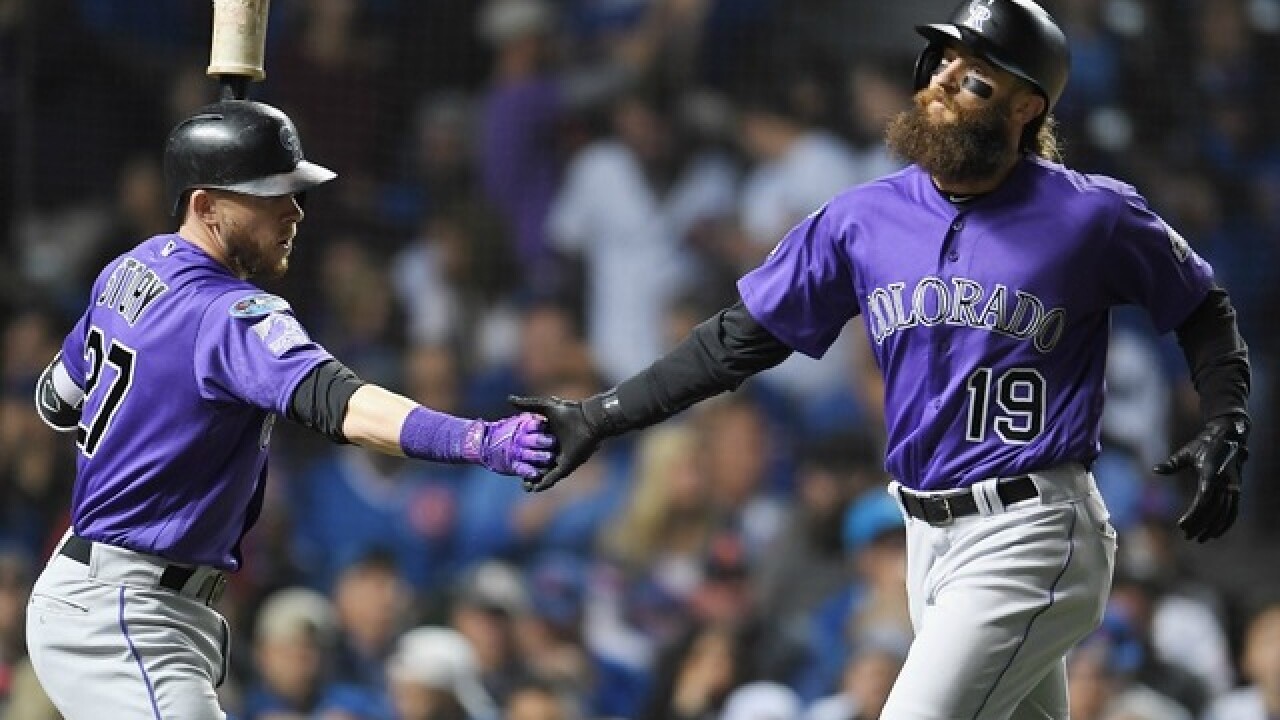 Copyright 2018 Scripps Media, Inc. All rights reserved. This material may not be published, broadcast, rewritten, or redistributed.
Stacy Revere
<p>Charlie Blackmon #19 celebrates with Trevor Story #27 of the Colorado Rockies after scoring a run in the first inning against the Chicago Cubs during the National League Wild Card Game at Wrigley Field on October 2, 2018 in Chicago, Illinois. (Getty Images)</p>

The Colorado Rockies are moving on in the 2018 playoffs after defeating the Chicago Cubs in the longest winner-take-all game in Major League Baseball history.

The Rockies' 2-1 win over the host Cubs in the National League Wild Card Game on Tuesday night lasted 13 innings, beating out the previous record of 12 innings, which occurred twice: in Game 7 of the 1924 World Series, and the 2014 American League Wild Card Game. The game was also the longest playoff game in Wrigley Field history.

Tony Wolters' two-out base hit in the top of the 13th inning drove in Trevor Story for the winning run for the Rockies, who move on to face the Milwaukee Brewers in a best-of-five National League Division Series. The Cubs, who lost to the Brewers in a National League Central division tiebreaker on Monday, have been eliminated.

The game ended after midnight in Chicago.

The Rockies lost to the Los Angeles Dodgers on Monday in the National League West division tiebreaker, sending the Rockies to Tuesday's Wild Card matchup. The Dodgers will face the Atlanta Braves in the other National League Division Series.

The Rockies move on to the NLDS after one of the longest games in postseason history. pic.twitter.com/RpLzKbV2Nw