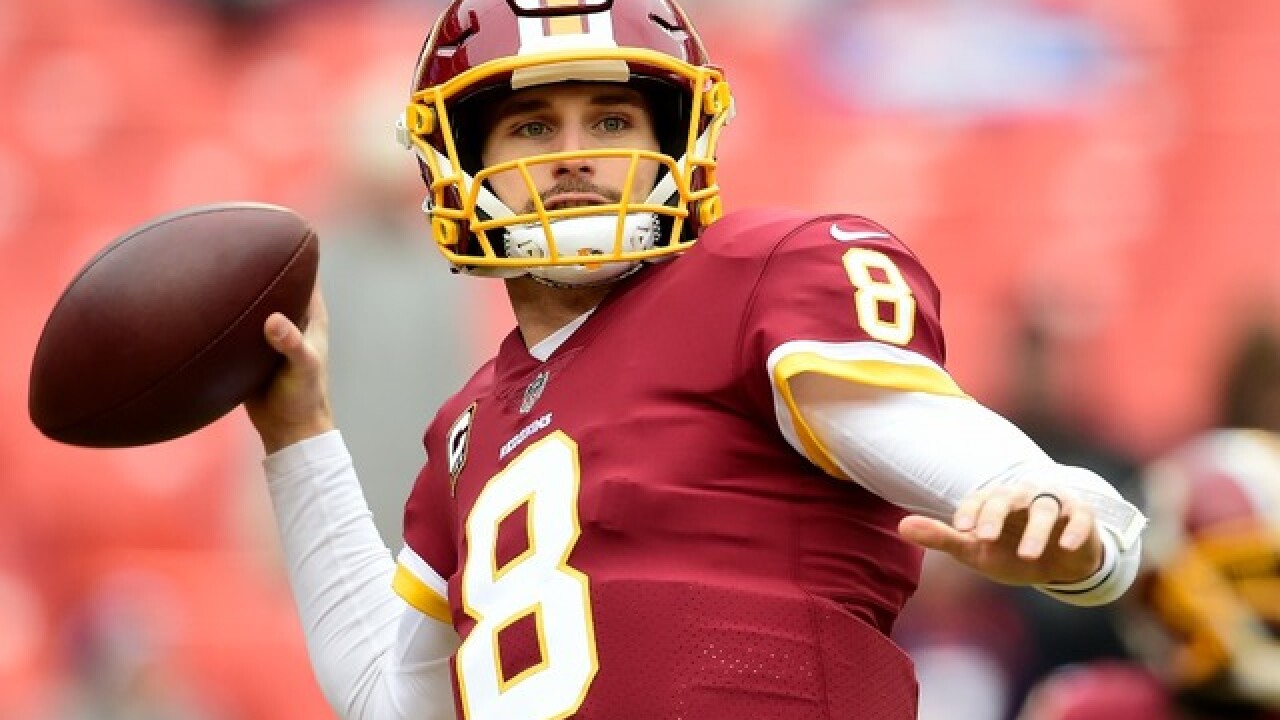 Copyright 2018 Scripps Media, Inc. All rights reserved. This material may not be published, broadcast, rewritten, or redistributed.
Patrick McDermott
<p>Quarterback Kirk Cousins #8 of the Washington Redskins warms up before a game against the Denver Broncos at FedExField on December 24, 2017 in Landover, Maryland. (Getty Images)</p>

The Arizona Cardinals have reportedly lost out on the Kirk Cousins sweepstakes, as the No. 1 NFL free agent on the this year's market is headed from to Minnesota, according to multiple reports.

The 29-year-old former Washington Redskins quarterback will sign a 3-year, $84 million contract with the Vikings on Thursday, ESPN's After Schefter reported Tuesday morning.

The Cardinals were reportedly one of four teams in the running to sign the 29-year-old former Pro Bowl QB, along with the Vikings, Denver Broncos and New York Jets. On Monday, multiple reports said former Vikings quarterback Case Keenum was set to sign with the Broncos, leaving the Cardinals as one of three teams reportedly in contention for Cousins' services.

NFL teams aren't officially able to sign free agents until Wednesday at 1 p.m. Arizona time, but as of Monday, teams are allowed to enter into negotiations with free agents via their agents.

The Cardinals are searching for a new starting quarterback following the retirement of Carson Palmer at the end of the 2017 season. New Cards head coach Steve Wilks has said the team plans to be aggressive in pursuing a top QB, either via free agency, a trade or the NFL Draft.