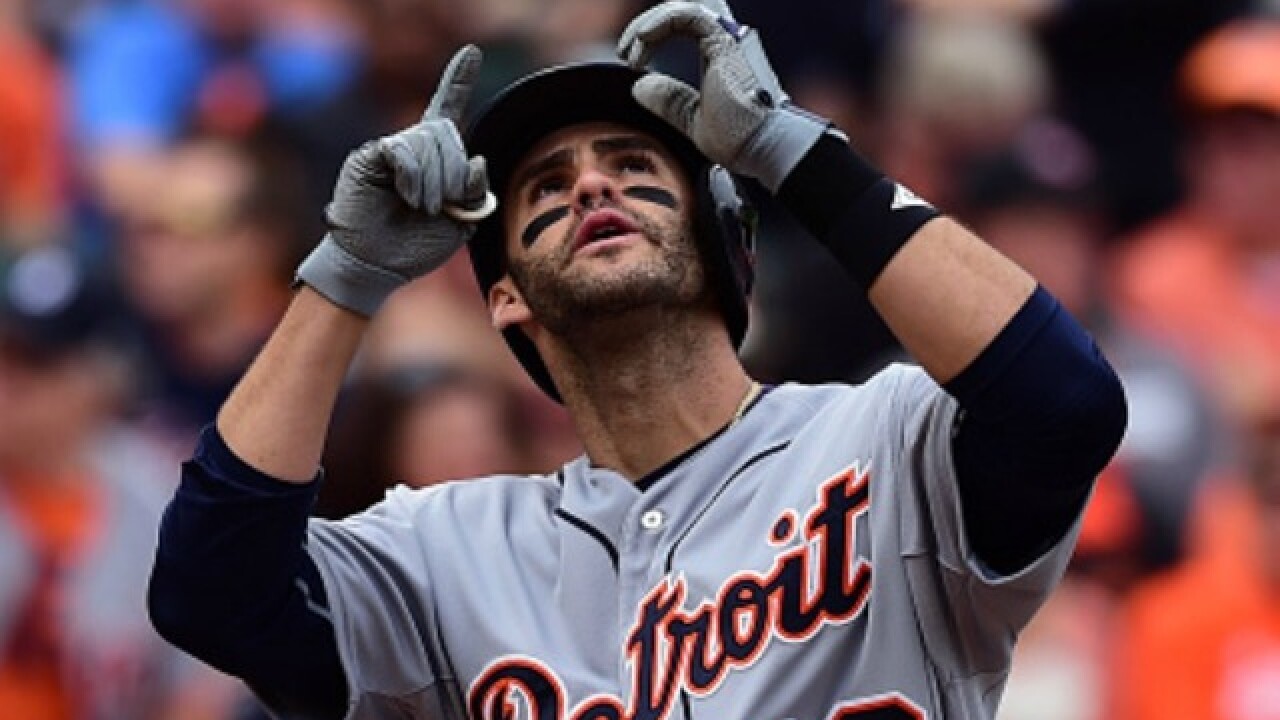 The Arizona Diamondbacks have added a big bat to their lineup by acquiring Detroit Tigers outfielder J.D. Martinez on Tuesday.

The D-backs have sent three minor-league prospects -- infielders Dawel Lugo, Sergio Alcantara and Jose King -- to the Tigers in exchange for Martinez, who is set to become a free agent after this season.

Martinez has played in seven MLB seasons -- his first three with the Houston Astros and his last four with the Tigers. He's a career .283 hitter, and he set career highs with 38 home runs and 102 RBI in 2015. He missed the first month of the 2017 season with a foot injury he suffered during Spring Training.

Martinez is hitting .305 with 16 home runs and 39 RBI in 57 games played for Detroit this season, and he was named the American League Player of the Week last week. He was an All-Star Game selection in 2015.

The D-backs have struggled vs. left-handed pitchers throughout the season, as their .223 batting average vs. lefties is the second-worst mark in the National League. Martinez is hitting .474 vs. lefties this season.